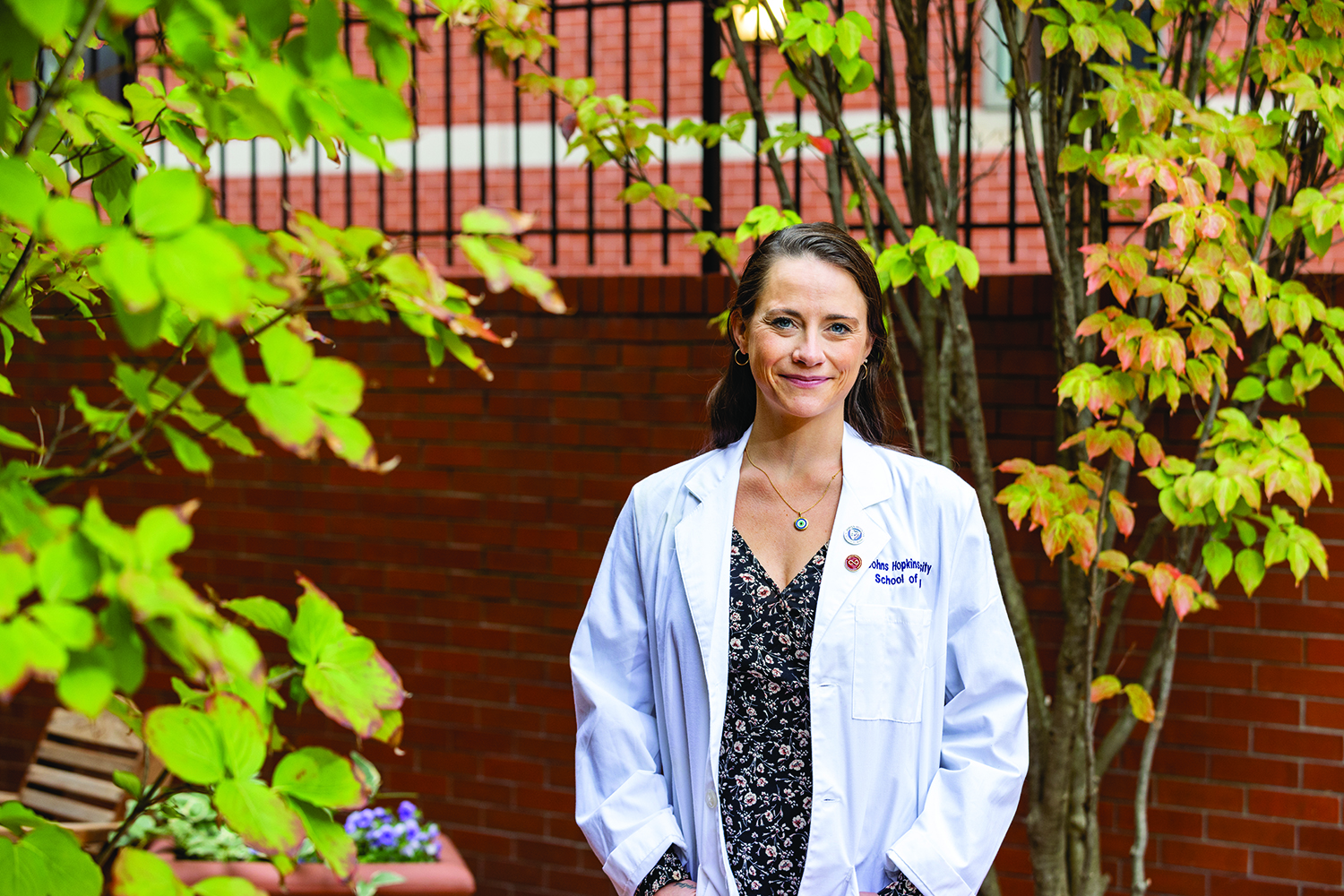 Kelsey Sabo, as a Peace Corps volunteer in Uganda from 2014-18, began to notice the roughly one-week, unexplained, undiscussed absences of female students and teachers each month. Of course they involved the menstrual cycle, in communities where sanitary pads were scarce and girls and women were often bullied for the sudden appearance of blood on skirts. Rather than face the shame and ridicule as well as physical discomfort, they stayed home until the period passed.

This meant missed school, missed work—“about 25 percent of the year or about 9 years for the average menstruating woman’s lifetime,” explains Sabo—and missed opportunities to advance toward self-sufficiency. The answer wouldn’t be as simple as helping women and girls learn to make, and eventually sell, sustainable, reusable menstrual pads (RUMPs). But for “Teacher Ayikoru” (or “Happiness”), as she is still known during return visits, that was a good enough place to start. “In the Peace Corps, it’s not about coming in with a solution. It’s being there to help put the pieces together, to help the community find its own solution.”

Then Sabo, 2022 winner of the Gurtler Scholarship, worked to help the community do more. “How do we get the men and the boys, everyone, involved in this conversation?”

The Peace Corps had assigned Sabo to Pajulu and Awindiri, villages “tucked away in the West Nile region of Uganda,” along the borders of South Sudan and the Republic of Congo. She still remembers waking up in her one-room dwelling at the center of a school compound: roosters, the sun streaming through a window, mosquitos buzzing outside her bed net, and the sounds of a village slowly, subtly coming to life with the sliding of door locks, the swish-swish symphony of thistle brooms across dirt floors, peanuts being ground into butter by mortar and pestle. Sabo lived without electricity, and bathing was by bucket, a skill in which the Master’s Entry student already considers herself a PhD. “I dream of it! I can’t wait to give more bed baths. I can talk to my patients about how I’ve truly perfected bathing out of a bucket or a basin. There’s an art to it.”

What she lacked in language skills, Sabo made up for with humility and a bit of stubbornness—she could laugh at herself for saying words in the wrong tone or altering their meaning entirely, but Sabo never gave up. She’d come equipped with an ability to speak Lugbarati, a language of the Lugbara people. “It helped me earn a lot of respect from my community—sadly, it’s a language that is dying both because of low literacy rates and because the desire to learn English is so strong.” But the sincere efforts of this white outsider to communicate and offer a hand never failed to surprise all who Sabo came into contact with. Motorcycle taxi drivers (boda bodas) would give her a hard time but get a pointed Lugbarati response, usually a question about what their mothers would think. They quickly learned not to underestimate her. Others saw Sabo’s presence as an opportunity to practice speaking English rather than the other way around.

“I knew I could get by on English but I didn’t want to.”

A chance invitation to be a radio guest turned—after a wave of positive feedback—into a show to discuss malaria prevention and other health topics, “from HIV education to addressing gender myths and menstrual health. At the end, community members could call in questions, which was always fun.”

The popular radio station had a TV outlet as well. Sabo started with a segment on making RUMPs. (Disposable pads were difficult to find, expensive, and had a significant ecological cost, filling up pit latrines.) And she went the Ugandan village equivalent of viral. “Most villages had a TV somewhere within range that they would all gather around at night to watch soccer matches”—and Sabo—“so it was an effective way to make health education fun, engaging, and more accessible.”

And in the classroom, over the airwaves, or during sweaty afternoons with other teachers beneath the mango trees with Sabo “just absorbing everything,” messages of love and respect were sent, and received. (“I knew I could get by on English but I didn’t want to. … I was there to become a part of their community and exchange knowledge, just another teacher among them.”)

“I started out in the Peace Corps as every naive volunteer does, ‘I’m going to help everybody. I can do anything,’ ” Sabo says. “Very quickly it evolved into, ‘If I can make a positive impact on one person’s life and share my experience with others back home mindfully, and in a way that redefines the single-story narrative Americans so often see and hear about the continent of Africa, then it will all be worth it.’ ” And so she did. “I knew at the end of my service that I could look at the hundreds of people who made a massive impact on me and identify at least one—I like to think more—I know for sure I made a positive impact on and still keep in touch with today.”

Nursing has been a rewarding but unexpected turn for someone who once spent a summer in Sri Lanka on a whim tending not to humans but to elephants, part of a youthful dream of becoming a large-animal veterinarian. “I worked alongside the handlers, mahouts, at an ethical elephant sanctuary and know an absurd amount about elephant anatomy and physiology. I even still speak the sanskrit language they use to communicate with the elephants.”

As a person who always loved science and animals, eventually Sabo put the puzzle pieces together. The Peace Corps sealed the deal: “Obviously, I did a ton of health education. I was a teacher, but if I don’t have kids in my classroom because they’re sick with malaria or having their periods, I have to address that first before they can ever learn anything.” She worked alongside many doctors and nurses. “Finally, I had a nurse just say to me, ‘Kelsey, why aren’t you a nurse? Everything you do, everything you’re good at, is nursing. … You’re already a nurse. Go get professionally trained in it.’ And that’s when a lightbulb went off.”

Sabo, who today lives in Baltimore with her dog Elephant (or “Ellie” for short), has interest in maternal/child health, emergency medicine, labor and delivery (she’s a birth doula), humanitarian relief, crisis response, and eventually advanced education as a nurse practitioner, midwife, or APRN. She’ll graduate in May 2024.

All admitted or enrolled MSN (Entry into Nursing) students who have served in the Peace Corps will be considered for the John R. and Ruth Gurtler Foundation Scholarship, established in memory of alumna Ruth Ward Gurtler ’29, and awarded to one student each year. Learn more about financial aid and scholarships at the Johns Hopkins School of Nursing at nursing.jhu.edu/financialaid.