Peer inside A. Hoen & Co. (1835-1981) and you can see the bones of old East Baltimore, a neighborhood that has for some time been rattling back to life after decades of blight and neglect.

The skeleton of the long-gone lithography company, once Baltimore’s best known* and an important employer, will form the basis of a project combining a job-training facility, adult literacy center, community space, and offices.

The images that accompany this blog post are from a June 2016 photo tour offered by the building’s current developers, Cross Street Partners, and City Life, who say they are building “a place of opportunity.” Once finished, the 80,000-square-foot industrial space promises to be a funky addition to a neighborhood that has been eager for encouraging signs and is now seeing them.

Take Eager Park, part of the Johns Hopkins East Baltimore Initiative that has replaced dilapidated rowhomes with townhomes targeted toward getting Hopkins employees to live near where they work. Part of the project includes three city blocks of green space in the form of a long park cascading down from Ashland to Biddle streets. The green space features benches, shade trees, and a synchronized fountain for kids (or nursing students) to cool off on, under, or in, plus a playground and a community garden. New apartments have joined 929, a North Wolfe Street building that houses many Hopkins students just a couple of blocks from campus.

Hungry? Now ringing the Eager Park stretch are Atwater’s (coffee, soup, and sandwiches), Helmand (kebabs), and a Starbuck’s Opportunity Café (which offers work training to locals as well as coffee).

Yes, your friends will tell you not to be walking around East Baltimore. It’s an urban neighborhood that has been through more than its share of hard times. But the neighborhood is changing, and Johns Hopkins is playing a part in that. Maybe you should take a look around. 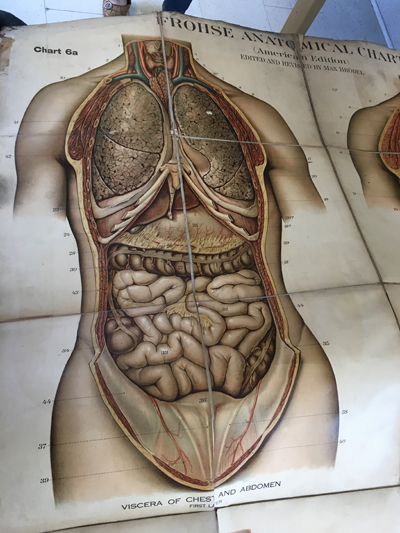 *Fun Johns Hopkins historical note: Found among the many old lithographs in a vault on the site were images printed for Hopkins Medicine.

Steve St. Angelo, the son of an emergency room nurse, is a former editor for U.S. News & World Report, The Baltimore Sun, and Newsday. Since autumn 2012, he has served as the school’s editorial strategist and magazine editor. When not telling the stories of nursing students and researchers, he is very likely running an old printing press at Typecast, a letterpress business he owns with wife Mary Mashburn.