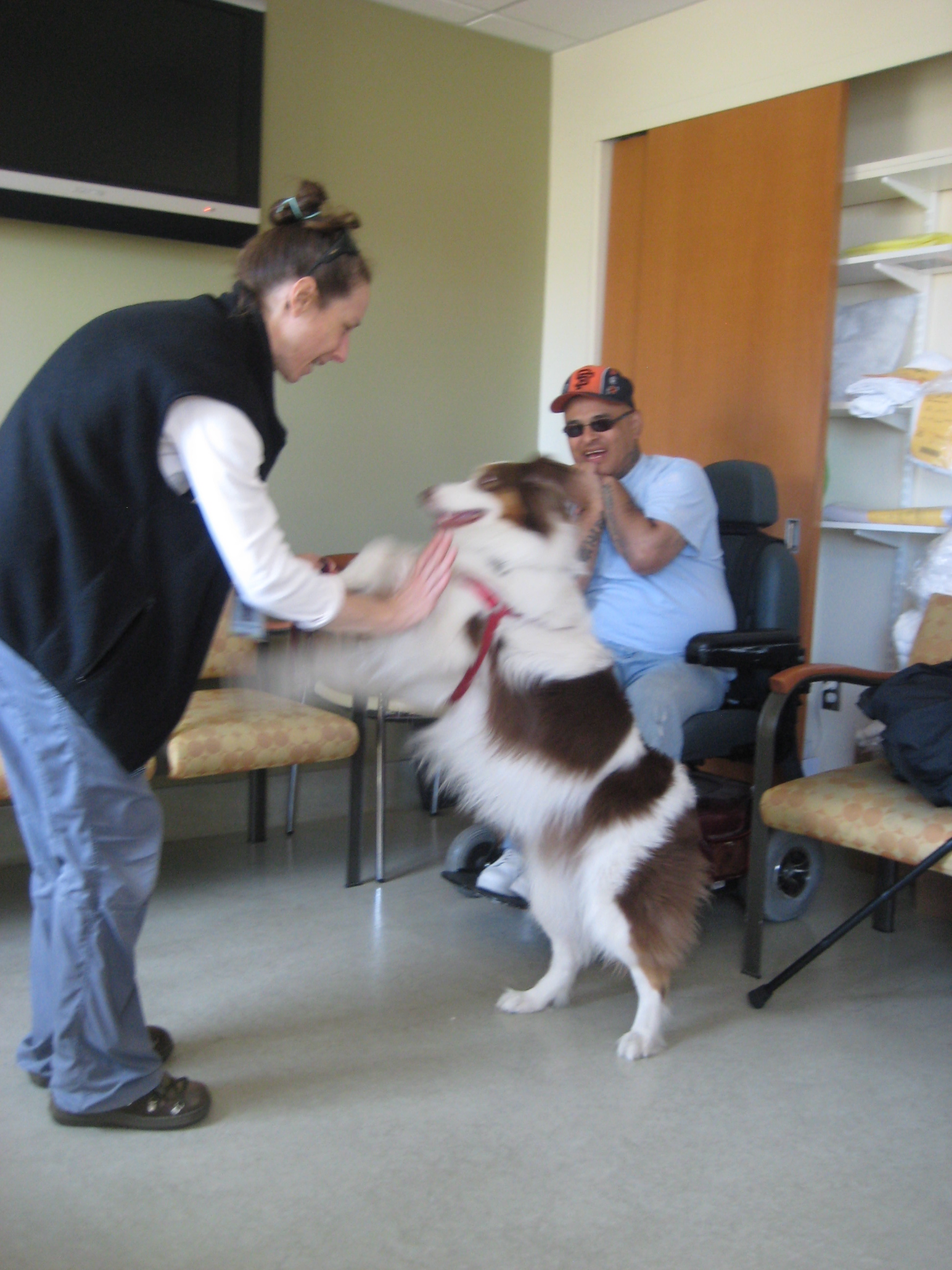 NOTE: Due to disclosure issues, I had to take down pictures of the animal therapy session.

So here I am, back in school again after four amazing months back home in Northern California. Despite the wondrous, beautiful time I spent there, it feels almost as if I never left Baltimore. The same flat, the same streets, the same School of Nursing–except this time I have to say that I don’t recognize a grand majority of the faces at school now. Apparently there are 300 new students with the two accelerated classes combined! Perhaps that doesn’t sound so fantastic to people who haven’t been at the JHU SON, but if you know the size of the nursing building, that is truly a lot of people.

I had an amazing summer. I spent the first month freelancing to earn and save money to survive for almost four months, and then I started an informal internship at Glide Health Services, a FQHC (Federally-qualified health center) in downtown San Francisco that serves the homeless, low-income population in the Tenderloin neighborhood. One of the best parts about GHS is that it is 100% nurse practitioner run. Very cool indeed!

My main duties were triaging in the Behavioural Health Department and running a program called SF Empower, a wellness program for the GHS population who have or are at risk for diabetes and who also have a mental illness diagnosis. So I can say that I really know how to take a mean manual blood pressure reading and manual radial pulse! Good basic skills to have as a nurse 🙂

I had a lot of fun with SF Empower. I organized, ran, and led the sessions. My favorite one hands down was with the animal-assisted therapist from the SF SPCA. She brought in a cute Australian shepherd named Zebra who was as sweet and adorable as can be (picture attests on the left). The participants loved it as well. I hadn’t seen so many smiling faces during an SF Empower session as much as I did this one.

Animals are awesome in palliative care (which is one of my specialties of interest). Who doesn’t like a cute, adorable animal? They are good for so many things. They can be skilled enough to detect a drop in blood glucose levels to assist children in reading to just being a loving, non-judgmental presence and support for someone who is going through emotional or physical challenges. I’m a real fan 🙂

I also spent the summer volunteering in hospice, which I did before going to school. Hospice is very, very special to me. This in particular is what I would like to do eventually in my nursing career. I can see intellectually the glory in working in an emergency department or a trauma unit, but in my heart what touches me the most is being able to help people to enter the final stages of transition with respect, honor, and dignity.

My patient (I only had one) is 92 years old. She has heart problems and dementia. Most of the time I don’t even know if she really knew who I was (she would even tell me she didn’t remember me). The compassion I feel for her is immense. Without family, she is almost essentially alone. During my visits, I would hold her hand and sometimes sing to her. A couple of times, I would chant on my prayer beads out loud so she could hear the mantras.
She had a picture of herself on the bureau when she was 25 years old and married. How fascinating it was to see how that beautiful young woman in the black and white photo is the same person as this old, frail 92-year-old woman confined to her bed. Growing old is a reality that most people do not want to face. It is a scary thing, but at the same time, it is something that we can learn to accept.
I love older adults. I also believe one of the greatest services I can provide is to assist people who are dying, such a sacred stage of life. It is my spiritual training that has stuck with me through childhood. I believe that to help people in this capacity would help give my life deeper meaning and purpose.
So as to not end this in a slightly somber mood, here’s another picture from the AAT session. Zebra is performing tricks! High five! You can see how happy the patient in the back is. He has chronic pain and he said at the end of the session that he felt so much calmer and happier, and that his pain was not bothering him. Let’s go animal therapy!