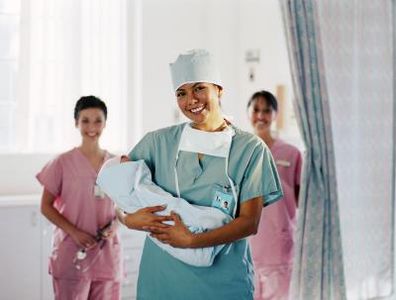 I’m studying like mad for the impending OB final–I can’t believe it’s almost the end of the semester! This means the end of my OB rotation. It has been an up and down rotation, and much different from the typical med/surg that we’ve had for most of the time we’ve been in school. OB was a challenge, but I survived it.

The best and most memorable moment in this rotation was witnessing and assisting in my first live vaginal birth. It was kind of intense, I admit it, but a really beautiful experience. I held her leg as she pushed and I also massaged her back when she was going through the transition phase of labour. I didn’t realize I would be so emotionally moved during the second stage; I cried when I saw the baby’s head crowning. One of the mother’s family members (there were three there) pointed a finger at me and screamed out, “Look at her! She’s crying!” I felt a twinge of embarrassment but in a flash it was gone. And even now I don’t mind. I feel honored to have been a part of such a special moment, to witness the bringing forth of new life.

I was able to take care of the mother the next day in postpartum, and when I had to leave for the day she gave me a big hug. I appreciated her openness and good nature in helping me, a student, out in my learning process.

This rotation taught me that I am fully supportive of what would be defined as a “normal” birth, one that encourages minimal intervention and more natural procedures. Elaine Zwelling defines a “normal” childbirth according to the following criteria:

I hope all women who plan to have children do their best to educate themselves and to not view the birth process as a scary disease process as it has become. I hope more women elect to take control of their bodies and of their birthing experiences and foster more “normal” births.

And I hope that nurses involved in labour and delivery again learn to be supportive, proactive presences in a mother’s labour, instead of shirking away and viewing one-on-one care as “bothersome” or a “waste of time.” And most importantly, I hope that the medical industry and the insurance industry give health care back to the people.