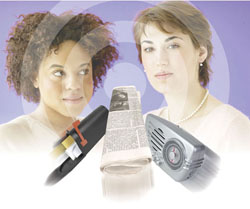 Just about everyone in the public health community agrees that reducing health disparities is a vital national goal. But to achieve it, medicine must gain a deeper understanding of women and minority populations—populations that traditionally have not taken part in medical research.

To increase that participation, federal agencies now require women and minority groups to be included in clinical studies. But for a variety of reasons, it has been difficult for researchers to recruit these underrepresented groups into their clinical studies. Not that they haven’t tried—they’ve used a vast array of promotional outreach techniques ranging from expensive mass media advertising to highly personalized solicitations. Such efforts have often proven costly and time-consuming, but yielded uneven results. Now, in an article just published in Ethnicity and Disease, Johns Hopkins University School of Nursing researchers provide valuable insights to what works and what doesn’t work among targeted audiences.

In their recruitment efforts for an important clinical trial, Kathleen Lindenstruth, Carol Curtis, and Jerilyn Allen, ScD, RN, FAAN found that African American and white women are significantly different in their responses to various forms of mass media and personal techniques aimed at recruiting them for a clinical study. The trial, which was designed to determine the effects of a dietary soy supplement on lipoproteins, lipoprotein subclasses, and menopausal symptoms, needed an equal number of African American and white postmenopausal women as study participants.

The recruiters employed an assortment of recruitment strategies to reach their enrollment targets. Personal approaches included participating in health fairs, recruiting at a large government workplace, and placing trial information in an employee newsletter, at churches, and at educational workshops. Mass media techniques featured direct mailing of more than 50,000 culturally sensitive brochures, placing ads in a metropolitan newspaper and two African American newspapers, and running radio ads on stations targeting both African American and white audiences.

When the minority participation goal was not met after 24 months of recruiting, the study team dramatically increased the number of announcements on African American audience-oriented radio stations and the number of brochures mailed directly to African Americans. The effort paid off. The enrollment target was reached by month 27. In the recruitment of white women, the recruitment goal was reached within the 24-month period.

Lindenstruth, Curtis, and Allen found that although the mass media outreach techniques were much more costly, they were dramatically more effective and ultimately yielded nearly three quarters of the 104 African American and 112 white women who became the study participants.

Lindenstruth concludes, “Considering the extra time and effort needed to recruit minorities into research trials, it will benefit researchers to use a variety of targeted recruitment strategies—employing the media that reaches the targeted audiences—and to include, up front, adequate resources in their budgets to cover the extra costs.”