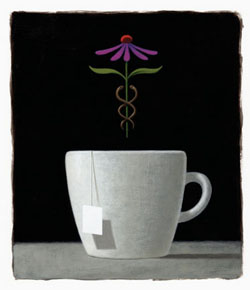 A recent study of mostly low-income African American women with severe asthma shows that all participants looked beyond conventional medicine to manage their illness—in some cases putting themselves at risk.

“While most subjects trusted prescription asthma medicine, there was a preference for integration of Complementary and Alternative Medicine (CAM) with conventional asthma treatment,” notes School of Nursing faculty member and study leader Maureen George, PhD, RN.  She conducted in-depth interviews with 28 participants living in inner city Philadelphia, for the study that appeared in the December 2006 issue of the Journal of General Internal Medicine. “CAM was considered natural, effective, and potentially curative,” she says.

The most frequently cited forms of CAM were biologically-based and mind-body practices, especially prayer, George reports. The women also reported using a variety of over-the-counter and home remedies.

Study participants gave many reasons for choosing to add or substitute CAM for conventional care. Among them: the belief that CAM was “more natural” than manufactured agents, could reduce the need for conventional pharmacologic treatment such as steroids, could provide protection from illness or provide relief of symptoms, and offered some hope of a cure.

Although the participants said they were not substituting CAM for prescription medication, some 63 percent also reported they had not adhered to their conventional therapy in the two weeks prior to the interviews and that during that period they had missed doses—some as many as 10 or more—of their controller medication. The study also found that many participants did not disclose their CAM use to providers.

“It’s important for patients to tell their health care providers if they are using CAM therapies because the CAM therapy could interfere with their adherence to conventional medications,” George says. “In such a case, the provider might think the patient was being fully compliant and that their medication wasn’t working. As a result, the provider might switch the patient from a safer inhaled preparation to a stronger oral medication—one with more possible adverse side effects—when such a change was completely unnecessary.”

George also notes that in some cases taking herbs and over-the-counter products can be harmful to asthma patients. For example, among those interviewed, some participants reported that they had ingested camphor-based or mentholated topical salves, dissolved numerous cough lozenges (as many as 10 at a time) in herbal tea, or used Echinacea—an herb that could worsen asthma due to allergic reactions.

George urged that “clinicians create an environment of trust in which patients will feel comfortable in disclosing their CAM use.” Health care providers, she said, “need to listen to what patients say with respect, and no matter what practices are mentioned, to respond to them in the most professional manner possible.” 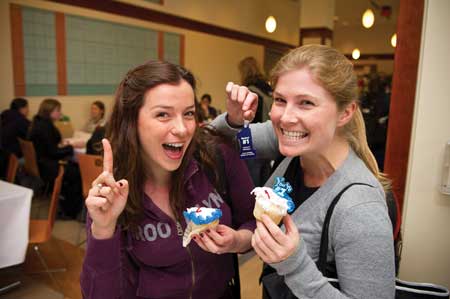