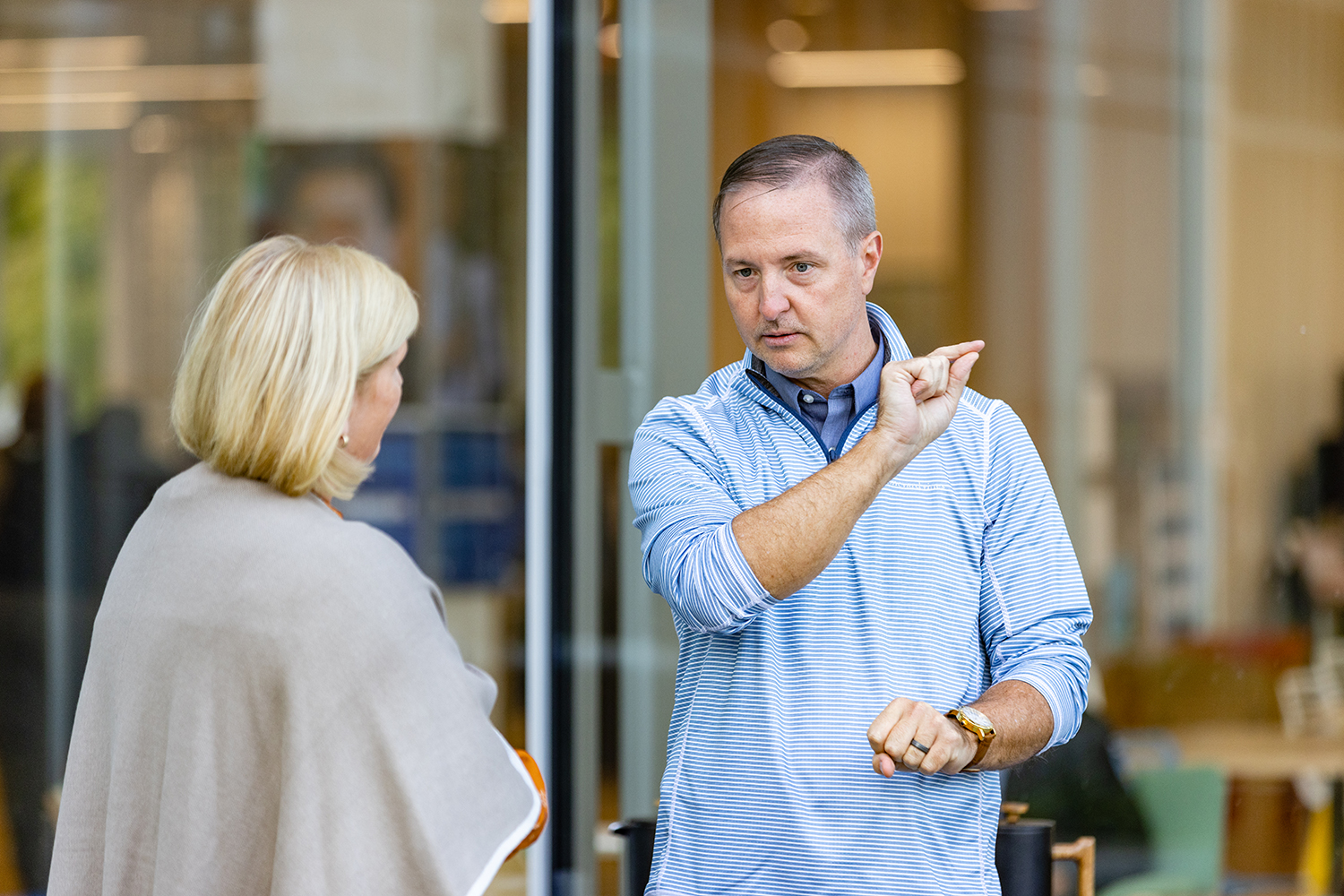 Center for Infectious Disease and Nursing Innovation raises its voice, profile, and presence

CIDNI cannot be everywhere, but it’s certainly not for lack of trying.

“I wish we had the person power to be everywhere,” says Professor Jason Farley, PhD, MPH, ANP-BC, FAAN, director of the Center for Infectious Disease and Nursing Innovation, or CIDNI. “But what we try to do is really evaluate from an infectious disease lens … try to think about things that either place people at risk for disease or—for people living with disease—either not getting a diagnosis or, after getting a diagnosis, not following up with care.”

The care is available and it’s visible. “We believe fundamentally in health equity, and so for me that means bringing care to people, not forcing people to come to care,” he says.

Significantly, the voice, expertise, and leadership are that of nursing.

Farley, renowned for his local and international work on HIV/AIDS, HIV/TB co-infection in at-risk communities, COVID-19 prevention and care, and now stopping the spread of monkeypox, knew just what he wanted to do upon being named the inaugural Leadership and Innovation Endowed Chair at the Johns Hopkins University School of Nursing. The endowment would put money and muscle behind those plans.

Farley and his team were allowed to start with the basics and build out smartly. First, establish a web presence—cidni.org—“to formalize how we, as a center, could not only represent ourselves online but also engage other faculty beyond my individual research portfolio.” Then, go!

“I really set forth inviting other faculty to participate, to become affiliated with the center, asking affiliated nurse scientists from other locations—we have nurse scientists on the West Coast and in multiple other countries—trying to engage the science, the voice, the clinical practice of nursing in infectious disease.”

HIV isn’t defeated yet, of course, but it’s covered, insists Farley. “I’m trying to galvanize schools, networks, associations across the nation and around the world on a focus that’s bigger than HIV, that expands it into a variety of different pathogens, not a single focused entity. There are many nursing organizations that fill the role on HIV. But there are very few that move beyond HIV. And if they do, they do not do so with a nursing-specific voice.”

“We believe fundamentally in health equity, and so for me that means bringing care to people, not forcing people to come to care.”


— Jason Farley, director of the Center for
Infectious Disease and Nursing Innovation, or CIDNI

So, CIDNI is raising its voice and partnering up, building capacity in research and clinical care as well as teaching, growing collaborations, bringing in more international nursing scholars and continuing the push to draw “the best and brightest” students, trainees, and faculty “with disease reduction experience” to JHSON. All hands are on deck, but more are always welcome.

“Our biggest problem is not great ideas,” insists Farley, whose groundbreaking work with technology to track and keep patients in constant contact with providers and medicines has helped set the standards. “It is the bandwidth to up-launch what we come up with.”

Meanwhile, of course, the outreach to Baltimore City’s at-risk communities continues to expand.

“Right now, we’re offering a variety of point-of-care testing. We partner with an STI testing lab so that we can offer testing at home, at our office, or in our mobile van in the community. We partnered with the Baltimore City Health Department and the School of Medicine to offer COVID-19 clinics, and we’re looking into ways in which we can be helpful with the monkeypox vaccination program.”

Farley is determined that CIDNI will find a way to where the need is.

“I always had a vision, once we started the [HIV-focused] REACH Initiative—our original effort—of making it a big “C” center within the school.”

As in CIDNI, a center whose acronym sounds like Sydney, as in Australia. It’s poetry to Farley, who says it frequently reminds him of former Dean Patricia Davidson, PhD, MEd, RN, FAAN, a driving force behind his endowed chair. “She was so instrumental in all of this,” Farley says. “CIDNI/Sydney, it’s a perfect homage to Trish.”

Learn more about the mission and the methods of the Center for Infectious Disease and Nursing Innovation at cidni.org.