In this era of routine satellite launches, million-dollar joy rides to the edge of Earth’s atmosphere, crystal-clear images direct from the dusty surface of Mars, and even a fiery “closeup” picture of our Sun, it seems nothing in the world could possibly slow human efforts to explore space, to live on other planets, to raise families and establish businesses, to boldly go where none have ever gone before. To infinity and …

Um, not so fast, Buzz Lightyear. Is that a limp?

“NASA has identified five key hazards to human health and performance in space: altered gravity, radiation, isolation and confinement, distance from earth, and a hostile and closed environment (on the spacecraft),” write Associate Professor Vinciya Pandian, PhD, MBA, MSN, FAAN; MSN (Entry into Nursing) student Dorothy Coker; and colleague Mark Shelhamer, ScD, of the School of Medicine in “Nursing Care in Space—The Need for Nurses in the New and Evolving Field of Healthcare in Space” (Journal of Clinical Nursing).

Brittle bones, radiation exposure, optic nerve degeneration, emotional trauma, and—somewhere down the road—potential childbirth issues at Zero Gravity: These are among the many classic symptoms of a situation in which health care providers aren’t sure what to expect in human bodies with millions of miles on the odometer.

“Nurses are the experts at care everywhere else. Why not space?”

“These factors can cause a variety of health issues,” they write, “including heart and muscle atrophy and fluid shift out of the lower extremities due to weightlessness, neuro-ocular alterations and other difficulties possibly due to increased intracranial pressure, development of renal stones, urinary tract infections, alterations in the gut microbiome, loss of bone mass and muscle strength, and depressed or altered mood. These issues can not only interfere with functioning and productivity in flight, but they can also cause long-term problems after flight.”

Luckily, nurses down here on Earth and specifically in East Baltimore, MD are laying the groundwork for whatever we’ll meet up there and—the key to the whole ball of carbon—how we’ll fix or treat it.

At the Johns Hopkins School of Nursing (JHSON), Pandian, who serves as assistant dean for immersive learning and digital innovation and director of the Center for Immersive Learning & Digital Innovation, has made a home for a nascent program to begin training a force of nurses ready for what comes next. “Nurses are the experts at care everywhere else. Why not space?” asks Pandian. It was Coker who, during an interview with Pandian for the Research Honors Program, brought up the idea. “Oh my gosh, this used to be my dream,” Pandian remembers thinking in response.

In college, Pandian and a roommate, closet space nerds, would gaze upward and outward night after night to ponder the vastness and beauty of the universe. But her nursing studies kept her grounded. “I was fascinated, but I didn’t take it too seriously,” she says. Then, at a 2014 Global Tracheostomy conference in London, she attended a lecture by the late physicist and author Stephen Hawking, whose theories on the Big Bang and black holes remain foundational. Hawking, wheelchair-bound and himself intubated after years of suffering from amyotrophic lateral sclerosis, nonetheless rhapsodized that day on the possibilities of space science. “When Stephen Hawking dares to dream, I did too.”

But again it went onto a back burner, until Coker showed just how serious she was about a collaboration. “And I went straight to [then Dean] Trish Davidson,” says Pandian.

[Meet Dorothy Coker: “The Sky Is No Longer the Limit”]

Both credit Shelhamer, who runs the Johns Hopkins Human Spaceflight Lab, for his mentorship. Shelhamer, an expert in the study of astronaut adaptation to space flight, served as NASA’s chief scientist for human research at the Johnson Space Center from 2013-16.

In practice, it’s not so different from the old-timey notion of “frontier nursing,” a time when caregivers went by horseback, dog sled, or even by foot to remote parts of the United States (and even today, hard-to-reach parts of our world) to bring both healing and preventive medicine to the folks living and working there. It is that spirit of nursing—doing whatever it takes to offer the most people the most compassionate, equitable care—that drives the Johns Hopkins Nursing space project.

And in fact, nurses have been involved in aerospace medicine since before the existence of human spaceflight. Delores “Dee” O’Hara was a pioneer, often the lone nurse assisting with health maintenance of NASA astronauts on the ground in the 1950s, 1960s, and 1970s. Though she never left Earth, O’Hara earned the trust that would guide those in her care from the first human U.S. spaceflight programs (Project Mercury and Gemini), to the Apollo Program (Moon), to the first American space station (Skylab).

O’Hara’s observations and data from these missions plus records from the many flights that have followed offer nurses, physicians, and researchers a glimpse into what might await humans far beyond our atmosphere. And as missions have grown in length (up to one year on the International Space Station, say—or about half of what a trip to Mars and straight home would take, minus prep time), researchers have been able to witness how certain bodies react and recover from weightlessness and even how the mind handles the adrenaline rushes and the scares, the jubilation and the loneliness.

Much more a mystery are the accidents and ailments that might await: Broken bones, serious wounds, bonks on the head, unfamiliar infections. NASA-sanctioned trips are controlled down to the minute and feature professional astronauts trained to take most accidents out of the realm of possibility. And these manned trips to space have stayed (relatively) close to home. If the space race continues to accelerate, though, and your cousins Elon and Jeff start hopping the red eye to the Red Planet, that dynamic will change, and bad things will very likely occur very far from outside help.

Space nursing could be defined as a specialty in which nurses use critical thinking and judgement to integrate objective data with subjective experience taking a holistic approach to managing symptoms and improving the well-being of individuals travelling into space.”

So even while they consult the established map of what goes wrong and right on a typical spaceflight, Coker, Pandian, and their team of space nurses are beginning to build the curriculum that will prepare future nursing cohorts for the unknown, both the adventure and the misadventure.

“Space nursing could be defined as a specialty in which nurses use critical thinking and judgement to integrate objective data with subjective experience taking a holistic approach to managing symptoms and improving the well-being of individuals travelling into space,” Pandian and colleagues write in the Journal of Clinical Nursing.

For Coker and crew, this means “incorporating space nursing into the current curriculum … adjusting what we have here on Earth to be applied in space at Zero G and in austere environments.”

There’s no getting around it: Every ounce of gear, medicine, and literature adds mass to a rocket’s payload and will require extra thrust to move from a launchpad into outer space at full speed. And there’s no going back for what you forgot.

So, in any space-bound medicine cabinet, every tool must literally carry its own weight and then some. Tools must supply their own power, be low-maintenance, self-explanatory, and built to last. Since there can be no extras, everything must be essential—covering the maximum number of contingencies. Like the early frontier nurses who often brought only what they could carry on their backs or sleds, nurses outfitting space missions will need to maximize … space

“That limiting factor is where nursing care, assessments, and skills are going to be particularly important,” explains Coker, who adds that the best course might be to replace what’s in the first aid box with what’s in the travelers’ own memory banks. “Nurses can be part of the health care team that designs astronaut training programs to solve medical emergencies in space with limited resources. We have a unique approach to care, and our skills can lessen the need for or reliance on medical equipment.”

Everybody Is Equal at Zero G

We’ve got problems enough on Earth. Fix them first.

“These are really good points,” Coker admits. Yet, “You need the confidence to believe that breakthroughs in space nursing can be helpful and applicable here on Earth.”

For JHSON’s Space Nursing Interest Group, she seeks out similarly open-minded students. “It takes being open to really thinking about it, trying to see how nursing would fit, and exploring that. It is a little out there and there is not a lot of research in this field.”

And JHSON’s pioneers are taking pains to keep equity part of the equation.

Pandian points to pre-existing conditions or risk factors that—even excluding the tremendous cost of tickets—could be used to dissuade or prevent certain groups from maximizing the opportunities of space travel. She uses high blood pressure as just one example.

Just as they already do here on Earth, nurses can step in to: first, establish whether the risk is genuine. Second, counsel all parties on how to best neutralize these risks and any other concerns. So rather than being turned away, those with pre-existing conditions or prone to such ailments such as hypertension might be counseled by nurses on best preparations to blunt any complicating factors during the trip.

And there very likely will come a time when nurses might accompany those who need hands-on care aboard the spacecraft, Pandian predicts. So, all aboard!

As for discoveries made by other nations in space, an international agreement (the Artemis Accords) has been built—and signed by a dozen nations so far—to spread the wealth of scientific data, control traffic somewhat, and, where necessary and possible, provide emergency assistance, just as nearby vessels might respond to an S.O.S. on Earth’s oceans.

From NASA: “International cooperation on Artemis is intended not only to bolster space exploration but to enhance peaceful relationships between nations. Therefore, at the core of the Artemis Accords is the requirement that all activities will be conducted for peaceful purposes, per the tenets of the Outer Space Treaty.” Signees include the United Kingdom, Canada, Japan, Australia, Italy, and the United States.

There are many phases of the moon between now and a moment when such cooperation is universal and nursing on Earth benefits from celestial caregiving. But the space project at JHSON has already taken one giant leap toward being among the first colonies to welcome that day.

“It’s a new thing,” explains Coker. “It’s going to take a little while.”

She acknowledges that as part of an accelerated master’s program, she might no longer be at JHSON to see the space nursing program hit full throttle. “That’s great. As long as I can keep doing the research that I’m doing and keep going, I’m fine with that. … To see Dr. Pandian so excited makes me excited for what’s next.” 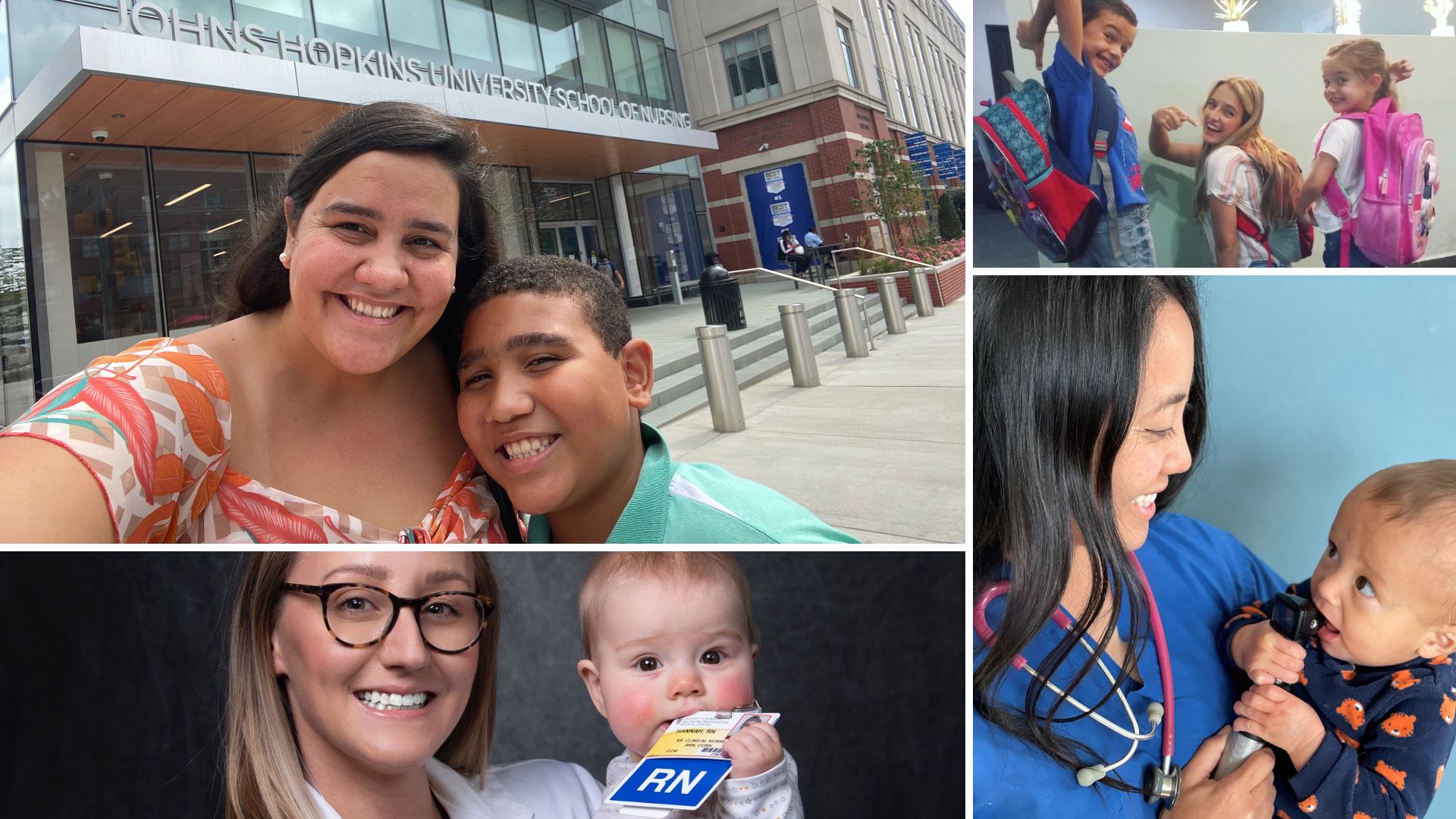 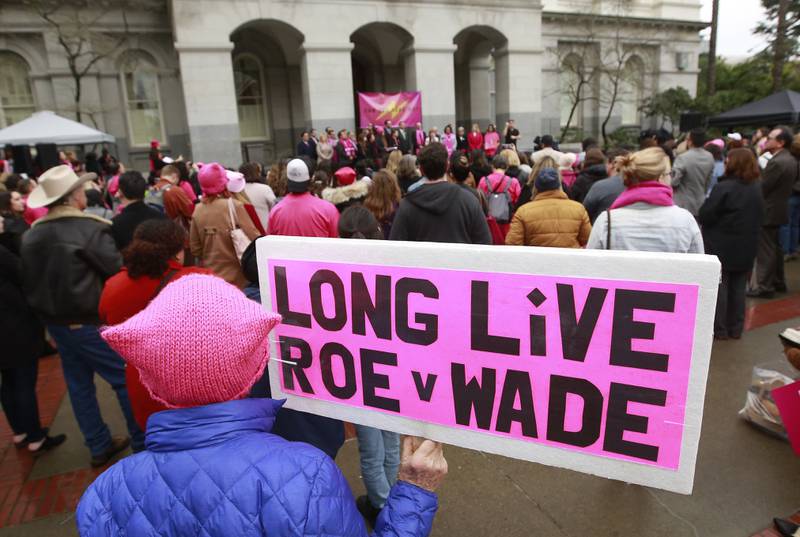 On the Pulse Podcast
Episode 13: Ready.Sim.Go.
Early in Carol Rosenberg’s career in pediatric oncology, she remembers when a mom, asking about her daughter, collapsed in her arms, and said: “What if I do something wrong taking care of her? What if I hurt my baby?” It was in this moment Carol knew that more needed to be done to help parents…
More Podcasts