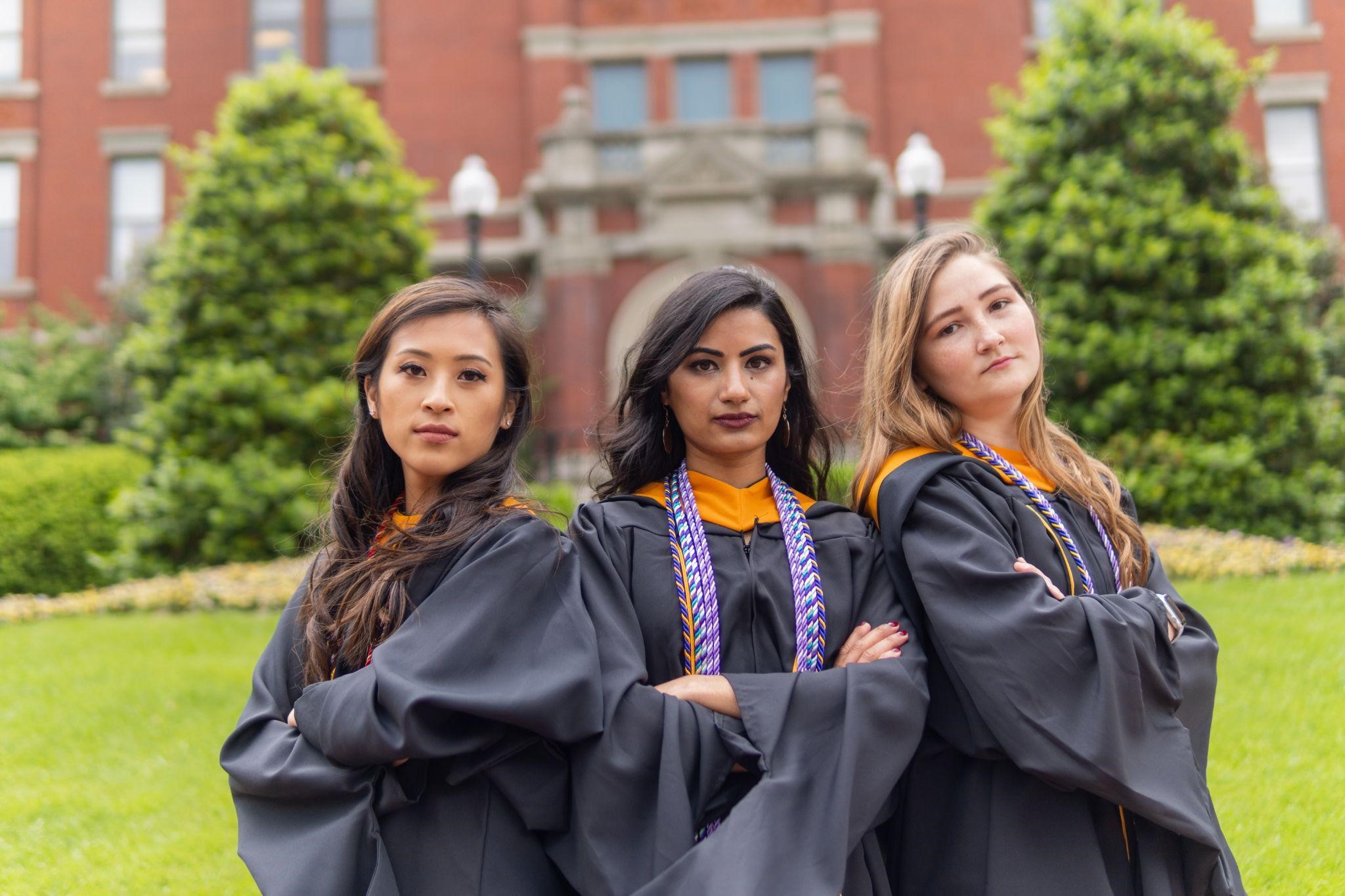 Ritika Jain is a 2021 graduate of the MSN (Entry Into Nursing) program.  She is also an Asian-American immigrant, a first-generation student, and former foster youth. The journey to becoming a registered nurse was a long one, with many challenges along the way.

The first challenge was getting to the U.S. – and staying there.

Born in a quaint little town in India, Ritika first emigrated to the U.S. with her mother and brother in 1999 to join her father who was living (with health problems) in the San Francisco Bay Area. They settled in, but soon after they all returned to India when her father had a stroke. Her parents moved back to the U.S. for better access to health care, but Ritika and her brother stayed behind, and her father passed away in December 2001.

Later, her mother returned to India,  remarried, and then the whole family (including her step dad and a new little half-sister) relocated to the U.S. Ritika became a citizen in 2006.

The next challenge was entering foster care.

Ritika’s family settled into the San Francisco Bay Area, but her home life remained unsettled. With challenges at home, she and her siblings entered foster care in 2009. Fortunately, she was adopted by a woman who was her supervisor at an internship she had after graduating high school.     .Although it took time, she has since reconciled with her family.


I knew that, through education, I would be able to change the direction of my life.

At 15 Ritika was a senior in high school, and ready to go to college in Southern California, away from everything that had happened in the last year. “I knew that, through education, I would be able to change the direction of my life,” she says.

So she had to advocate for herself.

“I had to go to court to make the case that I can do this. No one was happy with my decision, but it was a risk I had to take. When you’re from a dysfunctional family, everyone might not agree about the need to break unhealthy patterns.”

She entered the University of California, Riverside at 16, ultimately graduating with a bachelor’s in Neuroscience in 2015. Growing up as the eldest child with a sick parent, she was ready to turn her natural caregiving abilities into a career. So a few years after undergrad, she applied to nursing schools.

“I had to believe in myself, and I was determined. I didn’t care which nursing school it was—but in March 2019, I got into Johns Hopkins, and I screamed!” she says.

Now a 2021 graduate of the MSN (Entry Into Nursing) program, she passed the NCLEX this September and is currently licensed as a registered nurse.

“Only four percent of children who grew up in foster care will graduate from a four-year college,” she says. “Even less pursue and obtain a graduate degree.” Ritika has overcome the odds, but there is still a way  to go. Next she  is considering becoming a nurse practitioner specializing in gerontology and mental health.

“Don’t hold yourself back,” she says. “When the odds are stacked against you, you will always figure out a way.You have to believe in yourself. ”

Sydnee Logan, MA is the Sr. Social Media and Digital Content Specialist for Johns Hopkins School of Nursing. She shares Hopkins Nurses with the world.