“Equity Is The Only Acceptable Goal.”

Three vibrant murals surround the edges of an east Baltimore neighborhood between Patterson Park and Fayette Street. One of these murals is the portrait of Martin Luther King Jr. speaking the words, “Un Sueno,” which is Spanish for “I have a dream.” The hopeful message stands in contrast to the poverty that is surrounding it: An alleyway littered with trash cutting through a strip of row houses that are mostly abandoned and boarded up. There are no parks or green spaces on these blocks of East Baltimore that are predominantly black and known as the Middle East.

But there are plenty of small liquor and corner food marts. One of the stores on this block is called the Lucky Corner. Inside, a Korean woman sits behind a register that is walled in with plexiglas, separating her from the customers. Most of the food items being sold are packaged goods. They don’t have bread, milk, or any fruit. The only fresh vegetables available are bags of brown potatoes and yellow onions. Researchers at the Bloomberg School of Public Health at Johns Hopkins University label these marts as “behind the glass stores.” Their research has shown that these corner marts “are found almost exclusively in Baltimore’s poorer, African-American neighborhoods…and have the lowest availability of healthy foods in Baltimore.” 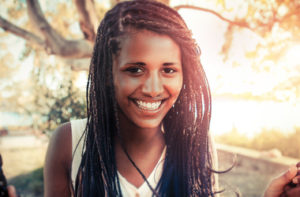 Much of the research surrounding nutrition, race, and health outcomes in Baltimore also shows that “where one lives [in this city] is a major determinant of overall health.” Many East Baltimore neighborhoods also lack other resources such as green spaces, parks, playgrounds, and supermarkets. This creates a ripple effect: The lack of available community resources greatly affects the overall life quality of communities, which negatively impacts the economical, social, and psychological welfare of families, which in turn influences health outcomes of individuals living in that community.

The situation in Baltimore is a microcosm reflecting the reality of many U.S. cities that are still heavily segregated by race and socioeconomic status. Hence, in the U.S., a person’s zip code may be a stronger predictor of his or her health status than his or her genetic makeup. Where we are born, live, work, and go for health care make up what the World Health Organization (WHO) calls the social determinants of health. According to WHO, “the social determinants of health are mostly responsible for health inequities—the unfair and avoidable differences in health status seen within and between countries.” A meta-analysis published last year also supported WHO’s theory, finding factors such as education, racial segregation, and poverty to account for over a third of total deaths annually.

Furthermore, in 2013, the Centers for Disease Control and Prevention (CDC) published a report documenting the racial disparities in a broad array of health conditions: Black Americans are at least 50 percent more likely to die of heart disease and stroke than their white counterparts. The infant mortality rate for blacks is more than double the rate for whites. Finally, the prevalence of adult diabetes is highest among Hispanics, blacks, and mixed race groups compared to white Americans. 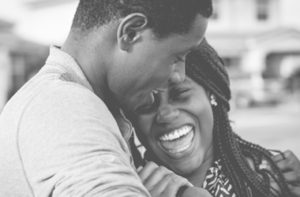 In 1966, Martin Luther King Jr. said that “of all the forms of inequality, injustice in health care is the most shocking and inhumane.” Nearly a half century after Reverend King made this observation, the United States still has a long way to go to reduce health disparities and increase health equity. As clinicians, it is imperative to reflect on our own biases, questioning how a patient’s race and class impacts the way we see, understand, and treat our patients. We have to examine our biases in the same way that we examine a sick body, understanding that intimate knowledge of disease – whether cervical cancer or racism – helps us understand more than that specific ailment, and is critical to arriving at a cure.

“Of all the forms of inequality, injustice in health care is the most shocking and inhumane.” 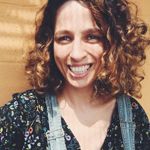 ABOUT THE AUTHOR: GUNEY ACIPAYAMLI

Guney Acipayamli, a Johns Hopkins School of Nursing graduate, works at the Johns Hopkins Hospital as an RN in the areas of substance misuse, addiction, and mental illness. She is currently studying at the JHSON to become a nurse practitioner. She also has a bachelor’s degree in journalism.