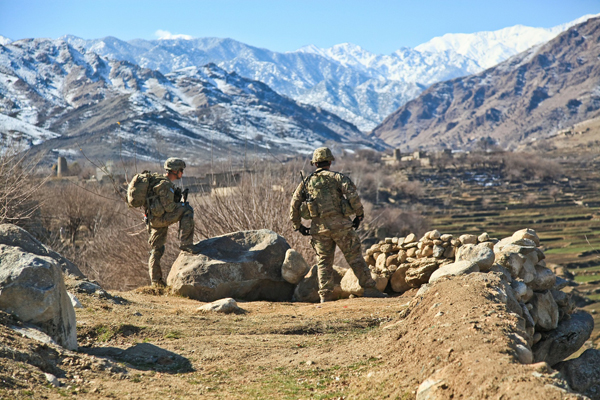 Chances are good that at some point in our careers as nurses we will find ourselves challenged to perform at the highest level in unfamiliar or dire circumstances. The world is so unpredictable. Take the case of Charlotte Thompson-Edgar, a squadron leader with Britain’s Royal Air Force, who was recently awarded one of her nation’s highest nursing medals—the Royal Red Cross—for bravery and service to soldiers wounded in battles with Taliban insurgents.

She also deserves some sort of medal for resilience, and the guts to speak up and fix things for her patients and for her Medical Emergency Response Team. She did her job, then she made sure her team was prepared to do it even better on subsequent rescue missions.

Another shining example is Malaika, a head nurse at an Aleppo, Syria, hospital hit repeatedly by airstrikes in a civil war that has turned medical personnel in rebel-held areas into targets. Yet she vows to stay. She is a nurse and these are her people.

Most of us will never see wartime service, we can hope. But there are outbreaks like Ebola, there are deadly storms, there are explosions, there are mass shootings. Even “everyday” nursing can be overwhelming at times.

What separates the very top nurses is what they do from there. All nurses fix patients. The best then set about fixing whatever prevents us from providing the absolute best care for the next ones.

They don’t give medals to angels. They give medals to heroes, and Thompson-Edgar is certainly that, even if she was simply doing what the best nurses do.

ABOUT THE AUTHOR: PATRICIA M. DAVIDSON

Patricia M. Davidson, PhD, MEd, RN, is dean of the Johns Hopkins School of Nursing and a fellow of the Australian College of Nursing, the American Heart Association, the Preventive Cardiovascular Nurses Association, and the American Academy of Nursing. She is counsel general of the International Council on Women’s Health Issues and actively involved in the international activities of Sigma Theta Tau International. Follow her on Twitter (@nursingdean).