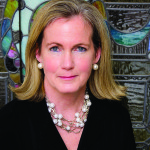 The managing editor has traditionally served as the soul and spirit of Johns Hopkins Nursing, and so we welcome Chris Atkins Godack, marketing and communications director at the school, to that role. She assumes it at a very important time for the publication as we work to serve an increasingly web-based readership while maintaining the relevance of a printed periodical that has served the nursing community so well through the years. We look forward eagerly to her input and guidance. 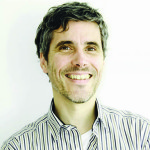 Oliver Weiss is an illustrator and designer working in mixed media for publishers and packaging producers in Europe, North America, and Asia. For this issue, he adds color and light to a report on HIV/AIDS care and how Hopkins Nursing is taking an innovative role in its future. A Native of Munich, Germany, Weiss divides his time between New York and Berlin. Clients who have featured his whimsical, style-shifting work include Scientific American, Random House, houseware designer Ritzenhoff, CBS, the Christian Science Monitor, Der Spiegel, Prospect Magazine, and Deutsche Bank. More at oweiss.com 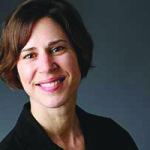 Regular contributor Elizabeth Heubeck writes on topics from health to parenting to the business of higher education, healthcare systems, tourism, and energy. Here, she looks at the Fuld Fellows, a diverse group of Hopkins students and former students looking to make an impact in quality of care and patient safety. The Baltimore native’s writing also has appeared in Newsweek, the Baltimore Sun, Baltimore Business Journal, Maryland Life Magazine, Baltimore Magazine, Johns Hopkins Engineering, and in various other local print and online publications. More at elizabethheubeck.com 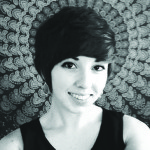 Nicolet Schenck, a May 2013 graduate of the Maryland Institute College of Art (MICA), is greatly influenced by magical realism, and seeks to portray the miraculous as ordinary, yet the ordinary as miraculous. Her moving illustration captures the beauty and wonder of a nurse-led program at Suburban Hospital seeing to it that No One Dies Alone. More at nicoletschenck.com 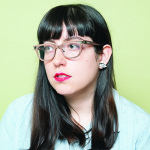 Fellow recent MICA grad Jordan Sondler is an illustrator and jewelry designer now based in Brooklyn, NY. Her work spans digital, print, and three-dimensional forms with a particular interest in pattern. Her assignment: Capture the irrepressible wit and wisdom of Fannie Gaston-Johansson, who retires this summer after a legendary career. Mission accomplished. More at jordansondler.com