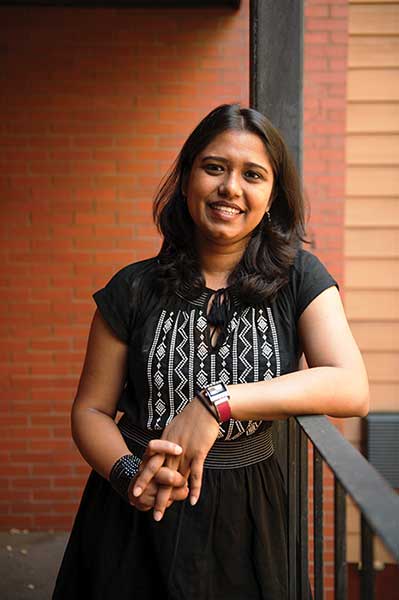 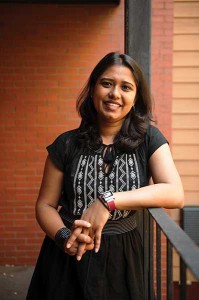 The sick man’s words will stay with her always: “You people are all the same. You just come and go and never do anything for us. Give us arsenic-free water or leave.” Farzana Abed was in West Bengal, India to study contamination of the local drinking water. “I wanted to make a difference,” she says. As she interviewed the sick, though, Abed found her higher goals and good intentions dismissed. Initially taken aback, she grew to understand his frustration. How was she helping the sick townspeople directly? Abed had witnessed similar suffering in Dhaka, the capital of Bangladesh, where she grew up. In the congested city, a five-mile journey can take two hours, leaving plenty of time to notice the huge gap between the rich and the poor. She longed to provide hands-on help to the underserved and decided becoming a nurse practitioner was the answer. Today, Abed is at the Johns Hopkins University School of Nursing (JHUSON) thanks in part to the Furnival Scholarship, established by Elsie Peyton Jarvis ’47 in honor of her mother and two aunts, all Hopkins nurses. Abed, Accel. ’13, also thanks her family. Like a trek through Dhaka, the road to JHUSON has been arduous. She says she did not speak English when she moved with her family to the U.S. eight years ago, adding that her parents “sacrificed their careers and their comfort so that I would have the chance to get the best education and opportunities.” She is determined to make the journey worthwhile for herself, her family, and the people whose lives she will touch in the future.

Alumna Elsie Peyton Jarvis ’47 established the Furnival Scholarship in 1986 in honor of her mother, Marion Furnival Peyton ’15, and her aunts Christina Furnival Pendleton ’20 and Julia Pendleton ’40. Elsie and her son, Eugene, plan to add to the scholarship through a charitable lead trust. The Furnival family is believed to be the only one in which four members are Johns Hopkins Nursing graduates.