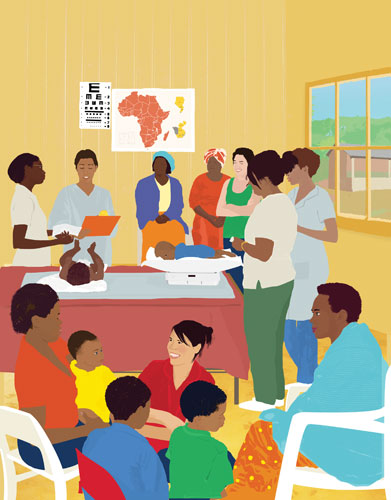 In the Wide World of Global Nursing, Johns Hopkins Leads the Conversation

While Mary Terhaar is training Russian doctors how to treat vulnerable infants and women, Marie Nolan is working to increase the number of doctorally prepared nurses in China, and Phyllis Sharps is studying intimate partner violence around the world.

Their work, along with that of other faculty members at the Johns Hopkins University School of Nursing, left them pondering: How can a worldwide approach to nursing improve health? What common obstacles do global nurses face? And how can we work together to overcome them?

Last summer, Hopkins faculty explored those questions by leading a talk among nurses from several countries at the annual research conference of Sigma Theta Tau, the international nursing honors society.  Held in Brisbane, Australia, the global-nursing symposium highlighted some pressing issues for those nurses who take the sometimes-risky, often-uncomfortable leap to work across borders—and at a time when the profession is trying to get a handle on the idea.

Even though nurses have been practicing and researching overseas for decades, “people are just now starting to grapple with global nursing,” says Sharps, PhD, RN, FAAN, a professor and associate dean for Community and Global Programs. Sharps, also director of the School’s Center for Global Nursing, spoke at the symposium.

Several themes discussed in Brisbane are held in common by nurses everywhere, she says. Expanding research opportunities abroad and encouraging nurses to develop more cross-cultural collaborations and partnerships are becoming defining traits of global nursing. Making sure that more and more students outside the West have the opportunity to obtain advanced degrees in nursing is another. So is developing partnerships with overseas nurses who run healthcare programs in their home countries.

“There’s a particular passion that comes from knowing you’re improving the health of people who really need it,” says Terhaar, DNSC, RN, associate professor for the School of Nursing’s Doctor of Nursing Practice Program. Saving the lives of babies and new mothers, instituting new public health programs that stave off disease, and reaching more patients in developing countries are all goals that global nurses pursue, she adds. “You match those efforts with knowledge and well-built relationships, and you can really advance nursing care around the globe.”

But for global nursing to have that impact, the profession needs to overcome some long-held limitations.

Unfortunately for patients in developing countries, nurses there have been drawn by more lucrative work in the developed West. “You can’t be doing much good for global health if you’re stealing another country’s nurses,” Terhaar says.

“Everyone seems to agree that understanding health inequalities around the world is central to what we have to do,” adds Sharps. Even at home, “We’re all taking care of an influx of immigrant patients, and it’s important for us to understand what their needs are, as well as what they represent in the global context of healthcare.”

Besides the geographic and professional positioning of nurses, global nursing is also challenged by that most basic problem: a lack of money. Support for global nursing programs and research overall is slim at best and non-existent at worst, Terhaar adds.

Differences in languages and levels of technological readiness often become barriers as well. And partnerships must be constructed equitably, so that nurses from advanced Western nations don’t dominate programs when they travel to developing countries.

“Cultural humility is something that we discussed at length at the conference,” says Nolan, PhD, MPH, RN, chair of the Department of Acute and Chronic Care at the School of Nursing. 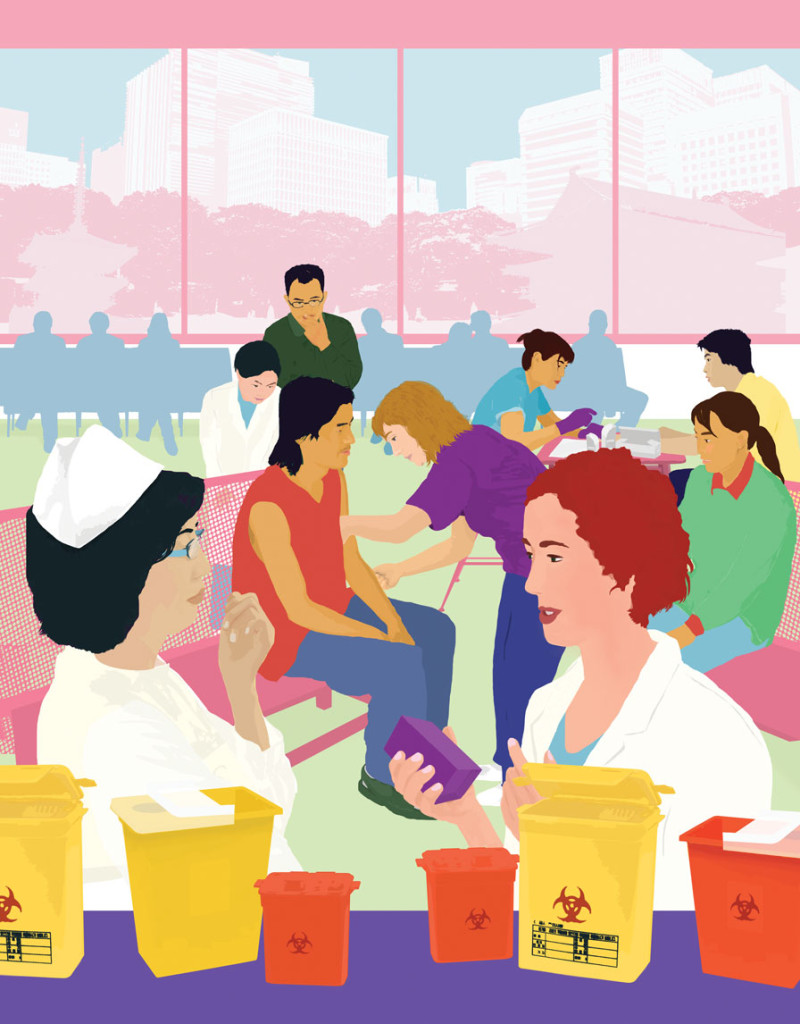 Besides being sensitive to the needs of the people they serve, global nurses overall need to be better-educated, Nolan adds. As president of the International Network for Doctoral Education in Nursing, an independent group that works to advance the quality of doctoral nursing education around the world, Nolan sees the relatively low numbers of doctoral-level nurses in developing nations as a sign that the profession needs to work to increase the knowledge of its faculty. If that happens, the money and research are more likely to come.

Nolan does see positive signs of change: For example, in China, a country with only six doctorally prepared nurses just a few years ago, a partnership between Johns Hopkins and Peking Union Medical College now confers PhD degrees on an average of three nurses each year.

Large gains have also been made in other countries where global nursing is becoming more valued, including Japan and South Africa, she adds. And a push by some American nursing schools to encourage nursing leaders abroad to run for elected office, and possibly thereby raise the profile of the profession, is also gaining steam.

And yet, for all the energy going into upping the status of nurses worldwide, the funding milieu for international endeavors remains chancy. Although some international aid agencies finance nursing programs abroad, there is no global source of funding comparable to what the National Institutes of Health (NIH) does in terms of making grants to nursing researchers in the United States. As a result, too few opportunities exist for nurses—both in the U.S. and elsewhere—who want to treat people and conduct research outside their home countries.

Most of the top 20 research nursing schools in the U.S. teach some aspect of global nursing, with interest growing during the last decade as stateside educators have come to realize that nurses in developing countries provide on-the-ground solutions to significant health problems. That interest runs both ways: At Hopkins, a regular influx of former Peace Corps volunteers, intrigued by the possibilities of global nursing as a result of their overseas service, enter the School of Nursing’s baccalaureate program each year.

Undergraduate students have opportunities to conduct clinicals at international sites, and global research training is available through the Minority Health International Research Training program, which takes rare NIH dollars and uses them to send 10 to 20 students from Hopkins and three other schools overseas to do research.

“Global nursing’s major focus should be on health disparities and the disadvantaged populations in each country that suffer because of them,” says Fannie Gaston-Johansson, PhD, RN, FAAN, the director of the program and a JHU distinguished professor of acute and chronic care.

That emphasis on gaining global experience extends to Hopkins educators, who say that they have much more support than most when it comes to plying their trade globally.

For example, Julie Stanik-Hutt, PhD, CCNS, ACNP, GNP, associate professor of acute and chronic care, has served as a consultant to a university in Chile as it attempts to develop a program to train clinical nursing specialists. Global nursing, she says, “is a symbiotic relationship. We see ways that other countries do things, while sharing what we know about best practices.”

According to Sharps, performing studies both at home and abroad will increase the value of research. One study she has conducted in Baltimore involving the abusive partners of pregnant women would be greatly aided by performing similar studies in other countries, such as China, as she plans to do. “If we can find similarities in the research, or have an intervention that works in one place, maybe we could then translate that to other parts of the world,” she says.

She adds that Hopkins faculty members put together the all-inclusive chat session in Brisbane to see if Sigma Theta Tau could lead nurses in an effort to make the nursing profession more fully global.

“It was a good start,” says Sharps, but there’s more work yet to do. The conversation continues as she and the Hopkins team head to Prague for a return engagement at the 2013 conference in July.