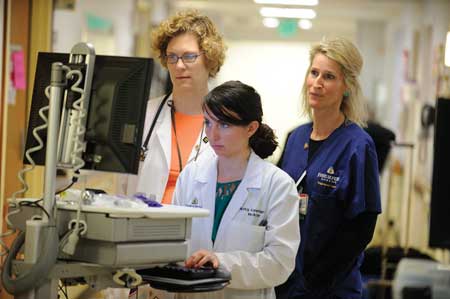 An eerie quiet fell over Baltimore in the aftermath of “Snowmageddon.” The back-to-back snowstorms of February 2010 had dumped nearly three feet of snow on the city, and save for emergency snow-removal crews, few motorists braved the roads. But clinical resource nurse Stacey Taylor, RN, was out there, white-knuckling her way to the hospital. She’d shoveled for hours on end to dig out her car and make it to work on time.

“I think I was the only person on the road at 5:00 am in my Honda Accord. I was at the hospital for days,” she recalls matter-of-factly.

Taylor can’t remember exactly how long she’s been working on Osler 4; she thinks it’s been at least 25 years, maybe 26. But she does know this about her many years working as a Hopkins nurse: she’s never missed a single shift.

“I don’t call in [sick] for a headache, or because I want to go to the movies. I just don’t have that kind of outlook,” says Taylor.

Taylor developed her impressive work ethic at a young age. Her next-door neighbors owned a restaurant where she and several other neighborhood kids worked. Seeing up close how hard her restaurant-owning neighbors worked, Taylor says she never wanted to let them down. The same holds true today.

“She’s truly the epitome of a Hopkins nurse. She’s dependable, reliable, always willing to help her colleagues. She sets an example,” says her supervisor Kelly Caslin, nurse manager for Osler 4.

That Taylor has remained dedicated to a demanding job for so long may have something to do with her ability to decompress from her high-intensity hospital environment when she’s not at work. “When I walk out the door at the end of my shift, I can cut it off. I don’t carry my pager when I’m gardening,” Taylor says. 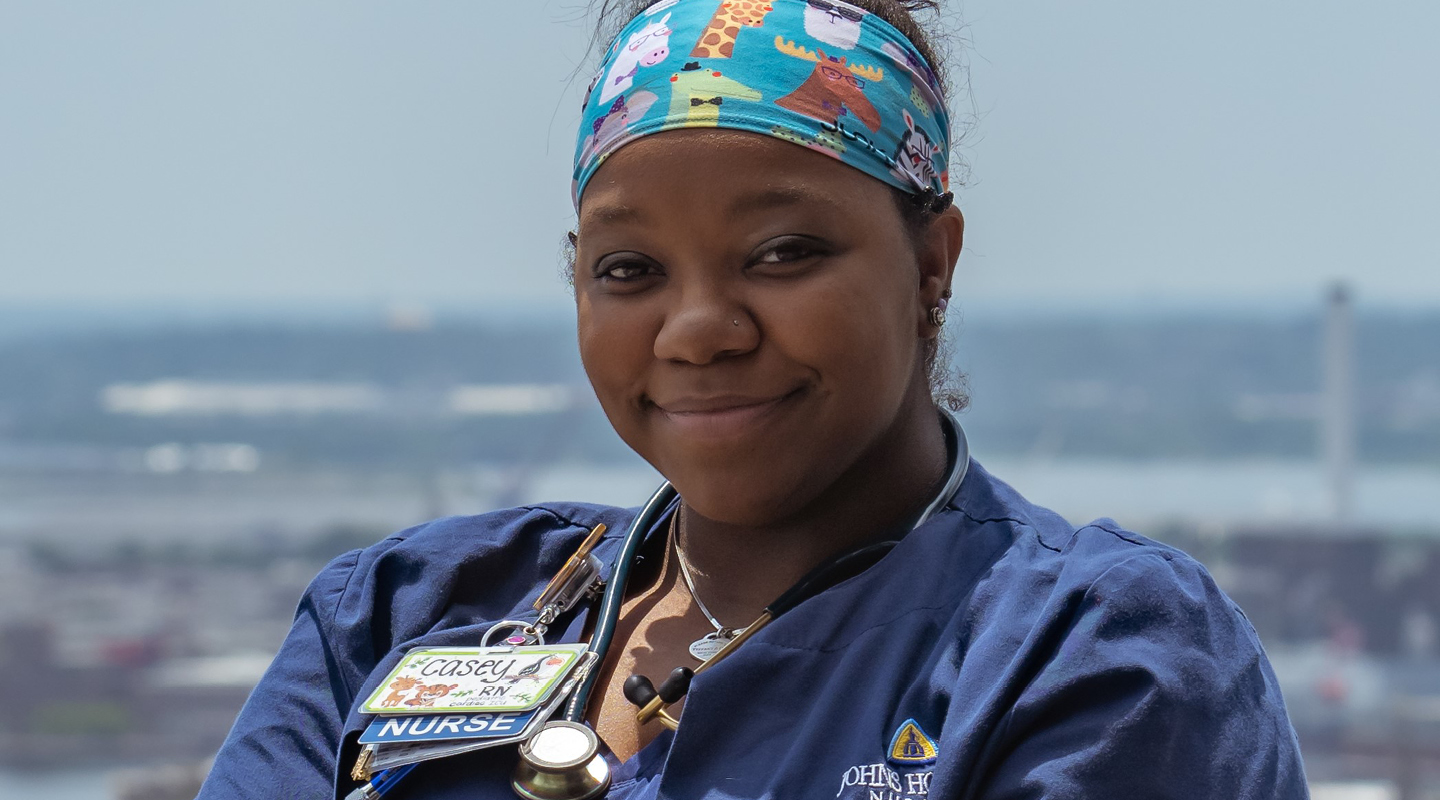 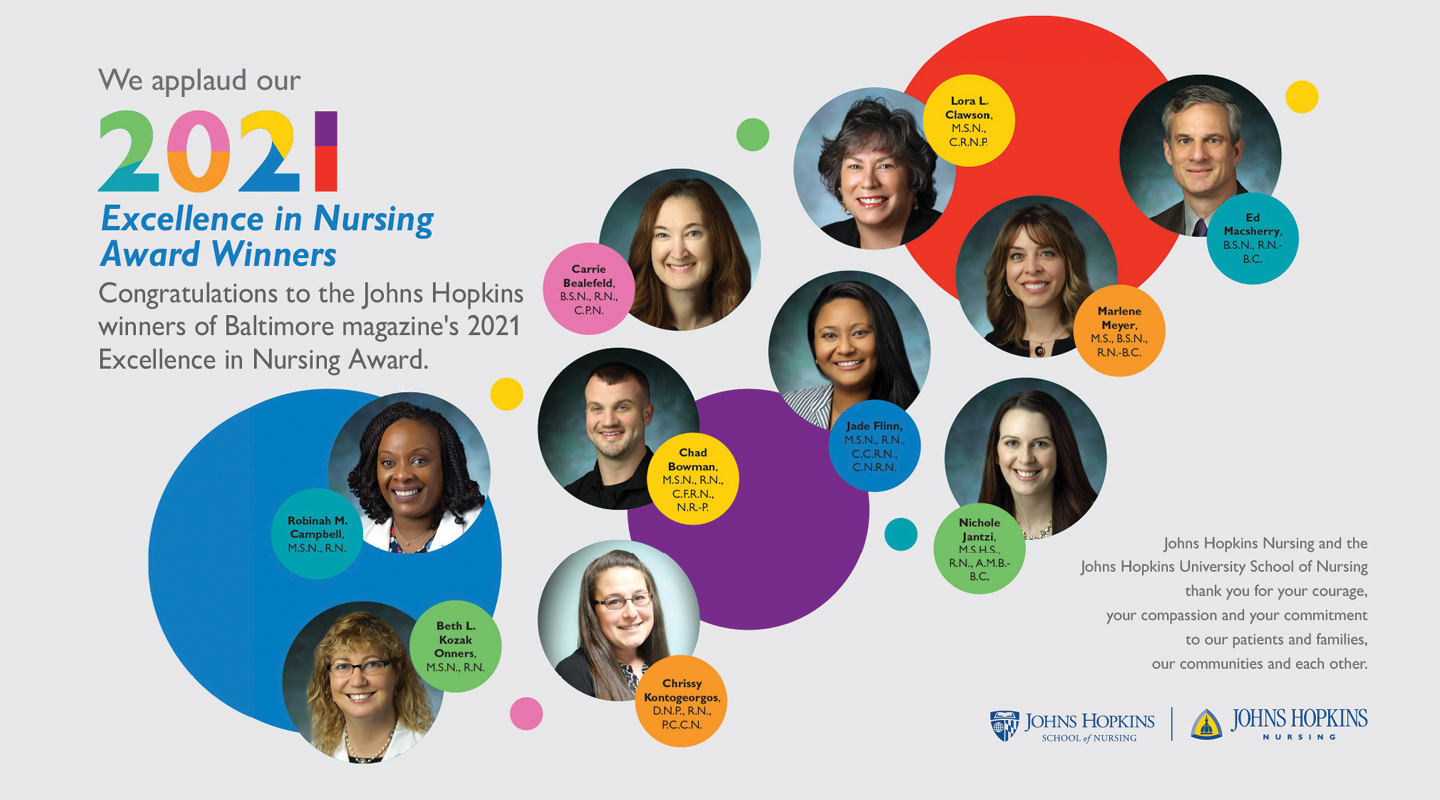 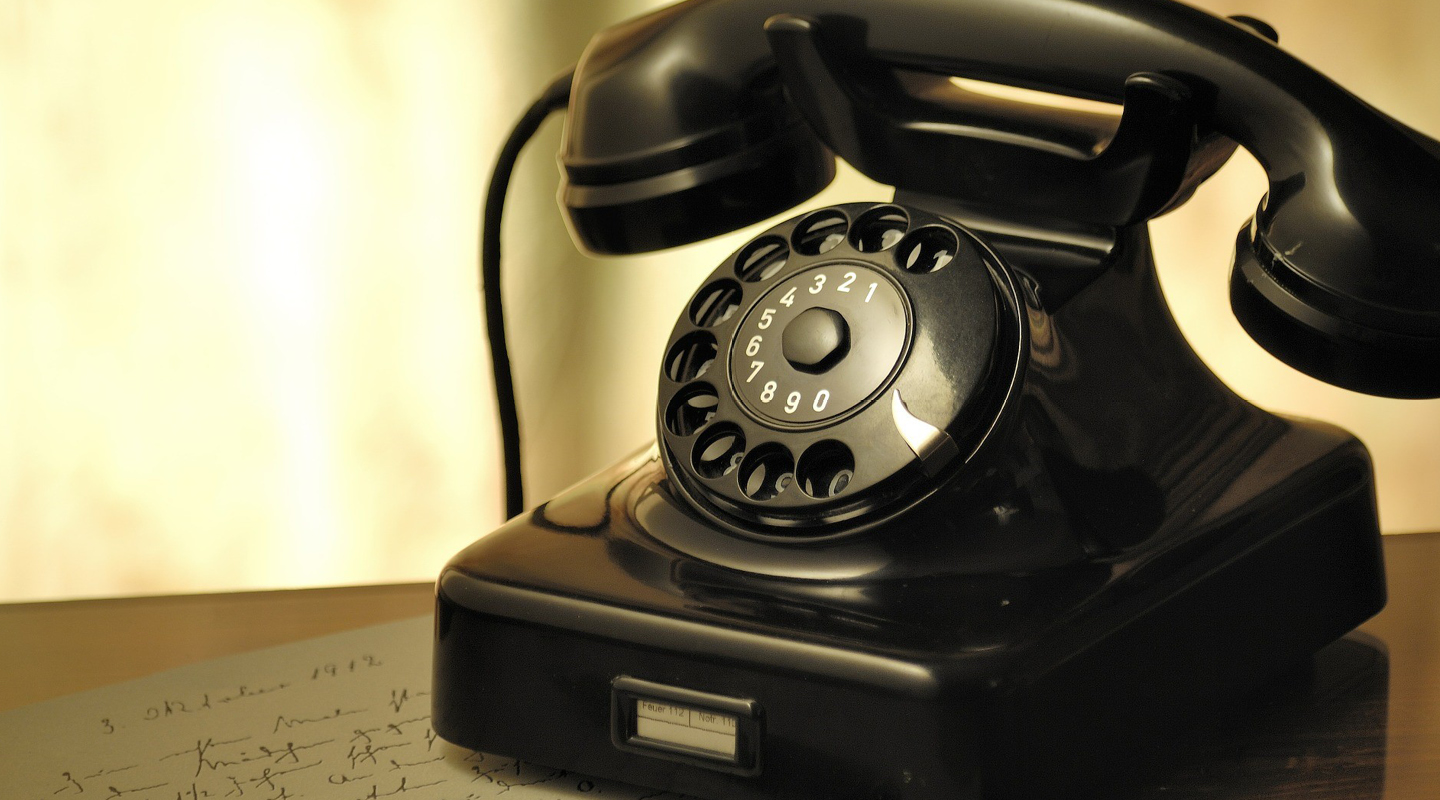