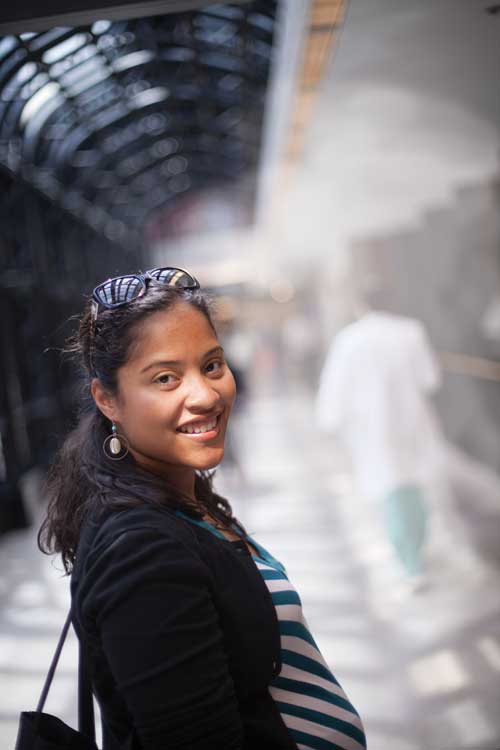 Thaissa Davila was always fascinated with how the body works, but it took a tragedy to “seal the deal” for her nursing career. 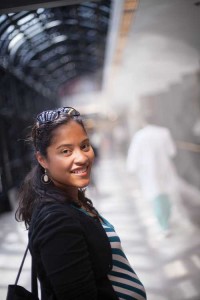 Growing up in Brazil, Davila says she did not have much exposure to nursing within her culture. Becoming a doctor was her idea of being involved in the medical field.

Upon moving to the United States, she interacted more with nurses and found she identified with them. Then, out of a tragedy came a defining decision. “My husband was involved in a car accident and was hospitalized for a few weeks,” she explains. “The way the nurses treated us and the experiences during such a difficult time sealed the deal. I realized nursing would fulfill me.”

She was accepted into the Johns Hopkins University School of Nursing, but with a growing family and a mortgage, finances were a concern. Thanks to the Class of 1944 Scholarship, Davila, a student in the Traditional 2012 class, can focus on her education without the worry. “It takes a huge amount of stress and burden off of my shoulders, and allows me to focus on school,” she says. “It also gives me time to take care of myself and my family.”

After graduation, she plans to work in an adult critical care unit and aspires to eventually hold a leadership position within a hospital. Pursuing an advanced nursing degree is also a long-term goal.

However, Davila’s goals extend beyond credentials and career path. Her limited exposure to nurses during her childhood and the experience of her husband’s hospitalization resonate in her higher aspirations. “I want to give back by being an ambassador of the nursing profession to patients and their families. I want to provide emotional support for patients, as well as their family members, in a time when they are vulnerable and sometimes even lost. I want to utilize my life experiences to pioneer a cultural change about diversity within the nursing profession.”