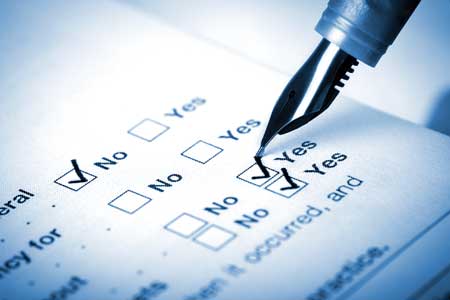 Numerous polls show recent college grads have been hit hard by the recession and are facing tough odds in finding well-paying employment. Others show the classes of 2010 and 2011 to be underemployed, with many not finding jobs in their preferred fields or geographic locations. That’s the bad news; the good news is that nursing grads might be proving to be the exception to the polls.

A recent survey of nursing schools conducted by the American Association of Colleges of Nursing (AACN) tells a story of success for recent graduates.  Among those receiving a nursing bachelor’s degree, 88% have received job offers within four to six months; for those earning a master’s, 92%.

At the Johns Hopkins University School of Nursing, informal surveys and questionnaires conducted among the 2010 Hopkins graduates show a similar percentage, with 89% of responding graduates from all classes (Bachelor’s, Master’s, PhD, and Doctor of Nursing Practice) indicating they have found employment since graduation. Of the 11% not currently employed, nearly 10% indicated they were pursuing an advanced degree and were continuing their nursing studies full time.

The School’s online survey also showed that nearly two-thirds of the employed respondents found nursing positions within 90 days following graduation; an additional 24% within six months; and only a small number, 8%, indicated their search took longer.

Many of the myths surrounding employment for new nurses are being exploded by the AACN and School of Nursing data. Myths that may have dissuaded some prospective students from seeking a nursing education include misconceptions about extreme difficulty with the employment search, hiring freezes at hospitals, geographic areas oversupplied with nurses, and new nurses being hired to do lower-level healthcare.

Among Hopkins grads only 11% reported the job search to be very difficult, while others (19%) reported no difficulty at all.  The highest percentage of respondents (71%) described their job search as slightly to moderately difficult.   The majority of survey respondents (58%) also found their first choice in a position and 66% in their preferred geographic location.  Ninety-one percent were employed by hospitals.

Sandra Angell, MLA, RN, associate dean for student affairs, is finding similar, if not slightly better results among early responses from the classes of 2011. “The jobs are there, and they’re good positions in excellent healthcare facilities. It might take a little longer, a bit more persistence, and occasionally a graduate might have to take their second choice in position or location,” she observes.

When the 2010 graduates were asked to share job-search advice for future grads, they echoed Angell’s observations, and added, “Network, use alums as resources, and most important, start early!” Many also attributed their success to their Hopkins experience, and one grad noted, “I’ve had people tell me that having Hopkins SON on my resume was a big bonus.”

The School is collecting similar data for 2011. Take our 2011 graduate employment survey.