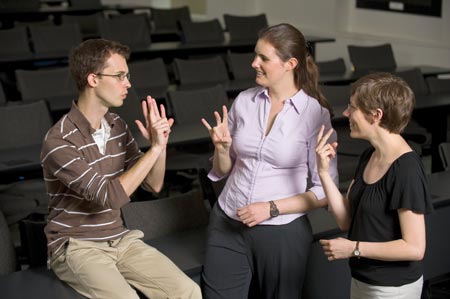 Helen Baker has an idea of how hard it can be to communicate with a deaf patient when no one knows sign language. A student in the accelerated class of 2010, Baker encountered a man who was hard-of-hearing during one of her clinical rotations.

“There were a lot of problems with communicating with him,” said Baker. “I felt like if you are going to provide quality care, you have to be able to communicate.” It’s a sentiment shared by nine nursing students who took a sign language class this spring.

Spearheading the cause is fellow nursing student Annie Mascorro, accelerated ’10, who, on behalf of the Peace Corps Fellows Program, helped organize a presentation at the school by Josh Swiller, an advocate for the deaf and disabled, Returned Peace Corps Volunteer, and author of The Unheard: A Memoir of Deafness and Africa.

More than 150 attendees—plus two sign language interpreters—crammed in a classroom during Peace Corps Week to learn of Swiller’s experiences growing up deaf and traveling to Africa.

As they were planning the event, Mascorro and colleague Frank Mataska, accelerated ’10, became inspired to learn sign language.

“It’s a large minority group, and it’s a group we as nurses see in the hospital,” said Mataska, who has also encountered deaf patients as a student.

Mascorro and Mataska quickly worked out a deal with the Speech and Hearing Agency of Baltimore to have an instructor teach a class at the School of Nursing. They applied for grant funding through the Student Government Association to partially fund the course.

During his speech at the School of Nursing in March, Swiller spoke of how his disability shaped his life and his Peace Corps experience.

“I feel like I may be putting into words what you already know,” Swiller told the crowded classroom. “Choosing careers of service—that is hearing the unheard. There is no greater work.”

There is a lot of recognition among the nursing community about the need to understand diversity and health implications for different groups of people, but often the deaf and hard-of-hearing communities get overlooked, said Mascorro. “It takes members of these communities and members of the health care team to have some kind of awareness,” she said. 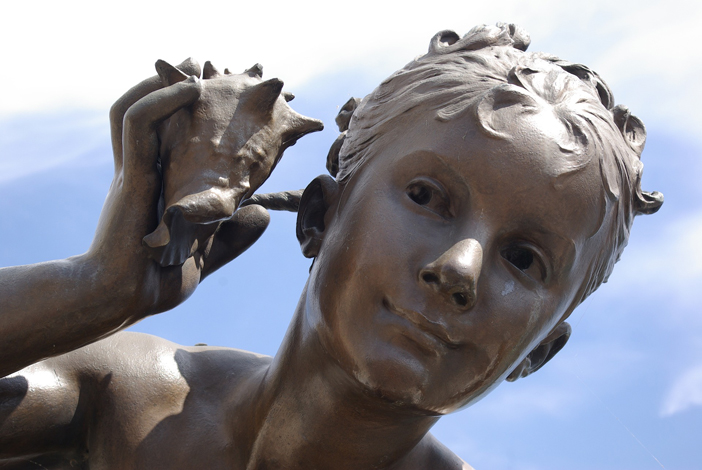 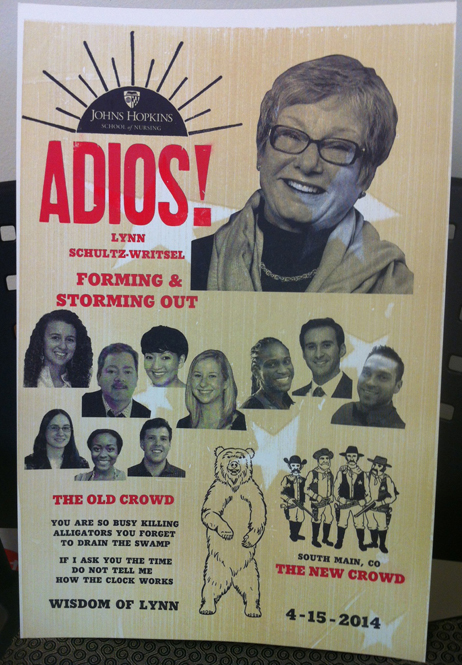