Anya was 15 and pregnant when her mother threw her out. The 28-year-old father of her child took her in. Soon, his verbal abuse became physical and sexual abuse. Anya visited the ER regularly, but never pressed charges. Six years, a miscarriage, and two more children later, she finally summoned the courage to flee the relationship. That courage came in the form of an emergency department nurse, who, Anya says, saved her life. (1)

No one is immune from intimate partner violence (IPV). Annually, as many as eight million people are known IPV victims in the U.S.; the actual number is probably much higher. For decades, the silence about IPV was deafening. Victims felt too much shame and fear to speak out. Health care professionals and first-responders didn’t know how to ask about IPV. Today, the situation is changing. JHUSON leaders in IPV research have advanced new tools and knowledge to give IPV victims a voice and a renewed sense of safety and self-worth.

IPV researchers at home and abroad look to Chair and Professor Jacquelyn C. Campbell, PhD, RN, FAAN as a mentor and to her work as a model and springboard for their own inquiry. Her passion and leadership in IPV research, education, and advocacy have not flagged for more than 25 years. She recently conducted a review of international research examining the potential relationship between IPV and HIV/AIDS infection among women (International Journal of Injury Control and Safety Promotion, December 2008). The study yielded as many new questions as it did answers, such as why victimization of HIV-positive women differs between the U.S. and Africa and whether IPV may lower resistance to infections such as HIV.

Campbell is best known as the creator of the Danger Assessment, an instrument to assess the risk for lethal IPV violence. Since its 1981 introduction, the instrument’s validity has been tested continuously across a broad range of communities, ages, races, and ethnic groups. Its questions have been refined to reflect the most salient risk factors for lethal violence. This spring, Campbell and JHUSON Associate Professor Nancy E. Glass, PhD, MPH ’96, RN ’94, in one of many collaborations, reported on the significant predictive accuracy of the current version of the Danger Assessment in the Journal of Interpersonal Violence (April 2009). An adaptation is being used by Maryland first responders as a short IPV danger screen; a separate tool has been introduced for use with same-sex partners.

Glass, whose sense of social justice was honed as a Peace Corps volunteer, has sought to identify and respond to the factors that keep some female IPV victims from seeking help and safety. She recently examined differences in the types of IPV experienced by Latinas and non-Latinas. Reporting in the Journal of Community Psychology (March 2009), she found that, in contrast to the diverse types of IPV found among other populations, among young rural Mexican immigrants, forced sex is the form of IPV most commonly reported, a finding that may have important implications for IPV prevention.

In other work in the Latina community, Glass describes the elements of a successful, culturally appropriate, IPV intervention for Latinas. [Hispanic Journal of Behavioral Sciences, March 2009]. Foremost is the ability to establish and nurture relationships with Latina-serving, local organizations that can open the door to Latina IPV victims. Glass notes, “Partnerships are at the heart of community-based participatory research. Our research and the IPV support services we left behind were possible and sustainable only because community organizations were active, engaged partners.”

Men are not the only perpetrators of intimate partner violence. According to JHUSON Associate Professor Joan E. Kub, PhD., APHN, BC and alumna Jessica R. Williams, PhD ’08, MPH, RN, women in heterosexual relationships also commit IPV, and in greater number than once believed. Their review of female-to-male IPV studies (Trauma, Violence and Abuse, October 2008) confirmed that female-perpetrated IPV is common among adolescents, college students, and adults. Emotional violence is most prevalent, followed by physical violence and sexual violence. While some IPV may arise in response to victimization by a male partner, date, or friend, more study is needed to delineate the range of factors implicated in female-initiated IPV.

Without intervention, IPV can pass from one generation to the next, a growing concern since, each year, as many as 10 million children witness IPV. To help break the cycle, Professor Phyllis Sharps, PhD, RN, CNE, FAAN, is assessing the effectiveness of the Domestic Violence Enhanced Visitation Program (DOVE), a community-based, nurse-led IPV prevention initiative.  While outcome findings are months away, Sharps is hopeful, since the program enables IPV victims to mobilize resources to escape, stay safe, and keep their babies safe.

According to Glass, the IPV research by JHUSON faculty shows “nurses can make a difference in the lives of IPV victims. Community systems can be created; health care providers can learn the right questions to ask and the right resources for their patients. So many of the changes we’ve seen in IPV-related policy and programs, education, and health care have happened because a nurse cared and took action.”

(1) Anya’s story is a fictional case example based on the lives of real women with whom JHUSON IPV researchers have worked and aided over the years.

Above All, Ask the Hard Questions

How to ask
To identify and assist victims of intimate partner violence (IPV), nurses need to ask difficult questions. Creating a nonjudgmental, compassionate environment helps, as does a good sense of timing. Privacy—particularly from the domestic partner—is crucial to a safe environment in which a patient is best able to disclose difficult information.

What to ask
Do you feel safe in your current relationship?

Within the last year, have you been hit, slapped, kicked, pushed, shoved, or otherwise physically hurt by your partner or ex-partner? If yes, by whom? Do you currently have contact with him?

Has anyone ever forced you to have sex when you didn’t want to? If yes, who? Do you currently have contact with him?

How to Help Victims of IPV
Use the Danger Assessment (www.dangerassessment.org) to assess level of physical risk—including homicide.

Help the victim develop a safety plan.  Provide information about hotlines and shelters.

Carefully, completely, and objectively document the IPV in the woman’s own words, in clinical assessment, and in pictures. 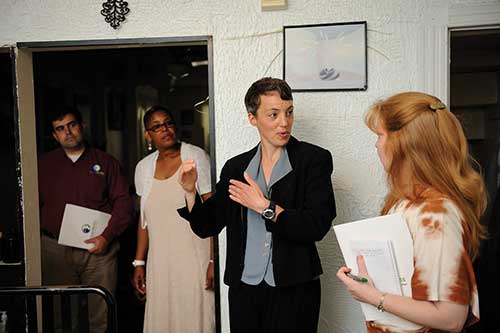