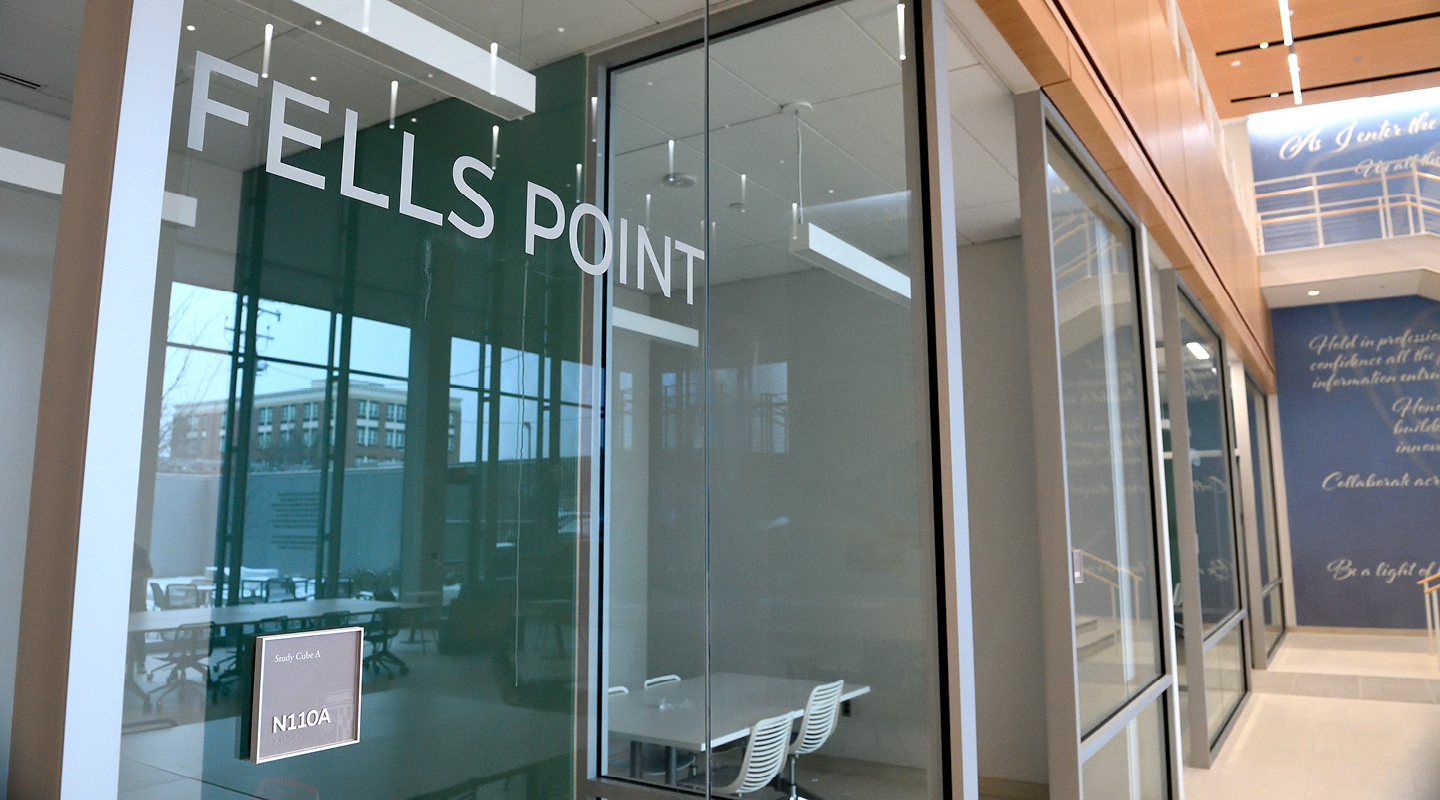 [Turn on the Waterworks: A Fountain Returns.]

The collection of neighborhood names is a true reflection of the JHSON community, its footprint, and its impact, according to Dean Patricia Davidson, PhD, MEd, RN, FAAN.

In addition, with support of the SON Black Student Association, JHSON named a first-floor classroom in honor of Gertrude T. Hodges, the first African-American graduate (Class of 1959) of what was then known as the Johns Hopkins Hospital Training School for Nurses. A pioneering nurse leader, Hodges provided decades of health care, teaching, and mentoring as she inspired generations of Baltimore nurses, many of them from underprivileged communities.