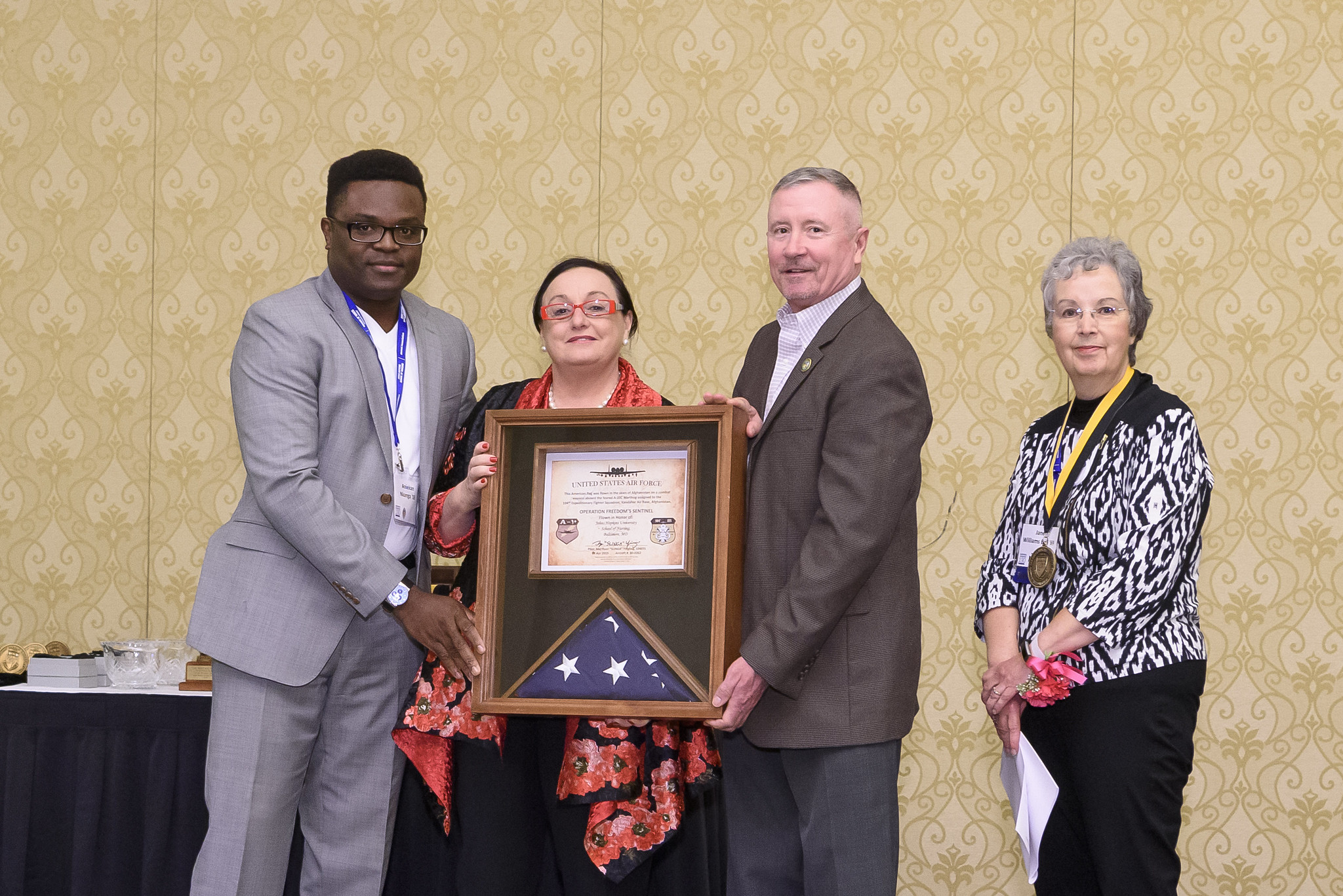 When I graduated, I cried tears of joy and expected to get a high paying job. Behold it did not happen; after I passed the NCLEX, I was deployed to Afghanistan for 90 days—twice the 45 day deployment assigned to many soldiers in my unit.

“Why?” I respectfully asked my commander.

“You graduated from Johns Hopkins. I believe you got this,” he said.

And so I deployed and oversaw a clinic. Thanks to the nursing skills I learned at Johns Hopkins, I completed my deployment with zero deficiency and earned the Air Force Achievement Medal, NATO, and several other medals. On March 23, 2019 (my anniversary and my wife’s birthday) I was recognized as Airman of the week by the U.S. Air Forces Central Command and the commander in Afghanistan gave me a coin.

During the 2019 alumni weekend brunch, I presented 3 U.S. flags flown in combat- in an A-10 fighter jet flown by my commander in Kandahar, Afghanistan- in honor of Johns Hopkins, Dr. Janelle Akomah, and Dr. Diana Baptiste.

Dr. Janelle Akomah was the first instructor I met in school. She saw goodness in all students, and encouraged us to see ourselves as prudent, great nurses. She taught my classmates and I to focus on critical thinking.

Dr. Diane Baptiste taught me never to give up, no matter how difficult the journey. I faced many challenges during the program; those words meant so much to me. 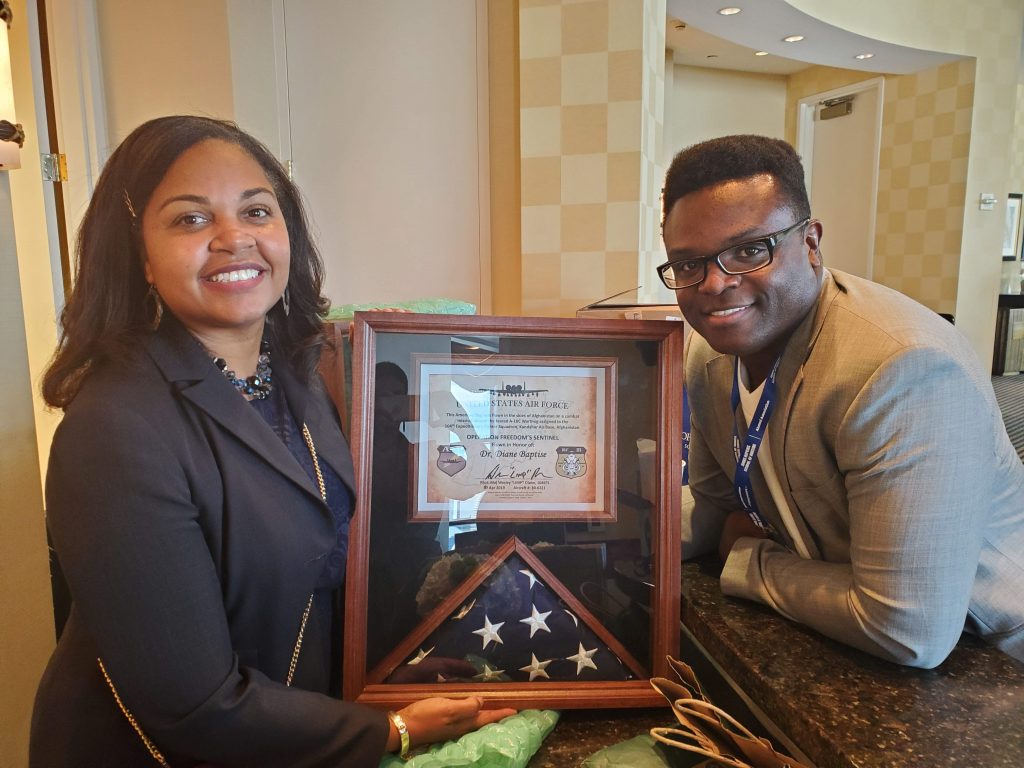 Thank you so much Johns Hopkins School of Nursing, I look forward to pursuing my Doctor of Nursing Practice.

“I pledge Allegiance to the flag of the United States of America and to the Republic for which it stands, one nation under God, indivisible, with Liberty and Justice for all.”