Ebola is a devastating disease, and not a way anyone would want to die. As a nurse who worked in a 120-bed Ebola treatment unit in Liberia in 2014, I have seen the horror of this completely ravaging disease on individuals, families, and whole communities. To contract the disease is terrifying and certainly made worse by the fact that those infected are isolated and separated from loved ones at a time when support is wanted the most.

So, as the World Health Organization is now administering an experimental vaccine within the Democratic Republic of Congo—the latest area where the disease is spreading once again—I struggle with a sense of relief that there is the potential to end such a deadly disease mixed with a sense of warning that we must proceed with caution.

A vaccination campaign may very well be what is needed at this moment to control an impending epidemic, but as a stop gap prevention tool, what does it afford in lasting protection? Will community health workers in the DRC be able to replicate the vaccine in their own labs or is it a solution that is held only in the hands of international workers, thus denying the agency and independence of the national health system? Are we prepared to take responsibility for a yet-unseen side effect of the vaccine? The DRC health system is unlikely strong enough to be able to do so.

Will state-of-the-art treatment be available to all if something unexpected happened? Ethically-speaking, have we fully considered the ramifications? This is a situation that shouldn’t be rushed, but should consider potential risks for coercion and proper informed consent and follow up.

Ebola is such a charged word that we need to make sure it doesn’t throw our perspective off from the larger picture of what health care should look like. Our work in these communities needs be about sustainability and a long-term plan for application and evaluation, not simply treating and moving on.

There are many other diseases that kill thousands more people on a regular basis that have not received the attention that Ebola has. Funding for global surveillance that was promised four years ago has now been cut, and communities that were being given tools to strengthen their own health systems and monitoring are now left again depending on international intervention.

Prevention is far better than a cure, and we need to live up to our promise to strengthen the health systems in vulnerable countries. Investment in clean running water, toilets, sanitation, and more education for health care workers and nurses would be far more cost effective with longer lasting results.

All of this is not to say the vaccine is not truly important, because it is. But it is to say, the vaccine may not be the cure-all without the proper ethical and sustainability considerations. 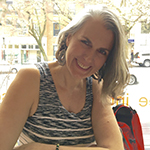 ABOUT THE AUTHOR: DEBORAH WILSON

Deborah Wilson, MPH, MSN, RN, has been working as a registered nurse internationally for the last 30 years. Her specialties are emergency medicine and neuroscience, with a focus on trauma.  Since 2004, Wilson has worked with Medicine Sans Frontiers/ Doctors Without Borders, taking leave from work to travel on emergency medical missions. She established a malnutrition project during an emergency hunger gap in Chad, set up a medical clinic in Haiti during the cholera epidemic, and treated 120 Ebola patients a day during the Ebola crisis in Liberia.