Oncology nurses learn to treat drugs, like their patients, with extreme care

In 1999, as Mikaela Olsen, MSN, RN, prepared for her third day on the job at the Johns Hopkins Hospital, the oncology nurse noticed a dull ache in her groin. It intensified a few hours later, accompanied by a wave of nausea that sent her from patient rounds to the emergency department. An ultrasound revealed an ectopic pregnancy.

Olsen, who at the time had two children and 10 years of experience in oncology, knows there’s no way to tell for sure whether exposure to hazardous cancer drugs was to blame. But the loss of a child and subsequent stories from other nurses compelled her to do more to protect her colleagues. She began to teach nurses about the risks, co-editing guidelines titled Safe Handling of Hazardous Drugs. Now in its third edition, the book is updated as the numbers of drugs and evidence of risks increase. She is also lead editor of the soon-to-be-published Oncology Chemotherapy and Immunotherapy Guidelines.

“Chemotherapy drugs can harm nurses for the same reason they’re toxic to cancer cells,” she explains. “They usually damage DNA or prevent it from replicating, which in turn prevents cells from dividing. But the drugs can’t distinguish healthy cells from cancer cells.” And studies in 2010 and 2014 showed increased chromosomal abnormalities in the blood cells of health care workers.

Most chemotherapy drugs are liquids administered intravenously, so nurses and the pharmacists who mix them are most at risk of exposure when compounds vaporize or drip. “Unlike those who work with radiation, there’s no way to measure a person’s exposure to these drugs,” she says. “So it’s also hard to prove cause-effect relationships when unexplained symptoms appear, sometimes years later.”

“Oncology nurses dedicate their lives to caring for cancer patients. That shouldn’t be a risk factor for getting cancer ourselves.”

A year after her ectopic pregnancy, Olsen brought closed system transfer devices to her department. These allow nurses to connect drugs to an IV line without drippage or aerosols escaping. Olsen also made sure personal protective equipment (PPE), like impermeable gowns and gloves, was available and being used properly. She worked with an interprofessional team to follow drugs from delivery to the hospital, to mixing and packaging by pharmacists, to administration on the units, to disposal. Environmental wipe tests revealed how much contamination occurred at each step and containment strategies were put in place. Now, for example, pharmacists double bag hazardous drugs to prevent contamination during transport and storage.

“When I first started as a nurse in 1989, we only wore gloves,” recalls Olsen. “Now we wear a gown, double gloves, a mask, and a face shield.” Since all of that could be off-putting for patients, nurses preemptively explain that the drugs can cause side effects for health care workers too. In the outpatient setting alone, Hopkins nurses administer 250 doses of chemotherapy a day. “Our patients get it. We’ve even had some remind their nurses to put on their PPE.”

The National Institute of Occupational Safety and Health, a division of the Centers for Disease Control and Prevention, lists two other hazardous drug categories: non-cancer drugs and those that pose a reproductive risk for men and women or for breastfeeding mothers. Olsen did surveys and found that hazardous drugs are used throughout the Johns Hopkins Hospital. So, she has been rolling out safe handling procedures for nurses and working with affiliated hospitals to develop awareness and policies.

One she is particularly proud of is alternate duty. Any employee, male or female, who works with hazardous drugs can ask to be temporarily reassigned if breastfeeding or trying to conceive. Olsen also emphasizes education for pharmacists, nurses, clinical technicians, housekeeping staff, and even authorized prescribers who administer the drugs.

She has also taken her message around the country and to China, Japan, Bulgaria, and Singapore. In 2014, she helped introduce a bill to Maryland’s General Assembly that would require employers to protect their employees from hazardous drugs.

“Oncology nurses dedicate their lives to caring for cancer patients,” says Olsen. “That shouldn’t be a risk factor for getting cancer ourselves.” 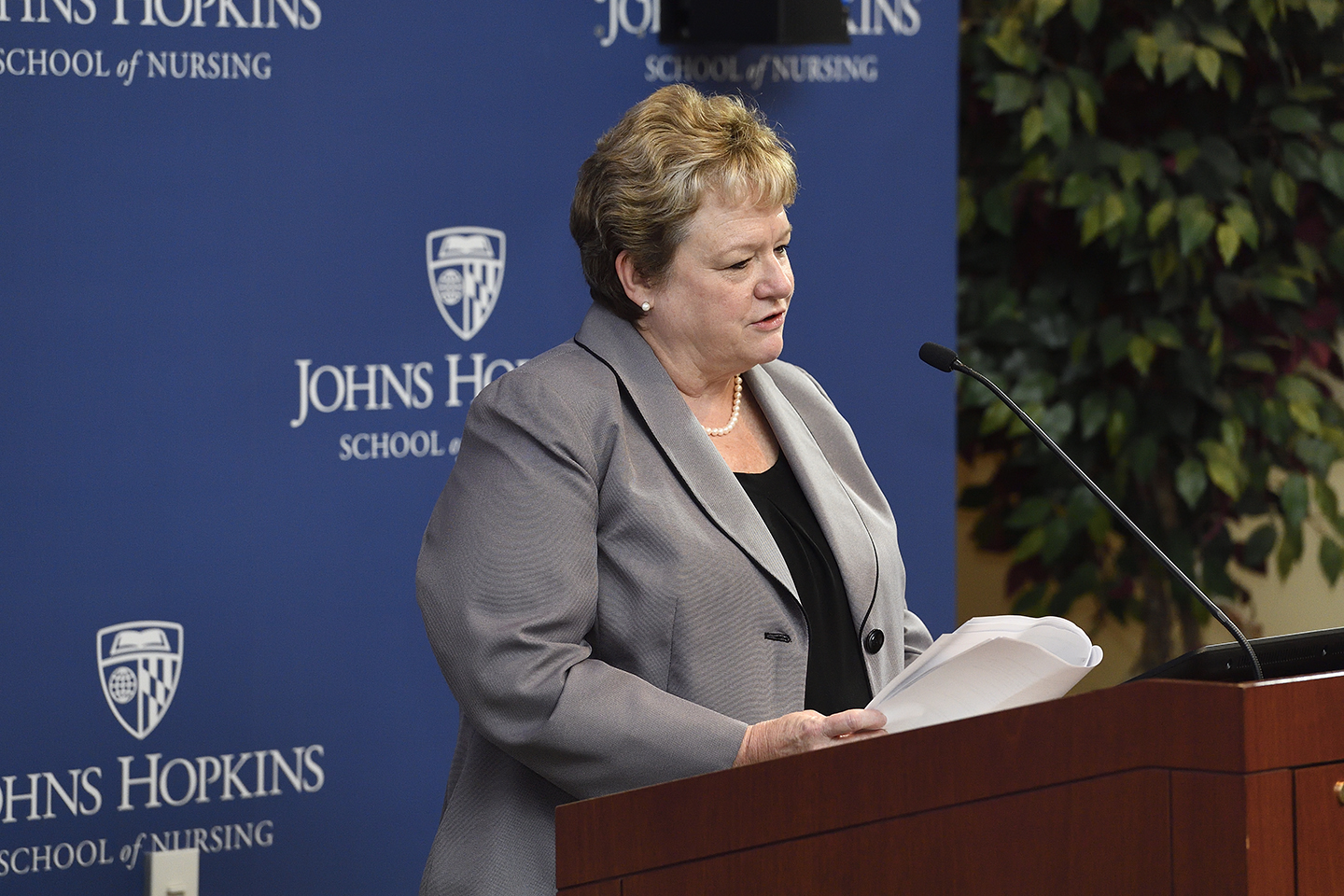 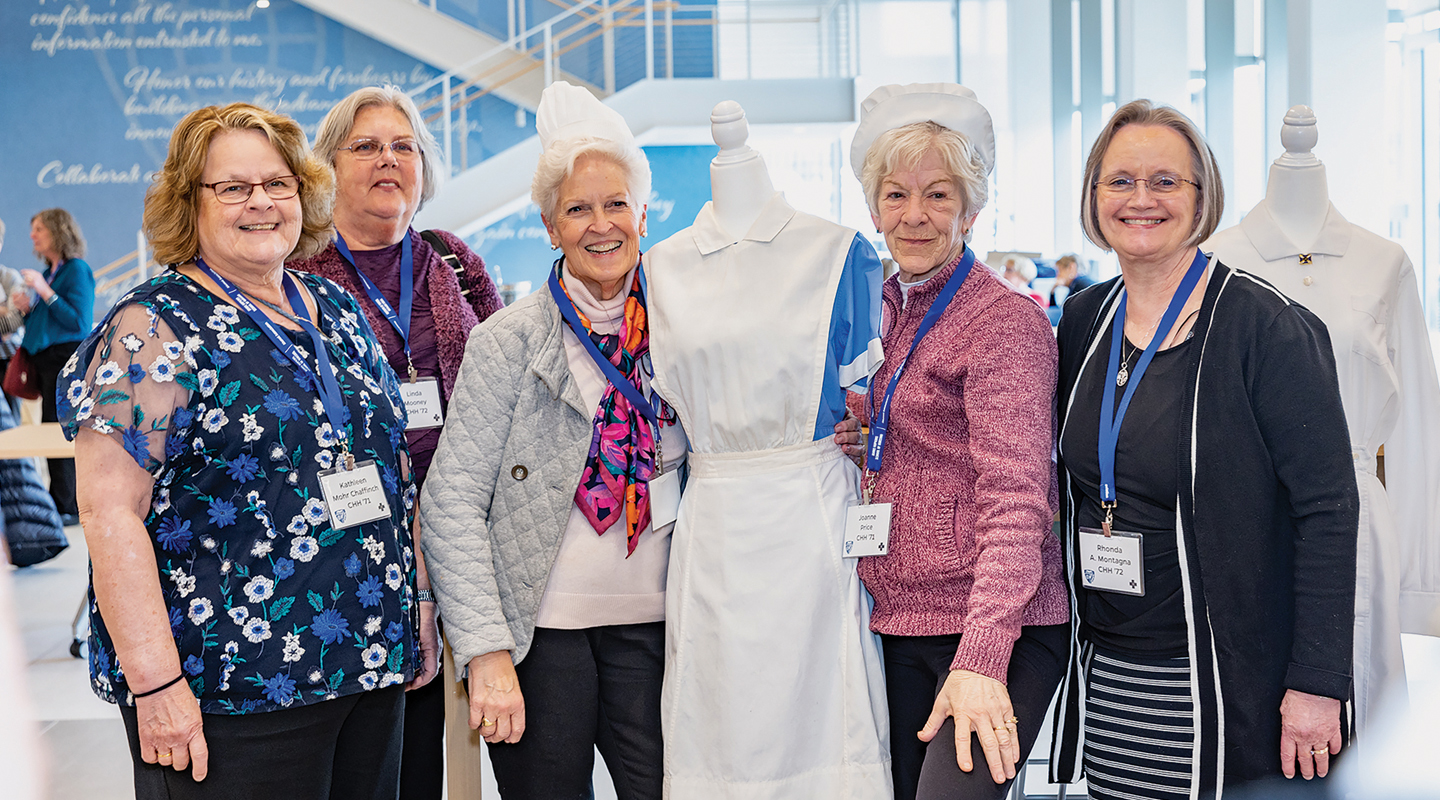 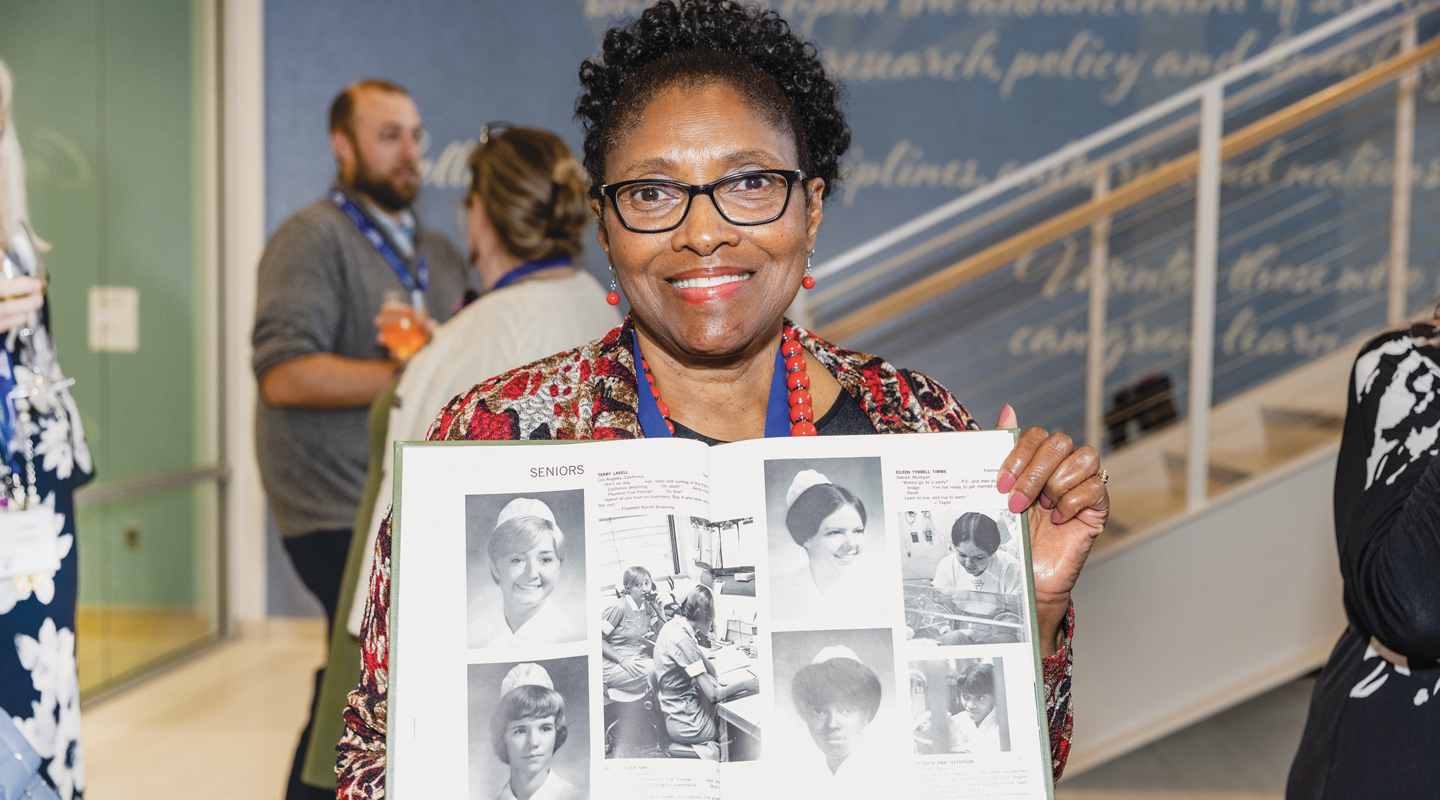