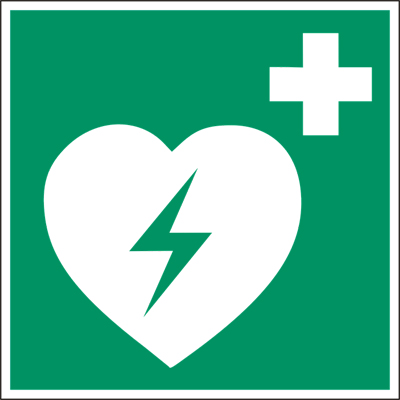 Those three words, only nine letters, mean so much. Turn off what? The light, the television, the car, your phone, your computer. Your chance at life?

Last month, I had the great privilege of spending my father’s last days with him. Soon before his life came to an end, he made the difficult decision to turn off his implantable cardioverter-defibrillator. His death two days later was peaceful.

The little device connected to his heart perpetually monitored its rhythm. The device’s function is to keep the person’s heart beating normally and give him a chance at life if a dangerous rhythm develops. We know, of course, that there is no device that can perpetuate life ad infinitum, but the ICD, as it is called, is hell-bent on trying.

are a technological remedy for people with heart failure. Lots of people have them. You would never know, unless you spotted their generator. The bump on their chest is about the size of a deck of cards and it lies just beneath the surface of the skin. Electrodes that lead to the heart are obviously not visible, but they are there too.

People with heart failure are at risk for life-threatening arrhythmias. When a potentially deadly rhythm is detected, the ICD converts the heart’s electrical impulse back to a rhythm that is compatible with life. Sometimes it shocks the heart back into a normal rhythm. In that way, it functions similarly to an automatic external defibrillator, an AED—like the ones you see in the airport—but it works from inside the body rather than outside.

This electrophysiological device is literally a life-saver for many people, including my dad. It shocked him once a couple years ago and successfully brought his heart back into a normal sinus rhythm. It is not a pleasant experience, from what I’ve heard, but it can provide years of additional life.

Some people with ICDs receive shocks fairly regularly. For others, the device serves primarily as a pacemaker. The function executed by the device depends on your heart’s rhythm, arrhythmia, and how the device is programmed.

My dad’s health slowly but certainly deteriorated over many years. After attending a talk by Dr. Marie Nolan, professor and executive vice dean at the Johns Hopkins School of Nursing, I occasionally talked about the ICD with my dad and mom. Dr. Nolan’s research on decision making at the end of life heightened my awareness of how this device could influence one’s end-of-life experience. I was concerned that the ICD would not allow my dad’s heart to stop naturally when the time came for his life to end. Because his quality of life was relatively high right up to the end, keeping the ICD turned on made sense to him.

At a certain point, however, the scenario changed, and it became apparent that the end of his life was near. My mother wisely directed me to summon my siblings and we gathered around my dad in my parents’ living room. I asked him if we should turn the ICD off now, and he agreed.

The goal at that moment was not to perpetuate life, but to honor the end of my father’s rich life with respect and dignity. I sprang into action knowing the high stakes we were dealing with.

Assistance is needed to turn off an ICD since there is no palpable on/off switch on the generator. A high-tech wand attached to a high-tech box is needed to definitively turn it off. After notifying the cardiologist of my father’s rapidly deteriorating condition and his decision to turn off the ICD, an electrophysiology technologist was quickly deployed to my parents’ home.

We had already requested home hospice care, and the social worker arrived before the technologist and his “magic wand.” Because I had mentioned that my dad had the device, the social worker brought a strong magnet, which inhibits the defibrillator function of the ICD.

I explained to my father that we could place the magnet over his ICD if he wanted to disable the defibrillator function. He agreed. Soon thereafter, the electrophysiology technologist, who had known my father for many years, arrived. He sought my father’s approval, and then permanently disabled the device.

My dad remained with us for a couple more days, and then when it was time for him to let go, he was able to slip away quietly, without being shocked.

I hope this personal account has provided food for thought about end-of-life care for someone with an ICD. Through my father’s work as a family physician, he was my first health care mentor. My mother and father have encouraged and supported my lifelong pursuit of education and training in—and the practice of—nursing science. My dad continued to teach me right up to the end, when he decided to turn off his ICD and allow his life to pass into death naturally, calmly, and peacefully.

ABOUT THE AUTHOR: PAULA NERSESIAN

Paula Nersesian, MPH, RN, is a PhD Candidate and Lecturer/Clinical Instructor at the Johns Hopkins School of Nursing. Her dissertation research focuses on examining the relationship between loneliness and biomarkers of systemic inflammation, and the influence of social determinants of health. Paula seeks to build on her 30 years of work advancing population health by developing innovative, cost-effective nursing interventions targeting social determinants to improve community health and well-being.