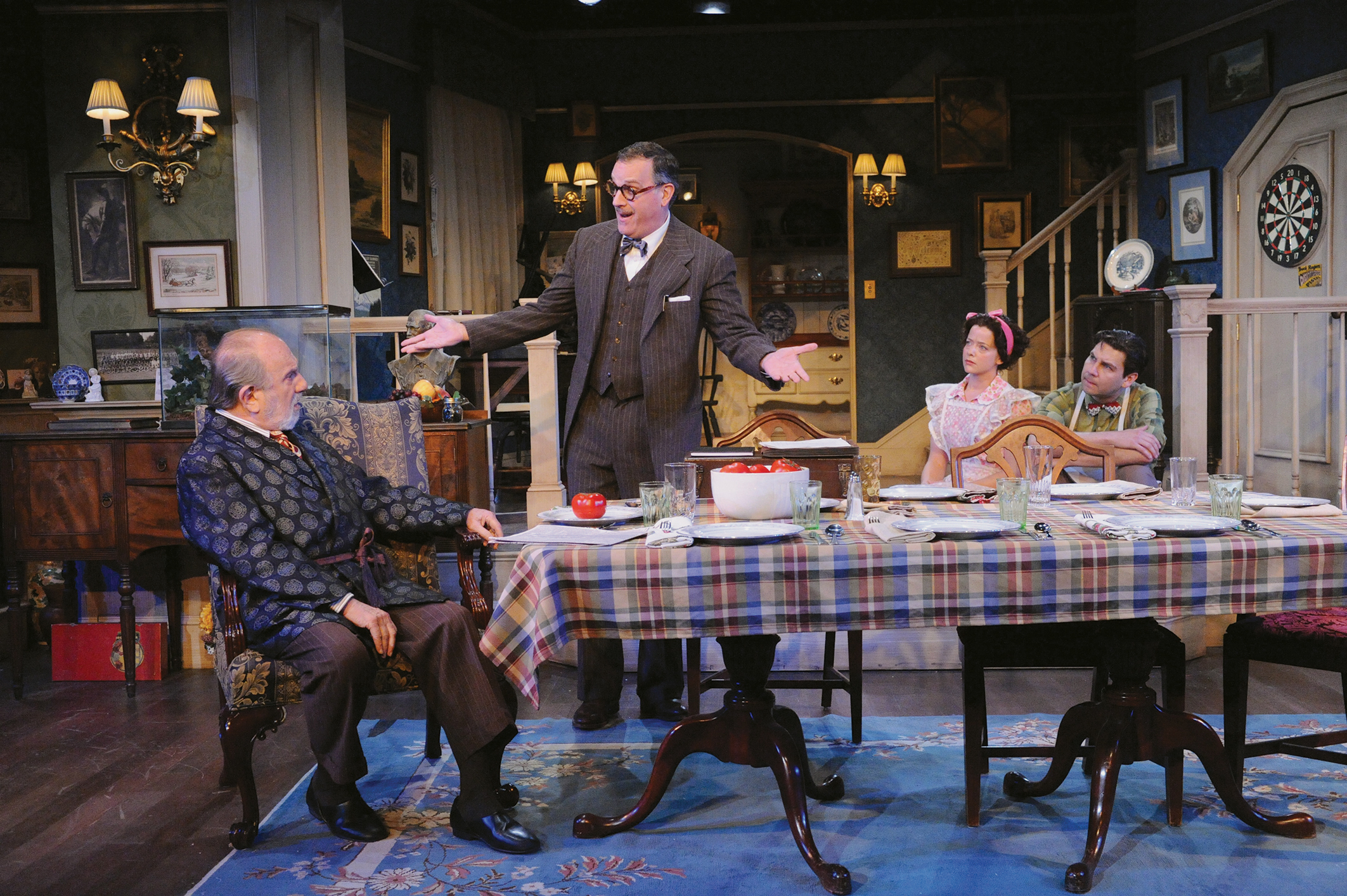 Steve Sawicki, RN, isn’t big on soliloquys, at least not when it comes to his regular nursing job. There, he’s strictly business. But mention acting to the caregiver who joined The Johns Hopkins Hospital in 2006 and he offers just a little peek behind the curtain.

“My true love, what really drives me creatively and feeds my soul, is the theater,” says Sawicki, a nurse clinician on Meyer 6 providing bedside care to geriatric patients with psychiatric concerns and adults living with persistent pain. “Spending time with my outside interests recharges my batteries.”

These include playing the viola, bass guitar, tuba, and accordion, and Sawicki‘s been known to cantor for Saints Philip and James Church in Charles Village. It’s a work-life balance that Sawicki has for now intentionally tilted toward his role at the bedside. “These outside interests remain just that. … I take pride in my work as an RN, and I enjoy it.”

But he’s not against a little improv on the unit: “I follow hospital protocols, but every now and then I may have to rely on storytelling skills to distract a patient with dementia while a phlebotomist is attempting to draw blood.”

After earning a degree in theater from St. Michael’s College in Winooski Park, VT in 1989, Sawicki went on a whirlwind U.S. tour from 1989-90 and again from 1996-97 with the National Players (from Olney, MD) performing in A Midsummer Night’s Dream, The Life and Adventures of Nicholas Nickleby, and The Importance of Being Earnest. He’s also acted at the Olney Theatre Center for the Arts, Baltimore Shakespeare Festival, CenterStage, and Everyman, Iron Crow, and AXIS theaters.

Has nursing influenced his acting? “Well, there was one play that featured a character in a hospital bed, and I provided a little guidance for the actor playing a nursing role.”

While he’s all caregiver all the time right now, there’s no rush to bring down the final curtain. Smiling, Sawicki shares what’s on the back burner: “One of my theater friends and I are putting our heads together to create a two (or more) person show. We are in the very beginning stages of that, and it‘s so exciting!”

For now, his first love (and first career) waits, performing an important role of its own. “After the grueling schedule we had to keep [on two theater tours] I find that I’m pretty much prepared for any circumstance that comes my way.”