Don’t tell Dad, but the scary injury that laid his father up for five months in a Chicago hospital was one of the best things ever to happen (at least professionally) for Patrick Bartels, Accel. ’15.

“I’m not sure how to put this, because my dad was in so much pain … but I was having a blast hanging out with the staff there,” says Bartels, a community account manager for United Way in Portland, OR when he got the call in 2012 that Dad had suffered a seizure, fallen, and broken his back. Bartels began flying back and forth to spend time with him at Northwestern Memorial. “The nursing staff especially just blew me away. The work just seemed so fulfilling and interesting.” 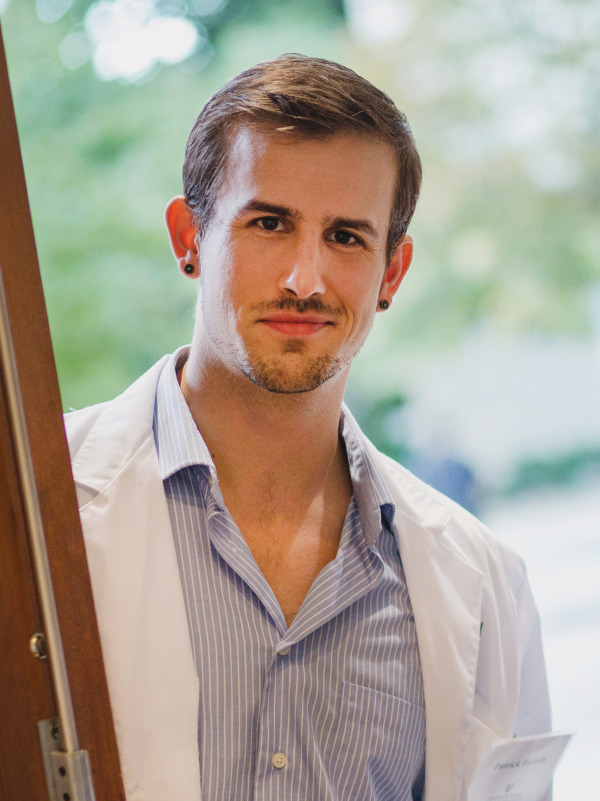 When Dad went home, so did Bartels. A long-term relationship on the West Coast had ended, and now he’d fallen for nursing. A teacher in Portland suggested he give the Johns Hopkins School of Nursing a look, but Bartels wasn’t so convinced that Hopkins would look back.

He got in, and received a Louise G. Thomas Cooley Scholarship to boot. “I found out about it at 3 a.m., when my roommates were all sleeping,” Bartels says. “I was silently jumping around, screaming at the top of my silent lungs.”

Bartels would like to become a family nurse practitioner, and he feels Baltimore and Hopkins are as good a place as any to start down that path. “This place is just too cool not to take advantage of,” he says. “You’ve got the best people in every field connected to healthcare. I’m pumped every time I get to go across the street and work in the hospital.”

The Louise G. Thomas Cooley Scholarship Fund was established in 2004 by friends of Mrs. Cooley, a 1949 graduate of the Johns Hopkins Hospital Training School for Nurses. Learn more at http://nursing.jhu.edu/financialaid.