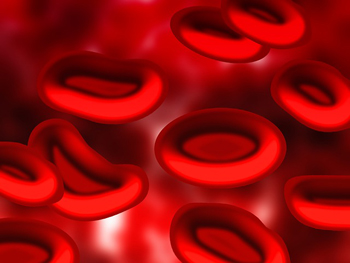 Ever been turned away from a blood-donation center? It’s humiliating. No, that word doesn’t quite capture the feeling. Everybody in the room has read the list of reasons you can be refused as a donor and — nasty little creatures that we all are — assumes you are being shown the door because you:

a.    Had sex or shared a needle with an intravenous drug abuser

b.    Traded sexual favors for narcotics

c.    Paid for sex with a prostitute

d.    Had sex with someone from a nation considered an infectious hotspot

My sin? Melanoma in situ. No prostitutes, no intravenous drugs, no transfusions, no travel “adventures.” Nothing to hide, except … a funky mole had been removed from my abdomen a while back. It showed signs of developing skin cancer, the likely result of too many shirtless youthful days (especially for a chubby, uber-white kid). The doctor went back in and cut out a slab of nearby tissue, and I’d been “clean” for more than a decade.

So imagine my shock as the tech produced a sheet of paper that said I was unfit to donate my blood. This was a pediatric blood drive, she explained. They couldn’t give my blood to kids on the off chance that I might pass along a cancer cell from my bloodstream. “But it was forever ago?” I stammered. New policy, she said. Sorry.

Ow. Forget that I had to walk the length of the blood bus to get to the exit, past all the folks I’d chatted with in line, now eying me judgmentally and giving me a wide path even as another tech called out cheerily, “Would you like a T-shirt anyway?”

Maybe giving kids cancer? I wanted to cry. The blood drive people from the local church used to hound me every 56 days. Among that much older population of donors, my blood was often set aside and labeled specifically for the pediatric unit to save babies. Now? My blood was now too dangerous to use? Even in a time of great need? Had I killed some poor innocent already?

So I ran — from the stupid bus and the whole blood donation idea. Stopped answering the phone when the church and/or the Red Cross called. Simply tried not to think about it. Didn’t check out the facts. Didn’t know that the bloodmobile tech apparently misunderstood the new policy … in situ is known as stage zero. Not “real” cancer yet, so no cancer cells in the bloodstream and thus no cancer spread to kids.

I could have looked it up. Simple shame, ignorance, and fear of what I thought I might have possibly maybe already done.

How many 56-day periods are there in a year? (Six-plus, and yes, I needed a calculator.) One pint can save several souls. Two pints of blood make a quart; four quarts to the gallon.

Here we are something like eight years later and maybe six gallons down (if my calculator did its math right) at the Johns Hopkins School of Nursing, where everything reminds me of my mother. (I ran from her at my own peril.)

Mom was an emergency department nurse, as I’ve mentioned. To her, giving blood wasn’t just part of the job, it was a moral duty. She had started giving religiously while in nursing school and could recite the number of gallons she’d given in the 50-plus years since. It was a shocking volume. She had also given me O-positive blood, which any patient can use, and Mom expected me to share. She’d have wanted me to find out the real story, and would been giving me “that look.” Still, it wasn’t until very recently that I began web and soul searching. (I didn’t have the guts to consult the experts around here and maybe have my worst fears confirmed.)

Eligibility depends on the type of cancer and treatment history. If you had leukemia or lymphoma, including Hodgkin’s Disease and other cancers of the blood, you are not eligible to donate. Other types of cancer are acceptable if the cancer has been treated successfully and it has been more than 12 months since treatment was completed and there has been no cancer recurrence in this time. Lower risk in-situ cancers including squamous or basal cell cancers of the skin that have been completely removed do not require a 12-month waiting period.

Same questions, same answers from me: No, no, no … a thousand times, no. A new answer from them: Roll up your sleeve. You’re going to feel a little pinch.

Today a thank-you email arrived. Guess it turned out OK. A hero again! “I Make a Difference,” the sticker still on my desk reads. And in 56 days, or thereabouts, I’ll let them take another pint. There’s some catching up to do.

So I’m a drip. But I guess I’m about to become a fountain once more. That feels good.

*These are lifestyle choices that I have not made, but we should judge no one for being human.