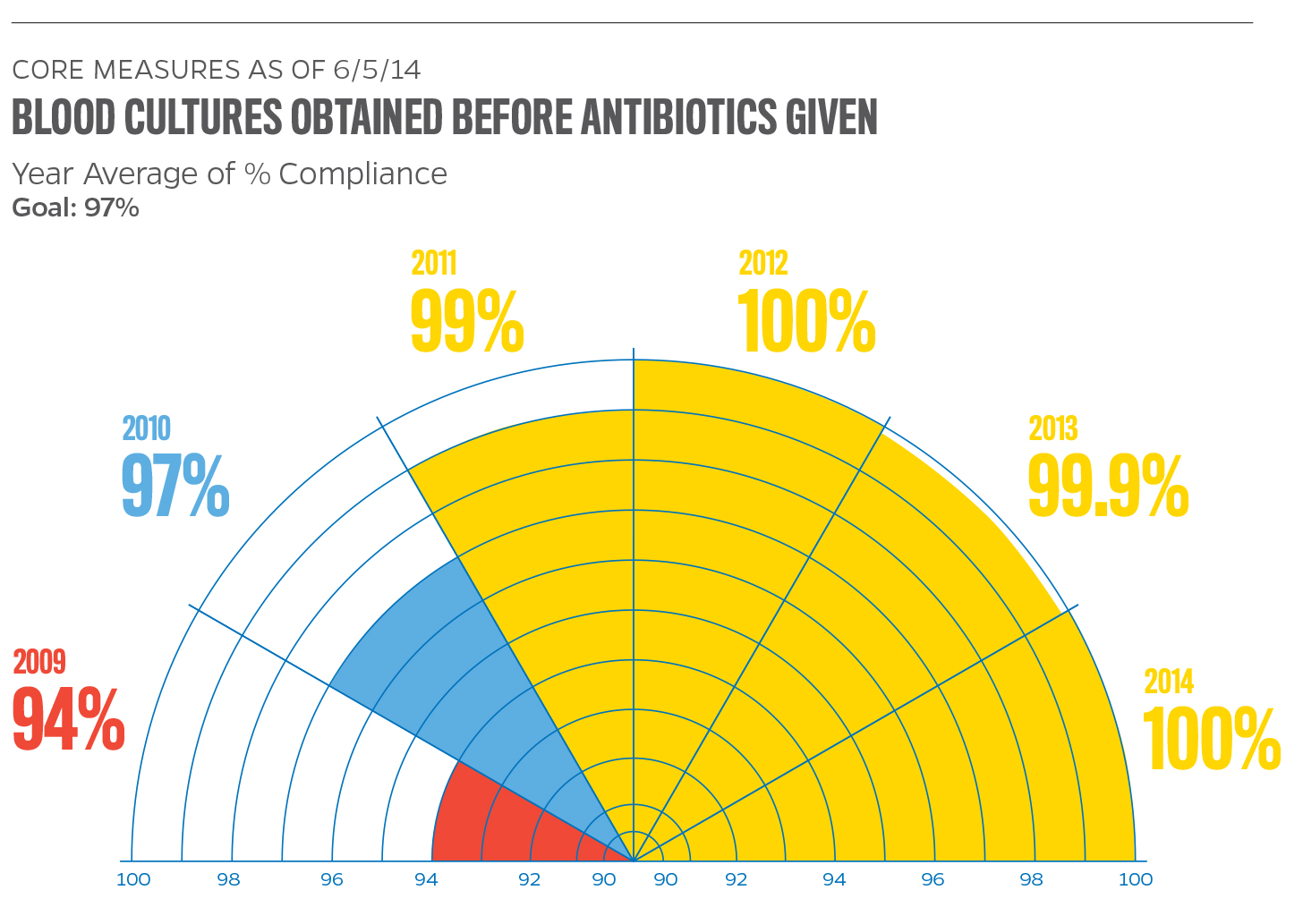 Teamwork leads to excellence in the Emergency Department

It sometimes isn’t easy to remember that far back, but there was a time when the emergency department at The Johns Hopkins Hospital struggled to meet a pair of key benchmarks for excellence. What’s far easier to remember today, after a roughly five-year run of near perfection at handling blood cultures, is how the team pushed its grades from A to A-plus.

The benchmark for blood cultures is no more than 3 percent contamination. The department was close, but not close enough. “And we couldn’t consistently meet the goal of being compliant 97 percent of the time with the core measure for antibiotics, which requires us to obtain blood cultures before administering antibiotics for patients with suspected pneumonia,” says Paula Neira, JD, RN, nurse educator in the Department of Emergency Medicine.

Instead of pointing fingers at one another, staff analyzed the situation to get all fingers pointed in the same direction, and maybe get a few out of the pot.

In 2009, approximately 200 people who worked in the emergency department (ED) could draw a blood culture, and “different people were using different techniques,” Neira says.

Lab techs drew most cultures, so Neira worked with them to create a group of dedicated blood culture technicians. Neira then set up an education program and personally taught each blood culture tech to draw them in an identical manner each time. Meanwhile, ED staff received training on the importance of obtaining blood cultures prior to antibiotic administration. Hospital leadership also threw its weight behind the initiative.

Communication was another key. Timing blood culture draws and antibiotic administration “requires a little bit of choreography,” Neira says. So staff created a system that turns nurses and techs into dance partners. Now, nurses who recognize the signs of a worsening illness know right where to turn to both help the patient and meet the blood-draw requirements: the dedicated techs. It’s as easy as, ” ‘Hey, I have a patient who might be really ill. The antibiotics are ready. Can you come do the cultures so I can hang the antibiotics as quickly as possible?’ ” says Dave Nowosielski, BSN, RN, team leader in the ED. 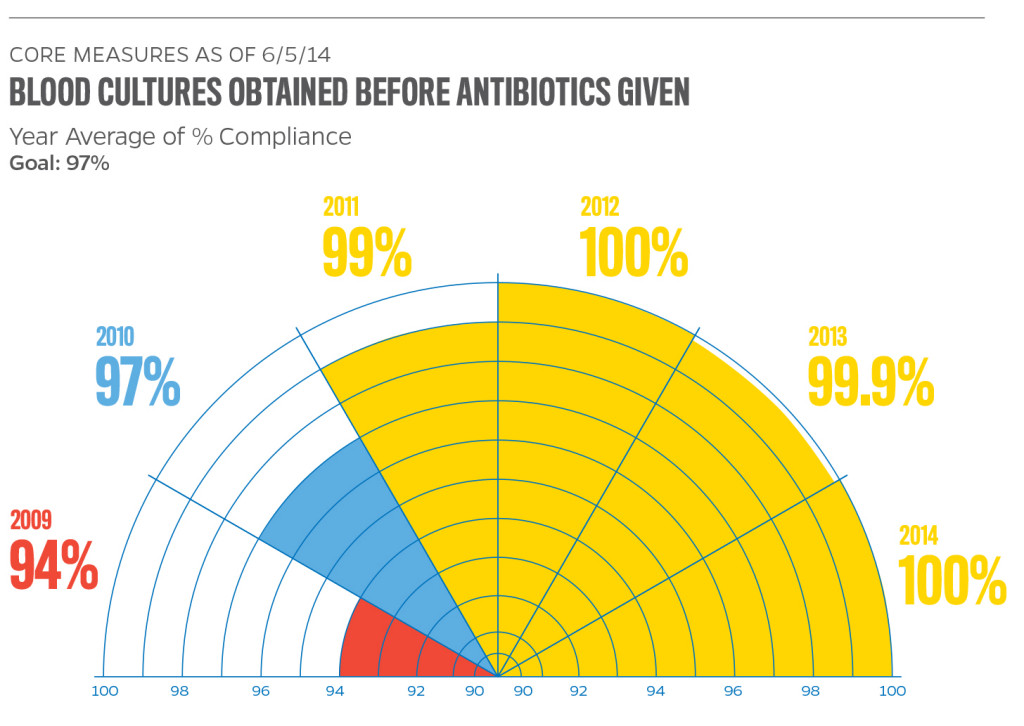 Within a year, the ED had reduced the blood culture contamination rate by more than 60 percent. Staff obtained blood cultures before antibiotic administration 20 percent more often. And the efforts saved the hospital and, ultimately, patients “several hundreds of thousands of dollars,” Neira says, due to the reduction in the number of contaminated specimens.

In February 2014, the department reached the top of the mountain–zero percent contamination–and it isn’t looking down. The compliance rate for antibiotic administration, meanwhile, has dipped below 100 percent–to 99 percent–just once since January 2011.

“Our success can be summed up in one word: Teamwork,” Nowosielski says.