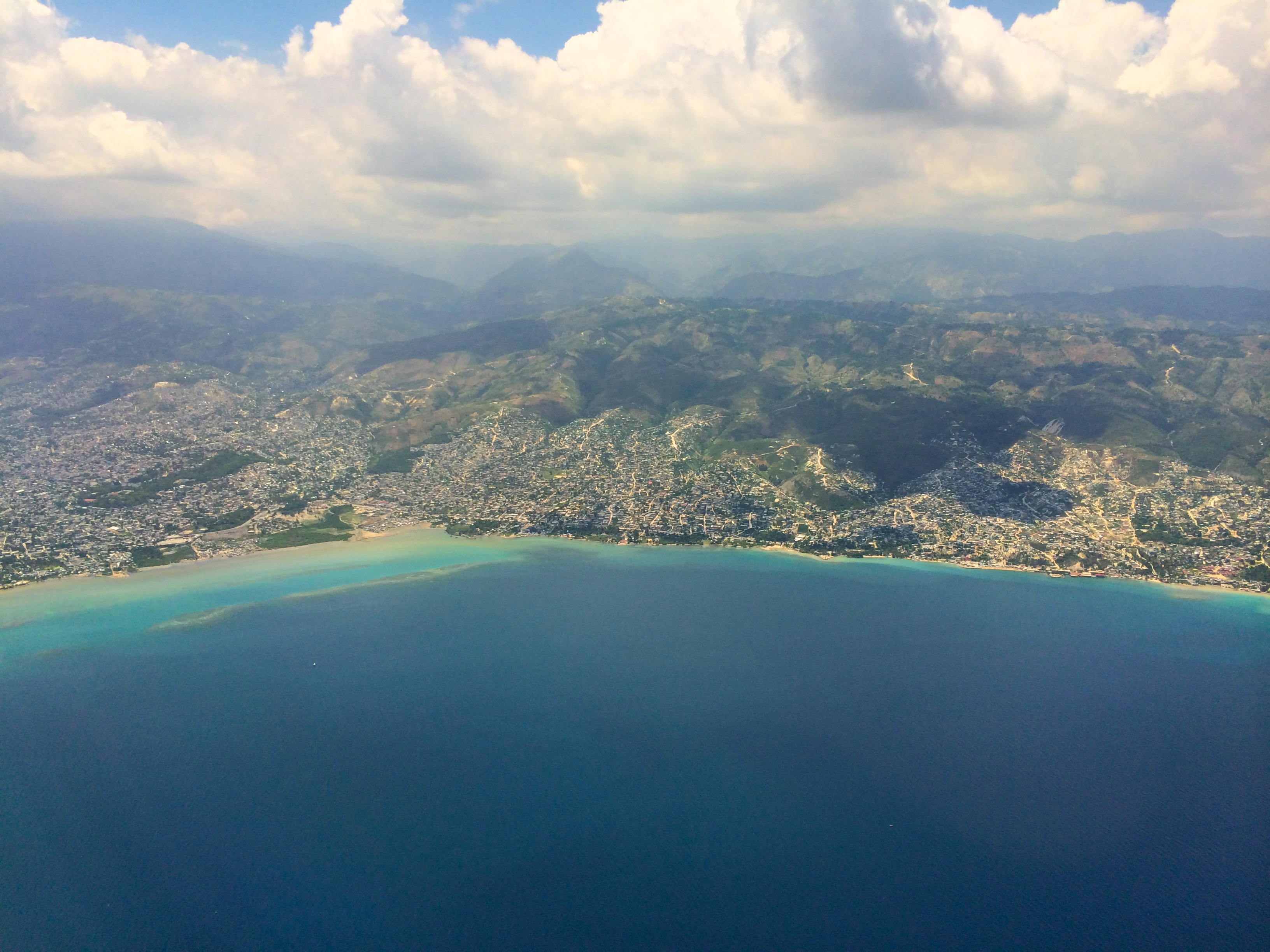 The large duffel bags of shoes hid bars of soap, muscle rub, and eye drops. It was easier to put them in Nike’s than call across the country and start a game of operator with our host and the airport authorities. So many goods come by hand in peoples luggage perhaps the security has declaration fatigue. We arrived midday in Port au Prince to a crowd of onlookers and sweltering heat. Our ride was waiting for us and we soon left for Matthew 25 house, aptly named for a biblical verse that praises charitable work. The place is called a Parrish Twinning, similar to how sister cities work.

At Matthew 25, we met a group of ophthalmologists working just outside the city, many of which we’re repeat visitors to the island. All of the patrons ate communally over conversation about the different parts of Haiti our work was taking us. We attempted to walk around the neighborhood but only got a few miles away before turning back, having felt like the half destroyed buildings, heat, and the prospect of getting lost were a bit too much so early in our trip. Arriving back from our walk, we sat on top of our house and watched a youth soccer practice as the sun set. Our first day just about complete.

The next day we set out for our more permanent destination, Jeremie, in the department of Grande Anse, Haiti. An early morning flight started with nerves as our tiny Tortug Airlines plane arrived, a reassuring turquoise. But the trip was uneventful until we descended. What was most surprising was how dense the forest was from the mountains to the sea. We had all read about deforestation in Haiti, claiming the vast majority of the country’s foliage, but not here.

We were picked up by Dr Catherine Wolf as the first rain of our trip fell. A confident American who’s many years in Haiti have her thinking in Creole, she has the stoic comforting presence of a nun and the educated confidence of a doctor, both professions exuding trust and professionalism. On the other hand, she’s spent years in a country and culture that maintains bright spirit through successive catastrophes. In other words, she has wit with her wisdom. Her clinical partner is a Haitian nurse, Cherielie, that has a presence ten feet taller than her shorter stature. Seemingly no-nonsense at first glance, Cherielie is all together mother, protector, and task master. Like Dr. Wolf, her devotion and purpose in every aspect of life is immediately apparent. Right away, they both were very inviting, answering many of our likely questions and introducing us to our home for the next 10 days.

Jeremie is coastal and dense with a variety of trees giving food, shade and shelter; our house is situated amongst a thick grove overlooking the sea. Many fruit trees surround the house, the spoils of which end up on the table at our communal meals. After a good nights sleep percolated with the sounds of goats dogs bugs rain coconuts falling and fans oscillating, we visited an orphanage and a hospice care facility in the city. Those of us in the hospice care got to know some of the people as we painted nails and gave out massages. Those at the orphanage spent our time coloring, reading books, and spending physical time with the kids. Overall, I think the experience gave us a closer look into the city before spending most of our week in much more rural communities. That night, we laid out all the preparation for the upcoming week and began to delineate tasks more succinctly.

Sunday, our last day before clinical began with a swim. Down at the beach, we gazed out at a magnificently unexpected sight, clean clear blue tropical ocean. It’s amazing how our preconceived notions of Haiti tend to leave out the fact that it’s still a Caribbean island, part of the same chain that leads everybody’s first thoughts to paradise. After a few hours swimming over and under waves and exploring nearby caves, we returned to town, ready to check out a holiday celebration, Flag Day.

At the local stadium, thousands of people from the community watched and participated in a celebration of independence. Different schools, dressed up in colorful costumes paraded around the soccer field, singing, dancing, and celebrating their country in front of cheering crowds and local dignitaries. After a few hours clapping along we returned home to complete our preparation for our first day of instruction and clinical work. The entirety of the evening was spent refining and questioning our objectives, stating our first impressions and expectations, and discussing how to get the most out of the upcoming week.