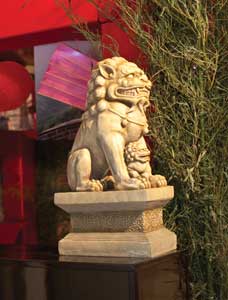 “The bunker” is a room just off the helipad atop the Sheikh Zayed Tower at the Johns Hopkins Hospital. Its windows offer a breathtaking view onto the helipad from which rescue choppers do their lifesaving thing, transporting patients, vital organs, and other precious human cargo, like deans.

We’d come with our dean, Patricia Davidson, and one of the School of Nursing’s incredibly cool DNP grads, Scott Newton, to get pictures and video as Trish got a bird’s-eye view of her new realm (and then some). The helicopter ride was to welcome Trish and to celebrate her success at clearing the final bit of red tape keeping the esteemed Australian nurse with the worldwide reputation in cardiovascular care from becoming an American dean.

Anyway, the flight had been postponed a couple of months by chopper maintenance and scheduling conflicts, but when Newton said it was a go, Trish cleared her schedule. “Everyone’s so jealous,” she said as she arrived at the guard station for the walk over to JHH. If she was nervous she wasn’t letting on. I was jangled, and I wasn’t even flying. Just the idea of being on the helipad, of seeing the choppers take off and land, of touching the flying machine, of looking out over the rooftops, the city … everything (!) had kept me up half the night. (To be honest, I was also scared that a seat would suddenly open up and I’d have to admit I was afraid to go, but that’s just between us.)

Scott escorted us across North Wolfe Street — “this is the most dangerous part of the journey,” he joked — then, using a secret ID pass, he led us down a secret hall, then to a secret set of elevators … OK, none of it’s really secret but it’s restricted, and it was all so new. My heart was racing.

True story: My wife once took me to a Virginia aquarium where they had this big open tank of nurse sharks, which don’t usually bite people unless you really mess with them. As we stood looking down over the tank, a guide asked me, “Would you like to pet them?”

My whole long shirt sleeve was drenched before they pulled me back. See, I get excited sometimes.

Where were we? Oh, the dean … the chopper. This was her day. And Trish was ready. The pilots went over the basic safety features of the aircraft, buckled her into the best seat in the, um, house, and strapped on the spiffy flight helmet. Then they did their own safety checks, did a walk-around eyeball test, then told us to beat it.

See, the helipad has room for two choppers to land simultaneously but no room for gawkers. The spinning blades move a tremendous amount of air, and the pilots don’t need anybody getting blown off the rooftop. It’s also, um, kind of loud. Chris Hartlove, the photographer — these are my crummy photos here — hopped aboard the chopper and we watched from the bunker windows as the crew fired the bird up.

When they’d flown off, Scott volunteered to walk me around the perimeter of the vacant helipad, which is an expanse of metal sheets with a fence around it — only the “fence” is attached so that it sticks straight out from the platform as a safety net. Gulp.

“A long, long way straight down and you’re right in front of the Emergency Department,” Scott pointed out matter-of-factly as we peered down onto Orleans Street and a main hospital entrance.

“Not that it would do you much good at that point,” I said, backing away an additional step or two from the edge.

Any place in the world, it seems, is more impressive from high up. And Baltimore was gleaming, and blooming, on a perfect — if quite windy — spring day. I thought of how grand the view must be out the window of the helicopter as it cruised over the East Baltimore campus, the Inner Harbor, the Homewood campus, and back again on Trish’s victory lap. Scott listened to the radio and pointed out where in the sky to look for the touring chopper. We ducked back inside as the aircraft approached, did a little circle, and then touched down ever so softly on the helipad.

“Oh, Steven, I wish you could have been there,” Trish said as she posed for pictures with the flight crew. Me, too, after the fact. Like Scott said, crossing North Wolfe Street is a lot more dangerous. Heck, petting nurse sharks is probably a lot more dangerous. But my feet could not have possibly been more glued to the bunker floor. The team talked about offering us a daylong fly-along in the future to help spread the word about a terrific program. Today, I can say I would be thrilled to go. The day of, well, I’m not so sure.

Trish is fearless, or at least she was not about to let fear of what could maybe possibly happen/go wrong keep her from an amazing adventure, and that’s reason to respect her all the more.

Me? I’ll always have the helipad.