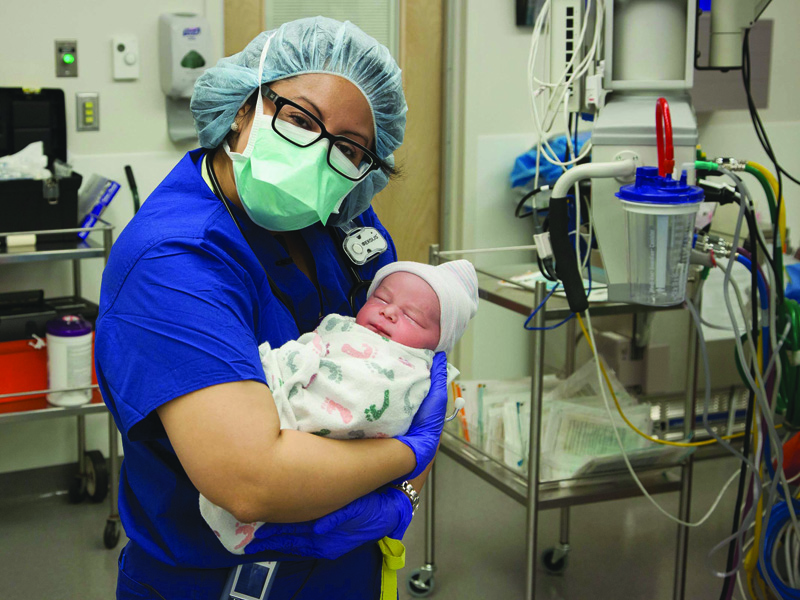 The American Nurse Project, originally a coffee table book filled with striking black-and-white photos and stories of great nurses from across the nation, will soon come to life in a theater near you, featuring a familiar face.

Naomi Cross, RN, perinatal bereavement coordinator at The Johns Hopkins Hospital, is featured in the upcoming documentary version of The American Nurse Project by Carolyn Jones, an award-winning filmmaker and photographer. Cross’ selection wasn’t by luck of the draw. The passion she exhibits for her patients and her work impressed Jones during interviews and photo sessions—and Jones’ passion, in turn, impressed Cross. “I was so taken by her charge to show the world exactly what nurses do,” Cross says. “So many people in our country don’t know exactly what nurses do. My own family members don’t know what nurses do.”

Cross, Jones says, exemplifies compassionate connection. “In one interview, Naomi talks about how mothers say to her, ‘How could my baby die before it’s born?’ I thought, ‘Wow! Who knows what to say to that?’ ” Jones says. “But knowing what to say and helping that woman is the difference between that woman being able to get on with her life or getting stuck and grieving until the end of time.”

The American Nurse Project book includes 75 portraits, interviews, and biographies of American nurses, including Cross and 16 others from The Johns Hopkins Hospital and the Johns Hopkins University School of Nursing. Those portraits have been framed and are on exhibit in the Nutting Gallery at Hopkins Hospital. It’s a terrific way to give nurses their moment in the sun. But as Jones points out, nurses don’t tend to seek out a pedestal but rather a connection at a much more human level.

“I started the project thinking that nurses are saints, that they have a completely different DNA structure than I do,” Jones recalls. “But the more I got into it, I realized that nurses are people. They’re regular folks like I am, but because of the work that they do, they have this unbelievable ability to understand humanity.”

Jones is editing the 103 hours of video footage she shot into an 80-minute documentary. The film is scheduled for completion in early 2014; Jones plans to screen it at various film festivals, and seek wider distribution as well.