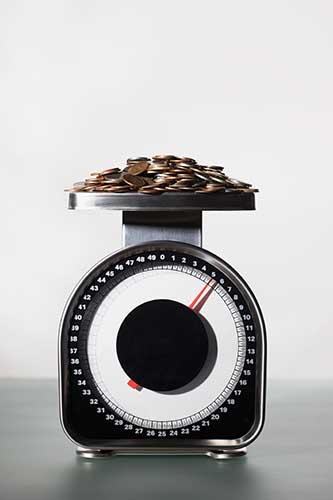 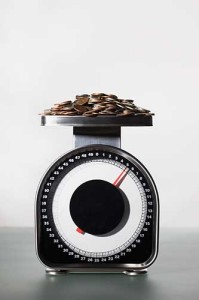 Earlier this year, each Johns Hopkins Hospital department was asked to trim its budget. With sequestration threatening an estimated $1.2 trillion in national, across-the-board federal spending cuts over the next decade, the hospital needed to be ready. But savings were not to come at the expense of top-quality patient care. For nurses– especially those at the bedside–the cuts presented a challenge for sure, but also an opportunity to take a proactive role in maintaining the financial health of the institution. So they did, and not for the first time.

In the emergency department (ED), a bill is determined in part by the time nurses and technicians spend assessing the patient, inserting IVs, taking blood glucose levels, and other such procedures. Knowing how long each of these takes is essential for accurate billing.

Heather Gardner, MSN, RN, and her counterpart in the pediatric ED, Mary Ellen Wilson, RN, are the main application administrators for AllScripts ED, the electronic documentation and order entry system. It tracks each patient’s completed nursing procedures and calculates the bill. As part of a multidisciplinary ED billing committee, Gardner and Wilson have been working since December 2012 to verify and update how much clinical care time each nursing procedure takes.

“The 23 interventions that we do most often generate about 90 percent of our billing,” says Gardner, so time trials were focused on those procedures. For example, IV insertion time includes reviewing a physician’s order, introductions with a patient, explaining the procedure, gathering supplies, inserting the IV, and documenting it. Thirty-six lesser-used procedures were also studied.

As a result, an additional 30 procedures, such as applying a cervical collar or removing sutures and staples, will be added to AllScripts. The upshot is more accurate patient billing and hospital revenue that actually reflects the value of ED nursing care.

In the 1990s, self-described “Hopkins lifer” Lynn Jones, MS, RN, was a labor and delivery nurse manager when the L&D, ante-partum, post-partum, and nursery units were combined.

“It was hard to schedule nurses with paper and pencil, so I went out and searched for an application that could help,” Jones says. She implemented a workforce management system in the obstetrics unit–it was previously employed in oncology–that eventually was adopted hospital-wide. Recently, says Jones, now assistant director of nursing, “a group of nurse managers told us they wanted to see workforce data to help them manage their units.”

The result? A productivity dashboard that allows frontline nurse managers to compare actual care hours per patient with their targets. The schedule can be adjusted to save time and money. “If they’re green [on target], everything is peachy. If they’re yellow [slightly over] or red [more than 3 percent over], they want to look into what’s going on, and maybe make adjustments,” she says.

For a transplant patient whose body naturally attacks a new kidney as an unwanted foreign organism, the key is finding just the right doses of immunosuppressant drugs. Such medication traditionally has been prescribed and adjusted by physicians and monitored by nurses, per their scope of practice.

“We’d ask a provider what dose the patient should be on, and we could bet on getting five different answers,” says Julie Langlee, RN. So Langlee and Sheila Young, RN, with more than 30 years of kidney transplant nursing experience between them, set out to find a solution.

The duo developed an immunosuppression protocol in which a physician or nurse practitioner sets a target level and the nurses can adjust medication within a narrow, algorithmically determined range. After a three-month pilot phase, Langlee and Young will train the other transplant coordinators to use the protocol.

The idea is that physicians and NPs spend less time on medication management and fewer blood draws are needed to monitor patients who are less likely to be readmitted. All save money. Best of all, says Langlee, “We can be more proactive instead of reactive to our patients.”

Wait Not, Want Not

It used to be that when oncology patients came to Hopkins with an acute but unexpected problem–nausea, pain, dehydration–they had two options: visit the ED or show up in the waiting room of the JHH oncology outpatient center. The center’s staff, already booked solid, would add six to 10 walk-ins to the schedule each day, and “it caused delays all over the system the whole day” creating inefficiencies and waste of the center’s resources, says Kristen Reeb, NP, RN. Richard Dean, a professor at Morgan State University and a member of the Johns Hopkins Hospital Patient and Family Advisory Council, had suggested opening an oncology urgent care center after witnessing his wife’s repeated ED visits as she struggled with the side effects of chemo.

The new clinic format ensures that all the patients are seen, and time and resources aren’t being wasted in the emergency department or outpatient oncology center. The patients are happier, too. “If you’re acutely ill, you don’t want to sit around a crowded waiting room. You want the pain to go away, the vomiting to stop as quickly as possible. And we can provide that,” says Ratkoff.

An Eye for Savings

In the Wilmer operating room, a team of nurses and technicians has been meeting since February to find new ways to cut costs. Dee Channel, RN, who serves on the finance committee, says that the team was quick to identify procedures that resulted in wasted supplies, and therefore wasted money.
For example, the two most common ways to keep a reattached retina in place are using silicone oil, oil tubing, and an oil cannula (estimated at $1,180) or intraocular gas (less than $700). When in doubt, the staff would open the oil supplies at the beginning of a procedure. The supplies cannot simply be resealed and reused for sanitary reasons, so if the surgeon then chose gas, unneeded oil, tubing, and cannula were tossed.

“We want to be ready when the surgeon is ready, so it can go like clockwork,” says Channel of the nurses’ normal pre-surgery routine. “But we have to also consider that these items have been wasted many times before.”

So Wilmer implemented a new policy: Nurses now reconfirm that the surgeon needs the oil supplies before opening them. A similar protocol has been established for sutures, which aren’t always needed for cataract procedures, and the group is looking into purchasing disposable diamond knives that make precise incisions yet cut down on the cost of corneal surgeries.

The group”s success, says Channel, lies in its makeup of clinicians who provide patient care. “When we’re at the bedside, we’re not usually concerned with cost. But when you’re pulled into a committee like this, and you know it’s $17 to open a blade, and we have 100 cases at $17 each, you know that’s a lot of money. We’re more conscientious and assertive and have a new awareness,” she says.