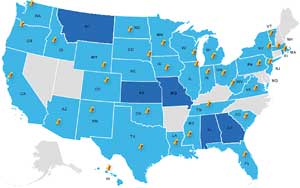 National data are key to putting nurses where they’re needed

By Kelly Brooks with contribution by Chuck Green

With a nursing shortage that could reach one million RN vacancies by 2020, the future of patient care relies heavily on successful workforce planning. 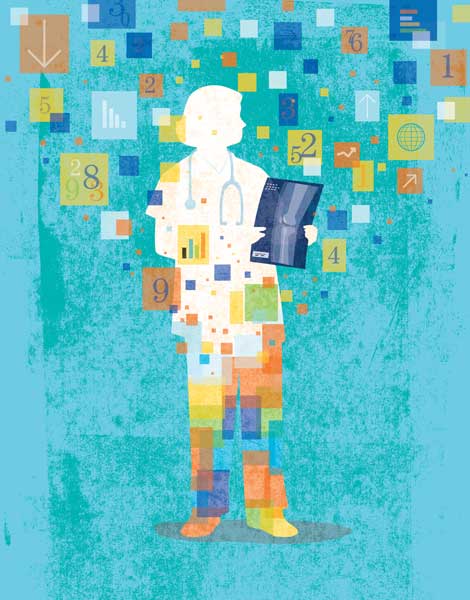 “To know what you’re trying to build [for a nursing workforce], you have to understand what kind of ingredients go into it and have the right equipment and supplies. Otherwise, you’ll fall short of your goal,” says Jennie Chin Hansen, CEO of the American Society of Geriatrics and a member of the Institute of Medicine Committee on the Future of Nursing. In other words, you need good, hard data.

Specific recommendations for better data collection and an improved information infrastructure were released in the 2010 report The Future of Nursing: Leading Change, Advancing Health. The report committee, convened by the IOM under the auspices of the Robert Wood Johnson Foundation Initiative on the Future of Nursing, aimed to ensure that the country’s current and future care needs would be met by a strong, vibrant interprofessional healthcare workforce.

This year, however, the federal government discontinued its best-known source of nursing workforce data: the National Sample Survey of Registered Nurses (NSSRN), conducted every four years by the Health Resources and Services Administration (HRSA). For the first time in 35 years, nursing researchers, leaders, and policymakers won’t have a nationally collected statistical picture of the nursing workforce.

And the NSSRN isn’t the only victim of tight government budgets. The National Health Care Workforce Commission, established by The Patient Protection and Affordable Care Act in 2010 to advise policymakers, has yet to be funded. Under the leadership of nursing workforce expert Peter Buerhaus, PhD, RN, the group has the potential to improve data collection and labor market forecasting not only for nursing, but the entire interprofessional healthcare workforce. Without funding, however, the commission remains in limbo.

“We have a double whammy we’re dealing with here,” says Susan B. Hassmiller, PhD, RN, FAAN, Director of the Future of Nursing: Campaign for Action.

The “double whammy” comes at a critical time. The current shortage of nurses combined with an aging population, higher rates of chronic illness, and the potential influx of 30 million new patients under President Obama’s Affordable Healthcare Act could spell disaster.

But Kathleen White, PhD, RN, NEA-BC, FAAN, associate professor at the Johns Hopkins University School of Nursing, has spent the last two years on assignment with HRSA, contributing to the development of a new strategy for gathering and analyzing nursing workforce data. By collecting state-level data when nurses renew their licenses, and augmenting that with a new national survey of nurse practi-tioners and the Census Bureau’s American Community Survey, she says, “we’ll now have a more coordinated strategy that will provide real-time, ongoing data collection and better meet our needs.”

“When I got here in late 2010, we were still trying to get out the 2008 [NSSRN] survey results. It was lengthy, it was cumbersome, and it wasn’t getting data out in a timely manner,” says Edward Salsberg, Director of HRSA’s National Center for Health Workforce Analysis.

“[The NSSRN] was a major undertaking, and by the time it was published, the data were already old,” agrees White. Not only that, the fact that NSSRN data were comprised of samplings meant it didn’t necessarily yield a complete picture—especially in small states where the sample size wasn’t large enough, she says.

But while most nurses and researchers agree that NSSRN data was less than timely, not all believe that retiring the survey was the wisest course of action. The 16-page survey, completed by 30,000 nurses nationwide, provided a treasure trove of information on education, employment, earnings, home life, non-nursing activities, and other details that help researchers understand the fundamental function of nursing labor markets.

It’s because of the NSSRN, says healthcare workforce expert Joanne Spetz, PhD, FAAN, that “we know more about the nursing workforce than any other health professional workforce.” An economist from the University of California San Francisco, Spetz was also a consultant to the Institute of Medicine Committee on the Future of Nursing. Losing the NSSRN, she says, means “losing a richness of information.”

HRSA’s primary reason to collect data, however, is to under-stand and anticipate changes in the supply of and demand for working nurses and other healthcare professionals. Salsberg points out that there are other—perhaps better, more cost-effective—sources of data to do just that. “We think there are quality alternatives [to the NSSRN],” he says.

The Big Picture, State by State

Ideally, a new data collection system will survey nurses as they renew their licenses. Updated annually, a national dataset would be rich with information gathered from all working nurses, not just a sample of them. The benefits: more timely data, and enough nurses surveyed to analyze the workforce in every geographic region in the U.S.

Collecting workforce data that reflects the specialty or geographic area in which healthcare professionals are providing services “will show us where we have supply and demand imbalances so that we can aim recruitment of those professionals where they’re most needed,” says White. It would be an improvement over current data, with which “we might not know where there’s an excess of a certain specialty in order to recruit the right professionals to an area.”

To more specifically target where nurses are needed, the data collection methodology will result in a more informed policy on workforce development, “meaning you can target scholarships to areas of need, or provide information that schools and universities can use to more specifically shape their programs” to meet workplace needs, says White. “That way, we can be more innovative and respond to changes in the healthcare environment.”

The success of the new data plan depends on collaboration from each state’s Nursing Workforce Center or Board of Nursing. The idea is for each state to survey its nurses when they renew their license, asking a specific set of 18 questions established under the National Nursing Workforce Minimum Datasets. State data can then be combined to give a picture of the national nursing workforce.

“It’s a little confusing because there were three totally separate efforts to build a national nursing Minimum Dataset,” says Salsberg. In 2010, while HRSA was working on developing a set of questions to be asked across all healthcare professions, the Forum of State Nursing Workforce Centers (the Forum) and the National Council of State Boards of Nursing (NCSBN) were working on their own plans as well. “In the past six months, all three of these efforts have started to come together,” and today the Forum’s National Nursing Workforce Minimum Datasets, adopted in 2009, have become the basis for the national standard.

Established with a grant from the Robert Wood Johnson Foundation, the Forum and its 34 State Nursing Workforce Centers were created for the purpose of collecting workforce data. In the remaining states, data collection will fall to the Boards of Nursing.

“Some states do have exceptional Nursing Workforce Centers,” says Hassmiller. “But will that handful of states be enough to get us what we need to know at the national level? No.”

Right now, only about 30 or 35 states are collecting data when their nurses are relicensed, and each state is asking only 12 or 14 of the recommended 18 questions, says Spetz. She hopes that more states will emulate California, where data collection “costs no more than $1.10 per nurse every two years, and we have some of the best data in the country.”

“Our ultimate goal is to have a national picture on a continuous basis of what the nursing supply looks like,” says Kathy Apple, MS, RN, FAAN, CEO of NSCBN. The organization is helping state boards add the Minimum Dataset questions to online licensure renewals and will combine the state-level data to build a national picture. “We’re not even close to having all the state boards on. We have to work with all the nuances of state government, and that’s not a simple process. It’s one of those things that take a long time.”

In the meantime, NCSBN and the Forum are working together to bridge the data gap.

“Knowing that our big initiative [using Minimum Datasets to create a national database] is going to take us a while, we asked, ‘Is there something we can do now to get at the national picture?’” says Apple. The result is a one-time national sample survey of nurses, which will be conducted, analyzed, and reported in early 2013 by NCSBN and the Forum.

Meanwhile, says HRSA’s Salsberg, we can rely on data from the American Community Survey, given annually to a one percent sample of Americans. Each year, about 30,000 nurses are included—approximately the same number surveyed every four years with the NSSRN—which can help give a basic overview of the nursing labor supply. Additionally, HRSA launched a national sample survey of nurse practitioners in 2011. With 13,000 respondents, this survey will provide a detailed picture of the advanced practice nursing labor supply.

“We’re totally committed to improving data collection for RNs,” says Salsberg, who also points to HRSA’s efforts to develop an update set of models that states can use to predict the supply and demand of their nursing workforce. “This is a multi-year effort, but our combined effort will lead to a national dataset for nursing. That is a top priority.”

Check out this map to learn whether your state has a Center. Visit www.nursingworkforcecenters.org to find a link to its website and find out what it is doing to collect the National Nursing Workforce Minimum Datasets.

Support Your State Board of Nursing

For states that don’t have a Nursing Workforce Center, the Board of Nursing is responsible for coordinating data collection. Find yours at www.ncsbn.org, and ask what it is doing to collect the National Nursing Workforce Minimum Datasets.

If you get a survey, respond to it! You may be surveyed when you renew your nursing license, or you may receive the one-time sample survey early next year. Remember, the data are only as good as the answers you provide. 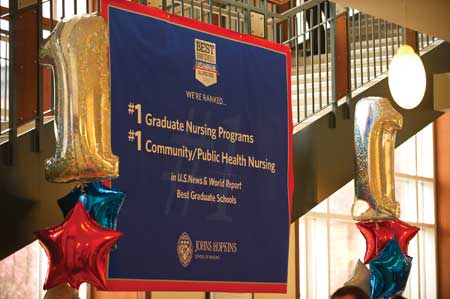 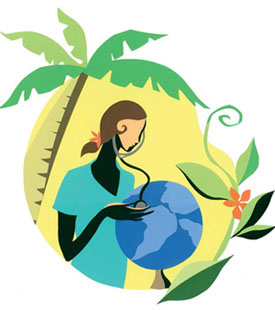 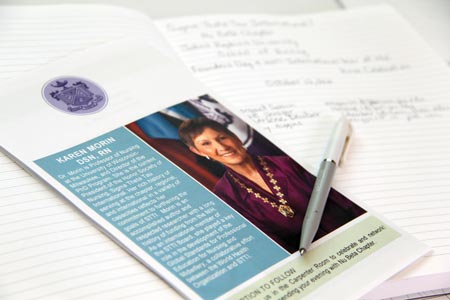