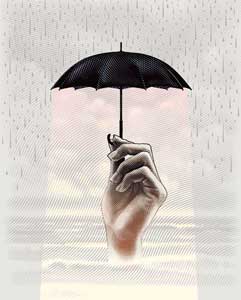 While African Americans are less likely than whites to have a depressive disorder, when they do, it tends to be chronic and more severe, and less likely to be diagnosed and treated. The effects can be damaging for individuals and families.

In the July 2012 online issue of the Journal of Obstetric, Gynecological and Neonatal Nursing, postdoctoral fellow Jeanne L. Alhusen, PhD, CRNP, RN; professor Deborah Gross, DNSc, RN; professor Phyllis Sharps, PhD, RN, CNE; and others explored the impact of social support and depression on African-American mothers-to-be. They found that during pregnancy, insufficient social support (e.g., an unengaged partner) can heighten feelings of depression. The two factors can then interfere with bonding during pregnancy and other healthy behaviors.

Alhusen says, “We found that depression compromises a woman’s ability to emotionally attach to her unborn child.” Sharps adds, “The findings highlight the need for health providers to assess pregnant women for depression and to intervene, particularly in women at increased risk for adverse birth outcomes.”

Professor Laura N. Gitlin, PhD, and colleagues sought to clarify how beliefs about depression act as barriers to care among older African Americans, also a significantly undertreated population. Writing in the May 2012 online issue of American Journal of Geriatric Psychiatry, they report that most of the study’s 153 participants recognized depressive symptoms. Gender and the presence of symptoms, however, influenced differences in attitudes and beliefs. Half of women, but only a third of men, believed depression to be a normal part of aging, and more men identified depression as a sign of personal weakness. More women than men found solace in faith and prayer. Moreover, most were fearful that others might learn of their depression, suggesting that stigma is strong and may deter seeking care.

Gitlin says, “Studies like this help us better tailor mental health services to this growing population for whom depression remains poorly detected and undertreated. Our findings are building a roadmap to improved community education about depression, reduced stigma, and appropriate treatment programs.”