A Sample of Faculty Research

“The Health of Women and Girls Determines the Health and Well-Being of Our Modern World: A White Paper from the International Council on Women’s Health Issues”
Jacquelyn Campbell & colleagues
October 2011

International Spotlight
“The Republic of Chile: An Upper Middle-Income Country at the Crossroads of Economic Development and Aging”
Laura Gitlin & colleague
June 2012 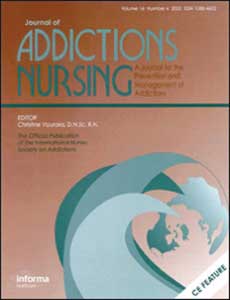 The Journal of the National Black Nurses Association
“Physicians’ and Nurses’ Experiences of the Influence of Race and Ethnicity on the Quality of Healthcare Provided to Minority Patients, and on Their Own Professional Careers”
Deborah Jones, Fannie Gaston-Johansson & colleagues
July 2011

Medicine, Conflict and Survival
“Sexual and Gender Based Violence Against Men in the Democratic Republic of Congo: Effects on Survivors, Their Families and the Community”
Mervyn Christian, Nancy Glass & colleagues
January 2012