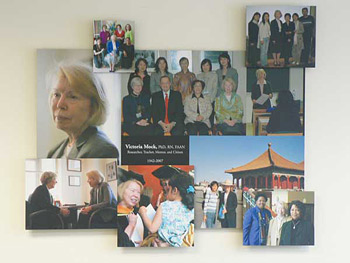 A noise outside startles me. It takes me a second before I realize I’m on my couch. I fell asleep, something I had been trying to avoid since it’s been 5 days and I still haven’t adjusted. I open my eyes and look out the window. The sun is rising. While I wished I hadn’t fallen asleep I try to look at the glass half full; at least I slept through most of night. Now I just need to crawl into bed and go back to sleep. First I need a glass of water. I roll off the couch, slip on my flip- flops and make my way to the kitchen. As I do, I catch a glimpse of the clock out of the corner of my eye. I stop. It’s not morning as I had assumed. It’s 11:30 pm. The sun isn’t rising, it’s setting.

It’s hard to believe it’s been almost six months since I received my acceptance letter into the MHIRT program. When I first applied, I had no idea what to expect. I knew the program was an amazing opportunity to live, work and study abroad but I had little knowledge as to where I would be placed, what kind of research I would be involved in, where I would live or the people I would meet. After the process was complete, I was placed in Göteborg, Sweden.

The first week prior to my departure we had orientation, where all of the MHIRT recipients met with their overseas faculty mentors. I learned more about my involvement in the research program at the university. As the week progressed and everyone began to get to know one another, whatever fears or apprehensions I had turned to excitement.  Now, after six days of fighting with suitcases, one eight-hour flight, one missed connecting flight followed by another 2 hour flight, one taxi ride and one wrong address, I am finally here.

Here’s a little about Sweden so far:

The first is that the days are LONG. It doesn’t get completely dark until around 11pm and the sun begins to rise around 4am (and the longest day of the year is still 2 weeks away).

There is so much greenery. The city is surrounded by trees, flowers and large parks where you can relax or have a picnic when the weather is nice.

Although I am working on a research project (which I will describe in more detail in a later post) during most of the week, there are plenty of things to do around the city on the weekends. Lucky for me, many of them are free and range from museum exhibits to concerts.

I’m sure the next couple of weeks will be filled with new experiences and adventures. I’m new to this whole blogging thing but will do my best to keep you updated every step of the way.