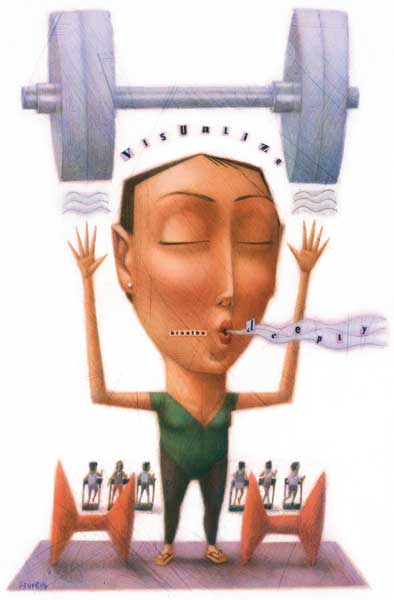 Between promises made at New Year’s and with beach season around the corner, many people have resolved to lead a healthier, more active life. To help turn those resolutions into results, the Johns Hopkins University School of Nursing P30 Center of Excellence for Cardiovascular Health has a fitness program in place. 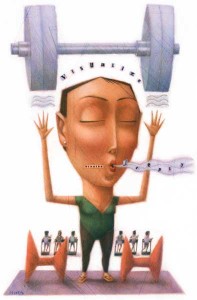 The “SON Fit” program, which includes yoga, Zumba, a “Biggest Loser” competition, and a stair-climbing club called “Step it Up!,” was launched by the Center of Excellence for Cardiovascular Health in fall 2011 in response to a school-wide survey of School of Nursing faculty, staff, and students. Respondents (n=304) reported that their workload as a student, faculty, or staff “definitely” affected their level of stress (78%) and health (47%). Furthermore, 60% of respondents reported gaining some weight over the past year, with about half of those respondents gaining more than five pounds.

These results duplicate much of the evidence shown in the longitudinal Nurses’ Health Study, which suggests that nurses tend to put their own health and well-being second to the care of others and/or professional development. Over time, this makes them increasingly vulnerable to cardiovascular disease.

“People are well aware of the risks of cardiovascular disease, but a large percentage still don’t take active steps to reduce that risk,” notes doctoral student Tam Nguyen. “The idea of SON Fit was to give people with busy schedules a chance to engage in physical activities that were both fun and healthy. It’s been a tremendous success.”

The SON Fit program serves as a catalyst toward improving not only the culture of wellness in the SON, but also creating lifelong commitment toward becoming living ambassadors of health and well-being. Through support from the University and the School, all the activities are free of charge for all participants.