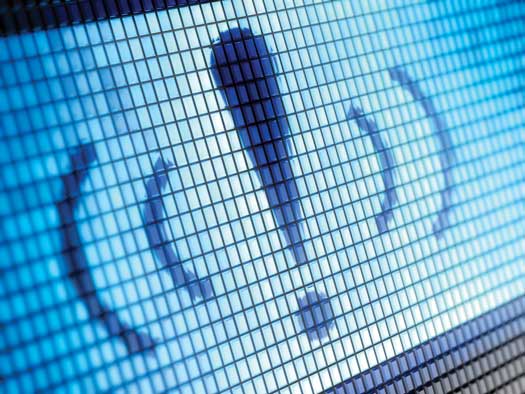 Three years ago, a nurse and a security guard from The Johns Hopkins Hospital’s (JHH) Psychiatric Emergency Department were assaulted by a patient. That attack—and the nurse’s insights into a solution—set into motion a hospital-wide plan to help prevent disruptive behavior.

“We wanted to find a solution to help empower staff to keep the environment safe to the extent that we can,” says Michelle Patch, MSN, RN, ACNS-BC, safety officer for the Department of Emergency Medicine.

In the 2009 incident, Patch recalls, the patient wasn’t acting unpredictably but did have a significant history of behavioral issues. The nurse who was attacked, Patch says, suggested that it would be helpful to have notification early in the intake process that a patient might pose a risk.

“If we have this information, it’s buried in a chart. How helpful is that for the front-line receivers in the emergency setting?” Patch questions. 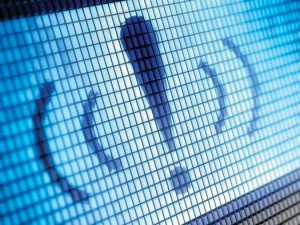 To provide front-line staff with a quick way to know if an incoming patient has a history of violence or disruptive behavior, Emergency Department (ED) nursing staff collaborated with several other hospital departments and disciplines to develop an ED Behavioral Alert program.

With the Behavioral Alert program, a patient who has exhibited concerning behaviors in the past is immediately flagged for triage staff through the electronic patient record. An icon alerts staff, directing them to a note in the electronic record. “The note describes the behavior and the team’s recommendations for safety at the next visit,” Patch says. For example, if a patient presented a weapon before, the note would recommend that Security search the person and his or her belongings. It’s information already in the chart, much like data that a patient has diabetes or a fall risk, Patch adds, but it wasn’t readily available before. To determine who receives the alert icon, a collaborative Adult ED and Psychiatric ED team of nurses and doctors reviews cases based on an algorithm Patch championed.

Finding better ways to manage disruptive patients has been a priority among emergency and psychiatric nurses for many years. ED nurses are particularly vulnerable to incidents with disruptive patients. “Patients are coming right off the street,” says Patricia Sullivan, MSN, BSN ’77, RN, nurse manager for the Psychiatric Emergency Department, adding that some patients can be agitated, sociopathic, or have a history of disruptive behavior.

“We knew it would be important to identify them from the get-go, even before the patients got in the [care area]. We wouldn’t turn them away, but we needed to manage them.”

A national trend has emerged to reduce restraint and seclusion of these patients, in favor of a more welcoming and calming environment, Sullivan says. Psychiatric Emergency Department nurses took on this challenge in 2005, developing a set of interventions for disruptive patients to ensure their safety and that of the staff. The nurses make a point of letting patients know what to expect while they are at the Hospital and educating staff about how to help the patients, Sullivan says.

On the inpatient side, they implemented family-style cafeteria meals where patients and staff dine together and patients can choose their food, so they feel more in control. “This was a big culture change for our units,” Sullivan says. “It used to be that seclusion was a necessary part of treatment.”

The ED was just implementing the Behavioral Alert program when the September 2010 shooting occurred. A man shot and wounded a physician on the eighth floor of the Nelson building before fatally shooting his mother, a patient on the unit, and himself.

That incident thrust staff safety into the spotlight, prompting Hospital leadership to reach out to all sectors of the Hospital to find ways to prevent such an event in the future. The ED’s program, heralded by the nursing staff, laid the foundation for a hospital-wide program.

The Hospital leadership expanded the ED’s alert efforts and formed a Behavioral Alert Group. This multi-disciplinary team is led by the Risk Management Department, and goes into action once a clinician contacts Security regarding a patient. The Behavioral Alert Group decides when to place an alert flag in a disruptive patient’s record. As with the ED leadership, this group is similarly challenged with making sure that only the most critical cases receive the alert.

In the last year, the Behavioral Alert Group has already received about two dozen requests to flag disruptive patients, says Jeff Natterman, RRT, MA, JD, risk manager for The Johns Hopkins Hospital and an attorney for the hospital system. These are the “extreme cases” that are identified, Natterman explains, and about 15 or so have received alerts. The hospital-wide program’s implementation is currently being finalized by the Risk Management Department.

Such programs often start within an individual unit before being expanded through the Hospital, explains Karen Haller, PhD, RN, NEA-BC, JHH’s vice president for nursing and patient care services. “We are decentralized,” she adds. “This problem became apparent to the Emergency Department, and they wanted to do something, so they got a group together and developed a program.”

She adds, “That’s why we have a common saying at the Hospital: Listen to the front lines. They had been working on this problem locally, and created a best practice that the rest of the institution could adopt.”