The U.S. State Department’s webpage on Haiti is a wealth of information, but it paints (as one would perhaps expect) a pretty grim picture. Living conditions in Haiti have been and continue to be wretched. The January 12, 2010 earthquake significantly damaged key infrastructure, and despite the passage of time, that infrastructure remains in very poor condition and is still unable to support normal activity, much less crisis situations. Last year’s cholera outbreak – exacerbated by inadequate public sanitation – killed thousands of Haitians. This further strained the capacity of medical facilities and personnel and undermined their ability to attend to emergencies.

RAH-RAHS: Roving musical bands called “rah-rahs” operate during the period from New Year’s Day through Carnival. Being caught in a rah-rah event may begin as an enjoyable experience, but the potential for injury and the destruction of property is high. A mob mentality can develop unexpectedly leaving people and cars engulfed and at risk. During Carnival, rah-rahs continuously form without warning; some rah-rahs have identified themselves with political entities, lending further potential for violence.

TAP-TAPS: Public transportation in Haiti consists primarily of “tap-taps” (private transportation used for commercial purposes) that run regular routes within urban areas and between towns in the countryside. A handful of public buses exist in the capital. Neither is considered reliable nor safe. Public transportation–including “tap-taps”–should be avoided. [An aside: all public transportation is actually prohibited for Embassy personnel “due to the safety and security risks associated with its use.”] “Tap-taps” are considered particularly are hazardous because they are open and passengers are often ejected during an accident.

HAITIAN ROADS: A few roads remain impassable due to damage from the earthquake; piles of rubble remain in certain areas, increasing congestion due to traffic. People regularly walk on the side of the road and street-side vendors ply their wares on the existing sidewalks. Small animals (pigs, dogs, goats) are often encountered in the city and larger ones (cows and donkeys) will unexpectedly cross country roads. Cars are supposed to be driven on the right side of the road in Haiti, but few roads have lane indicators and drivers use whichever side of the road is open to them. Traffic is extremely congested in urban areas, and hours-long traffic jams develop throughout the country. Driving in Haiti must be undertaken with extreme caution. Roads are generally unmarked. Huge potholes may cause drivers to execute unpredictable and dangerous maneuvers in heavy traffic.  In addition to vehicles, a variety of other objects may appear on the road in Haiti, such as wooden carts dragged by people or animals, small ice cream carts, animals, mechanics working on vehicles parked on the street, and vendors and their wares. Haiti’s unwritten rule of the road is that any vehicle that breaks down, must be left exactly where it stopped until it can be repaired, even if it creates an enormous backup of traffic. Cars often remain in the roadway for hours or days while often extensive repairs are carried out in-situ. Abandoned vehicles in the road or by the side of the road are often identified by tree branches extending from the rear of the vehicle. There are few marked crosswalks and sidewalks, and pedestrians often wend their way through traffic in urban areas. Additionally, motorcycles on Haitian roads tend to maneuver in between traffic on both the left and right sides of vehicles, as well as into on-coming traffic. Drivers should check all their rear view mirrors prior to changing lanes or making turns to avoid colliding with other traffic.

HAITIAN DRIVING: Although Haitian law requires that applicants pass both a written and a driving test to qualify for a driver’s license, many Haitian drivers appear unaware of traffic laws. Signaling imminent actions is not widely practiced and not all drivers use turn indicators or international hand signals properly. For instance, many drivers use their left blinker for all actions, including turning right and stopping in the road, and others flap their left arm out the window to indicate that they will be taking an unspecified action. Drivers do not always verify that the road is clear before switching lanes, turning, or merging. When making a left-hand turn, drivers should be aware that traffic may pass on the left while they are attempting to turn. The driver passing on the left has the right of way even when the car being overtaken has its left-hand turn signal on and is attempting to turn left. Speed limits are seldom posted and are generally ignored. Speeding is the cause of many fatal traffic accidents in Haiti, as are overloaded vehicles on winding, mountainous roads and vehicles without brakes. Poor maintenance and mechanical failures often cause accidents as well. Right of way is not widely observed in Haiti, and there are few operational traffic lights or traffic signs.

These descriptions certainly explain Dr. Sloand’s decision to charter a flight from Port-au-Prince to Jeremie, rather than going overland.

As romantic as the notion might be, I have no intention of meeting an untimely end in either an open bus or a roving musical flash mob. I feel confident, though, that with preparation, good judgment, and awareness of our surroundings, our group will have no problems while in Haiti–travel advisory or no. 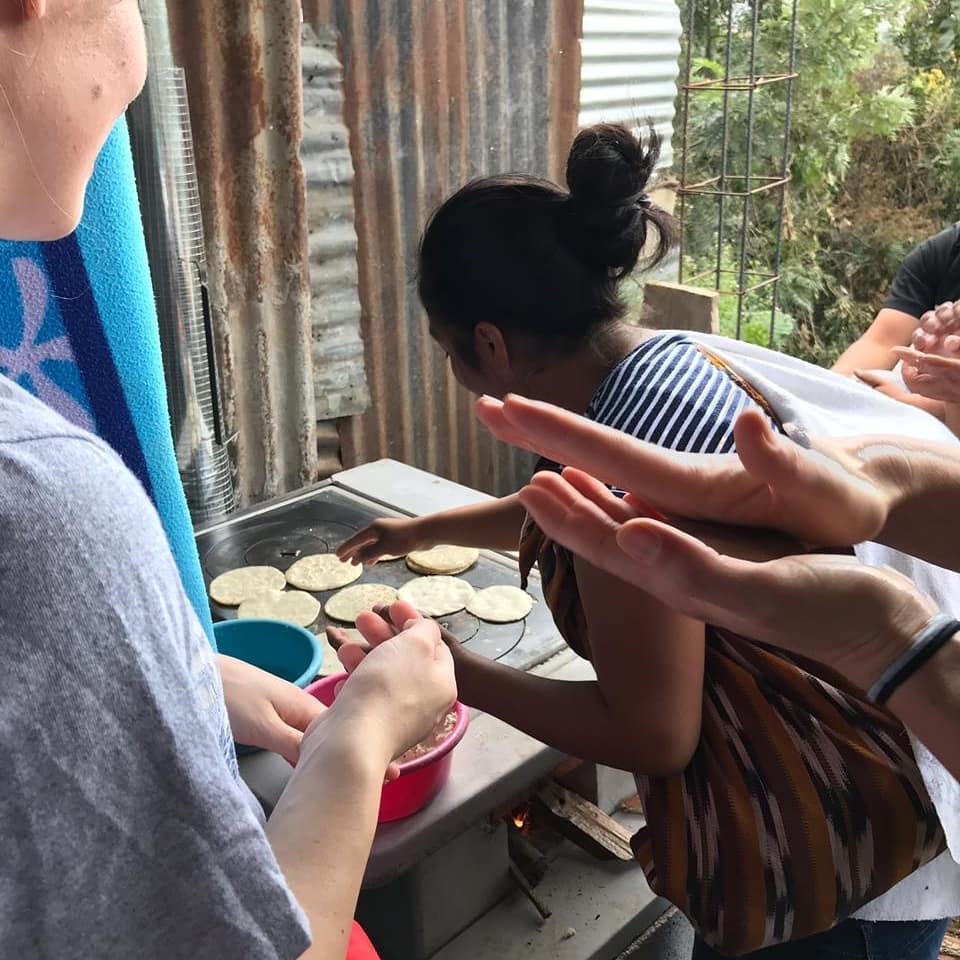 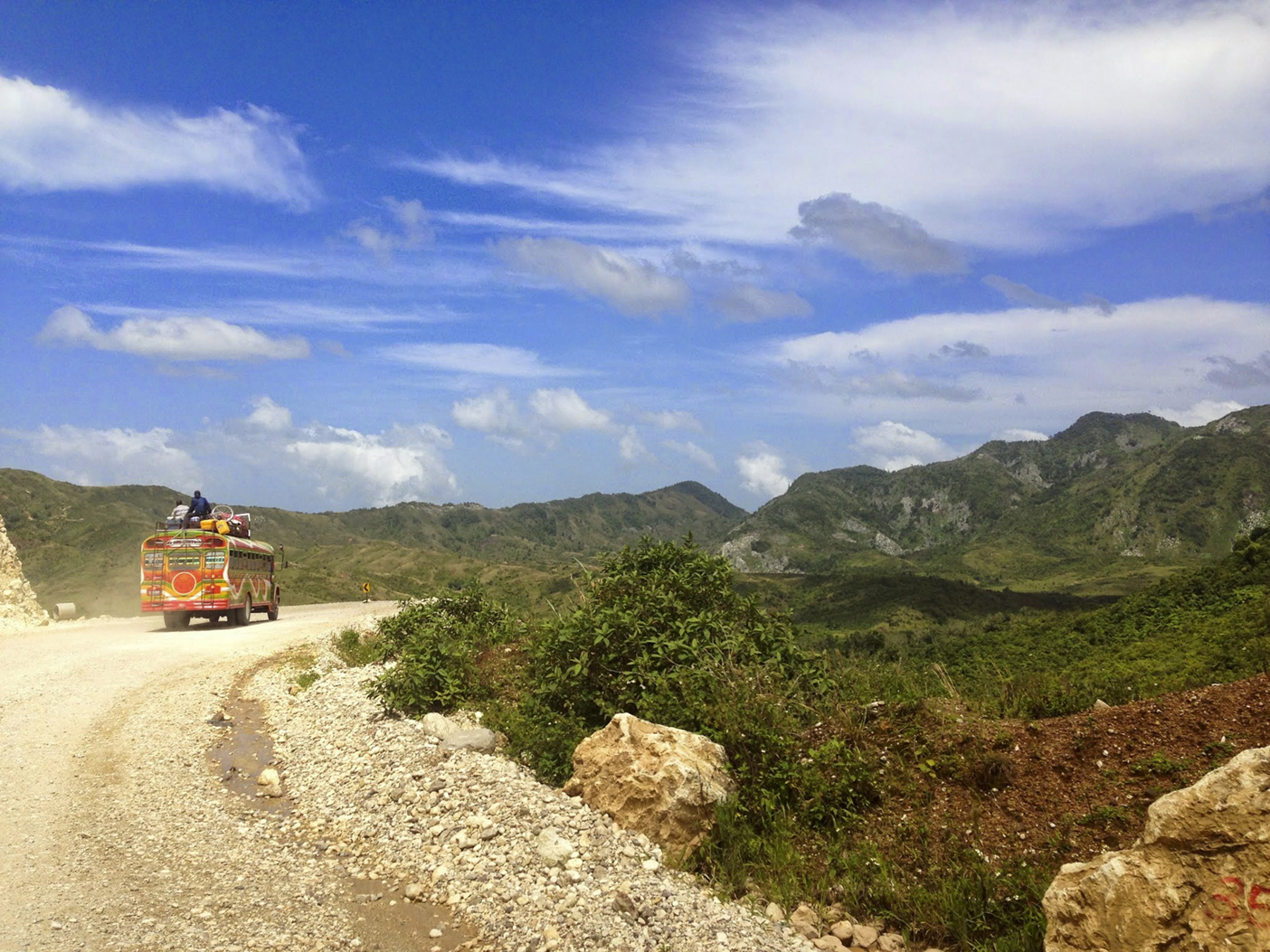