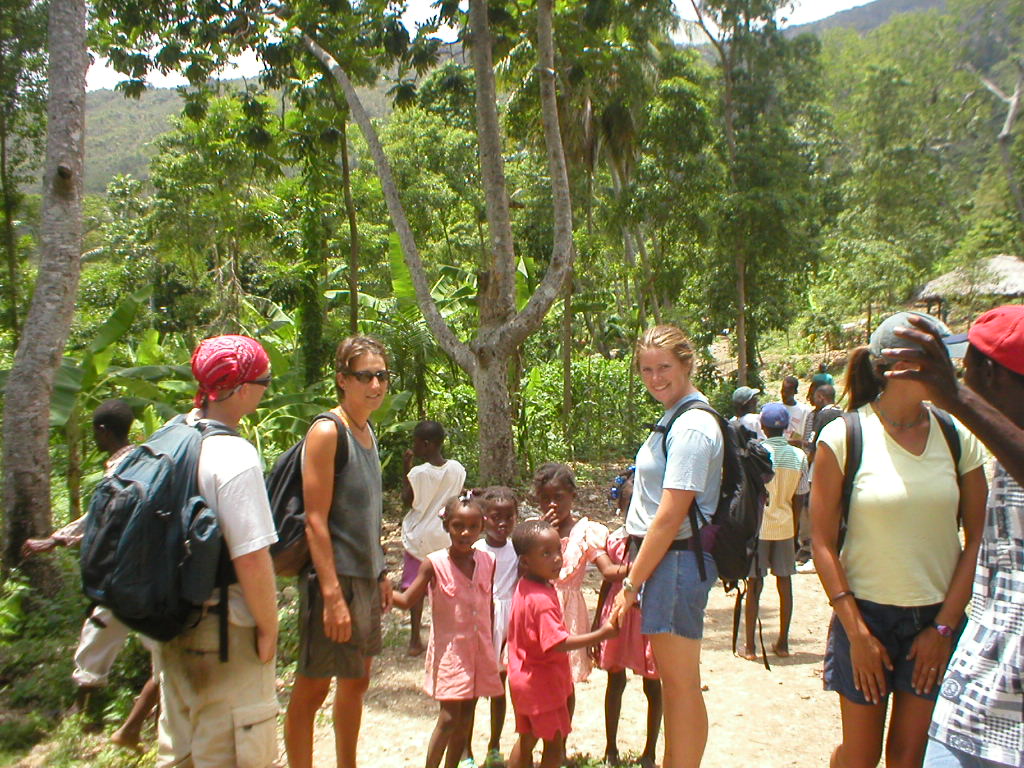 I just found out that I’m going to be doing my Public Health Nursing clinical next spring in Haiti! It’s a relatively short stay in the country–10 days including travel time–but I think that those ten days will be fairly condensed. I will be traveling with seven other nursing students, an instructor, and a graduate student.

While we’re there, we will be:

The clinical rotation will consist of pre-trip planning and preparation, the trip itself, and post-trip follow-up back in Baltimore. I’ll be missing some classes, but not enough to make me worried (particularly as I have decided to cut my course load in half next semester).  The prep-work we’ll be doing will include work like visiting embassies/congressional representatives, getting a community assessment together, preparing intervention materials, and fundraising.

I’m getting really, really excited about this. I’m so glad that my application was accepted.

I’ve been to Haiti once before, not long after my 18th birthday. I was onboard the schooner Harvey Gamage when we made port in Jacmel in the spring of 2003. I don’t think we were there for longer than a day or two, but going ashore in Jacmel made a big impression on me. I still remember the sounds and the smells of the Jacmel streets. Most of all, though, I remember the profound need–I have never seen so much poverty, before or since. I watched a woman try to cook a meal for her family by burning scrap junk, the only combustible material available to her that day.  The biggest thing I remember feeling was shame that I did not have more skills to help. I made a little promise to myself at the time that I would go back, and it looks like–one earthquake and almost ten years later–I finally am.

When I first moved to Baltimore, before I was a nursing student (and when I was still a columnist for the Bangor Daily News), I interviewed Beth Sloand on what it was like to go to Haiti with a team of nurses and other healthcare workers after the earthquake. Now I’ll be going myself, as one of her students. Life’s fun like that. There’s a fabulous symmetry to it…wholly unexpected, but better than anything I could have planned.