As a senior writer in Johns Hopkins Medicine’s Office of Marketing and Communications, Stephanie Shapiro brought a special insight to her feature story, “Health Info in the Digital Age.” She spent 23 years as a features reporter for The Baltimore Sun and today, in addition to her duties at Hopkins, also teaches journalism at Loyola University Maryland. 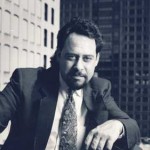 Rebecca Proch
Rebecca Proch has always believed Muriel Rukeyser’s quote, “The universe is made of stories, not of atoms.” “However, my interview subjects [for Johns Hopkins Nursing] might beg to differ!” she says. Her favorite thing about writing for “Hopkins Nurse” has been hearing and re-telling the stories shared by fascinating people. Rebecca is a freelance writer based in Northern Virginia who also manages technology and multimedia-resource projects for the arts-education programs at the Wolf Trap Foundation for the Performing Arts.

Teddi Fine
A recovering health-policy wonk turned freelance science and medical writer, Teddi Fine still harbors a childhood dream to be a simultaneous translator. But today, instead of studying Urdu or Kanji, she’s opted to be a not-very-simultaneous translator of science, as seen in “Bench to Bedside.” When she’s not poring over nursing research (as some read a good mystery novel) or crafting press releases about Hopkins nurses, she keeps her creative engine humming by designing and fabricating fanciful art jewelry.