Peace and friendship. Service to others. Helping your neighbor. It’s the spirit of the Peace Corps – and the spirit of nursing – that we hear in R. Sargent Shriver’s call to look “more at each other.”

This year the Peace Corps celebrates its 50th anniversary. Since 1961 more than 200,000 men and women have traveled to 139 countries, helping their neighbors and promoting peace and understanding between nations.

But 2011 marks another milestone: the 20th anniversary of the Peace Corps Fellows program at the Johns Hopkins School of Nursing. The program was established in 1991 (see page 61) to provide community-outreach opportunities and financial assistance to Returned Peace Corps Volunteers (RPCVs). More than 300 RPCVs have become Hopkins nurses through this program.

“I hadn’t considered nursing until I served in the Peace Corps. I realized the power that nurses have, particularly in the developing world, and how much I enjoy working at the community level to help people to help themselves,” says Devon Gershaneck, accelerated BS ’06. Today she is a nurse in the Emergency Department at the Johns Hopkins Hospital and will graduate from the MSN-FNP/MPH program this August. 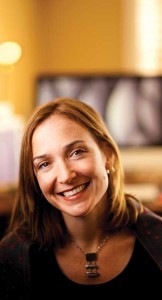 The girls in her summer-camp class had lots of questions. They had reproductive questions; they had nutrition questions.

Judith Harkins, MSN/MPH ’03, BS ’01, RN, was leading English-language lessons during her Peace Corps service in Albania (1994-1996), so she worked the girls’ questions into her curriculum. Soon, she says, “I started realizing that if I had the technical training, I could do a whole lot more.”

Harkins came to Hopkins to study nursing and public health, and then interned at Family Health International (FHI), a nonprofit that helps HIV populations in developing countries. FHI hired her as a technical officer, and today she works as a contractor with various agencies on HIV prevention and treatment.

After spending time overseas in the Peace Corps, nursing was an obvious career choice for Harkins. “For me, it was hard to think about doing anything else,” she says. 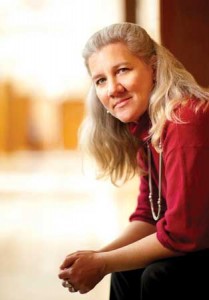 “When I graduated college, I really had no idea what I wanted to do with my life, but I knew I wanted to do the Peace Corps,” says Kimberly Connolly, MPH, MSN ’03, BS ’00, RN.

During her Peace Corps service in Niger (1995-1997), Connolly taught women about hygiene, breastfeeding, vaccinations, and nutrition at a clinic with no running water or electricity. She taught mothers how to make porridge from peanut powder, oil, and millet – “a grain that grew all over the place” – to help their children gain weight.

“I loved the health-education portion of my work,” she says. “But I wanted more of a clinical background.”

Connolly came to Johns Hopkins to study nursing and public health, but knew she wanted to go back overseas. Her work has since taken her to China, Ethiopia, Liberia, Indonesia, and the Democratic Republic of the Congo, where she spent three years rebuilding health centers and training nurses and physicians with the International Rescue Committee and the Ministry of Health.

Today Connolly is the first director of the Villanova University College of Nursing’s new Center for Global and Public Health. 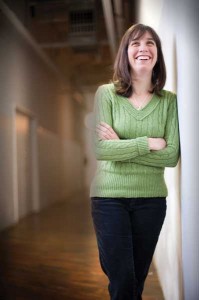 Rachel Breman, MPH, MSN ’04, BS ’02, RN, traveled to Niger’s remote villages with a generator and television. From 1997 to 1999, she taught seminars on nutrition, HIV, and breastfeeding. Along the way she realized how helpful a clinical background would be to the people she met, like a woman who had terrible mastitis.

“I’ll never forget looking at her breast,” she says. “And she was asking me what she should do. I didn’t know what to tell her.”

But Breman wanted to help. When her Peace Corps nurse told her about the Johns Hopkins University School of Nursing, “I wasn’t confident that I could get through nursing school,” she says. She went on to receive her BS and MSN degrees, and this year she came back to the school as an instructor in public health nursing.

“Peace Corps made me realize that some people have no opportunities in their lives, but I have all the opportunity in my life,” says Breman. Whatever challenges she may face, “I know I could actually do it.”

In the late 1990s, Richard Kimball, PhD, MSN/MPH ’01, BS ’99, APRN-BC, cut his hand on a door knob in Kazakhstan. As a Returned Peace Corps Volunteer (he’d served in Moldova the prior two years), he was used to this kind of inconvenience and injury, and he didn’t think much of it.

But the next day he had a red hand and a red streak shooting up his arm. He had phlebitis.

At the local hospital he suffered through harsh conditions and a treatment that didn’t work. He eventually got IV antibiotics from a Kazakh physician the U.S. Embassy. His phlebitis healed, and his interest in nursing had been sparked by seeing the good work of the nurses he met.

In the next few years, Kimball earned his BS and MSN at Johns Hopkins, and went on to receive his PhD in Health Policy. Today, he is an assistant professor at the Johns Hopkins University School of Medicine. Peace Corps, he says, “taught me how to listen to people and their stories, to listen to see what’s going on and not just [notice] a broken arm.” 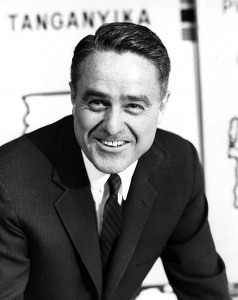 Sargent Shriver, founder of the Peace Corps, had a tremendous impact on my life. When he answered President Kennedy’s call to form the Peace Corps in 1961, he succeeded in creating a program that young college graduates could utilize to change and shape the world in which we live. In 2006, I was one of those graduates, fresh out of college, na•ve and not quite sure what was next in life, but eager and ready to serve. And off I went to China, where I spent two years serving, growing, changing, and pursuing my idealism.

Mr. Shriver, the Peace Corps patriarch, died on January 18. I never had the pleasure of meeting him, but as I spent time reading about him and his inspiring legacy of selflessness and philanthropy, my heart was heavy as I thought about the loss of such a strong pillar of service. Everything that I read spoke beautifully about his dedication to fighting inequality and injustice, and I feel honored to have worked as a part of one of his programs.

My roommate, Jackie, a fellow RPCV, and I went to pay our respects to Mr. Shriver and his family at a public wake in D.C. I was expecting the atmosphere to be somber and serious, but it was surprisingly light-hearted and joyful. Scores of people were there, crowding the church, and I soon understood why the mood was so light; it was truly a celebration of his life and his tireless work.

I met Mr. Shriver’s children and grandchildren, and when I introduced myself as a Returned Peace Corps Volunteer, they immediately thanked me for my service and asked me where and when I had served. In talking with his family, it was obvious that his charm, his passion, and his commitment to service will survive and thrive. His light and love for others was radiating through all of them. One of his grandsons, a freshman in college, was already aiming to join the Peace Corps after graduation, and I have no doubt that he will experience the same success and growth that I experienced.

I never met Mr. Shriver, but after meeting his family and learning more about his life and work, I now feel as if he’s an old friend. As a nurse, I aim to work in much the same capacity as Mr. Shriver did, to stamp out injustice and inequality, to create communities of caring, and to serve the under-served. I honor and appreciate his commitment to service and will strive to continue his legacy.

Kari served as a Peace Corps Volunteer in China from 2006 to 2008, realized she wanted a “more hands-on approach” to serving others, and is now a nursing student in the traditional class of 2012.