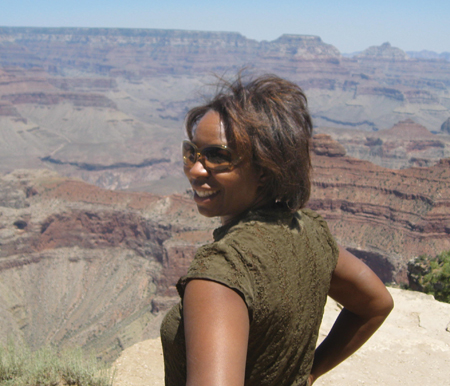 Even During Vacation, a Nurse is Still On the Job

In Lynn’s own words, she tells us how our profession calls us when we least expect it—and we act.

This began as a lovely trip with my family to Sedona, where we planned to head to the Grand Canyon to see one of the Seven Wonders of the World. On this day, however, we boarded a train to see the Verde Canyon Valley.

Not long into the trip, I heard a message from the train staff, “Is there a doctor or nurse on board?” My husband tapped me on the shoulder and said, “I think they need your help.”
I gathered my things and headed to the air-conditioned cabin in the back. There sat an elderly woman. Near her was another woman who stated she was a school nurse, the tour-bus guide, and several staff members from the train. They all looked frightened.

The first question I asked was, “Who is this woman?” It seems they only knew her first name; for this story, we will call her “Agnes.”

Apparently, Agnes had paid for a bus tour and train ride. She was traveling alone. One of the train staff informed me she had vomited eight times in her hot cabin. It was 105 degrees outside that day.

I approached Agnes, thinking, I need to start doing my ABCs. I took Agnes’ pulse, which was strong and regular at 60 bpm. She was breathing regularly, but was thirsty and dehydrated.

I quickly figured out that Agnes was probably hard of hearing. I asked her several questions in each ear, “Is there anyone I can call for you? Does anything hurt?” She tried to move her lips but was unable to utter a word. She attempted to move but could not do that either.

Turning Back
The train team asked me what I wanted to do.

That’s exactly what they did.

Getting Help
The train team brought me a defibrillator “just in case.” I was able to get ice chips down Agnes, which she tolerated.

But we needed to know more about her. We found Agnes’s physician’s phone number in her purse and gave her a call. I give an assessment and asked for any information to establish a baseline and help us stabilize her patient. She was able to tell us the patient’s medical history and encouraged us to get to a medical facility as soon as possible.

After about 45 minutes, the train came to a complete stop to allow two paramedics aboard who had traveled down the tracks to meet us. They asked me, “What do we got?,” and I gave them my assessment of the patient. We began by taking her blood pressure (220/130) and other vital stats. We started an IV and placed a pacing EKG. We worked on Agnes as a team.

Why Did I Help Her?
We rode together for another 50 minutes, and were greeted by eight paramedics and two ambulances at Clarksdale. I carried the IV bag while the paramedics transported her off the train and onto a gurney.

I went back to my seat where my family was sitting only to be greeted by passengers standing and clapping. I exited the train and received hugs from several passengers.

One retired nurse stated that she never felt safer to be on a train knowing what I was doing for this woman. Another woman asked, “Why did you help her?” My response was, “I am a nurse; this is what I do.”