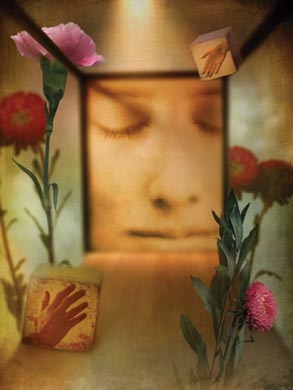 Witnessing Death is Difficult, but It’s a Privilege, Too
by Cynthia Carbo, MSN, RN,
Instructor, Department of Acute and Chronic Care 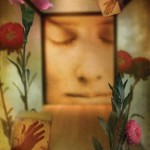 The worst fear a nursing student has is watching a patient die. We all know that it will happen eventually, but we never expect it to happen during the first month of nursing school.

When my clinical group of eight students began their fourth day on Osler 5, two students were assigned to work with Aaron (not his real name). He was in liver and renal failure and was rapidly declining.

Aaron was fed by a nasogastric tube connected to a pump, and the students took turns suctioning to keep his trachea clear of secretions. We repositioned him and straightened his covers. I glanced up at the dry-erase

board on the wall that bore the message: “We love you Aaron!” About half a dozen names were listed below. I read the message and each name, asking Aaron, “Is this your family?” He nodded weakly, mouthing: “Yes.”

We promised we’d be back. Six minutes later, a technician shouted for help from Aaron’s room. He was unresponsive, his color ashen. We almost called a code, but remembered he had a “do not resuscitate” (DNR) order.

I returned to Aaron’s bed with his nurse, Michelle. We each took a hand, and waited. We each felt for a radial pulse, and found none. I listened for an apical pulse—nothing. As he took two or three sharp breaths, we stroked his hair, squeezed his hand, talked to him. I remember thinking that this was once somebody’s baby. Michelle talked to Aaron to let him know that we were with him and that we would talk to his family.

His passing was quick and peaceful. We turned the feeding pump off. At the foot of the bed and in the hallway, my students stood solemn, some tearful.

There was still work to do for Aaron. Brushing away tears, Michelle enlisted the students’ help to bathe him, change his sheets, and position him for the family members who were on their way in to see him.

We are privileged to witness birth, death, and major life events of all kinds in our work with patients. Encouraging healthcare team end-of-life discussions with families is one of the many critical actions that nurses perform. I am grateful for nurses like Michelle, who taught my students by her caring example, and for the students, who faced their worst fear and learned to be present with patients and families—in all of life’s moments.