Though a doctor was shot, Hopkins staff remained calm, professional, and committed to patient care.

On Thursday, September 16th, Dr. David Cohen was shot in the hallways of The Johns Hopkins Hospital. Paul Warren Pardus, 50, blamed Cohen for paralyzing his 84-year-old mother during surgery, shot him in the abdomen, and then barricaded himself in a hospital room.

Hopkins’ entire East Baltimore campus went on lockdown, with police, FBI, and SWAT teams flooding the streets. Before the afternoon was over, Pardus had killed both his mother and himself. Dr. Cohen, fortunately, is making a good recovery.

Johns Hopkins Nursing magazine received emails and blogs from many of the nurses, nursing students, and patients who were in the school and hospital that day. In their own words, here are their stories.

What a Day
by Diana Ziser, Accelerated ’11

For my clinical group and me, it started out as a normal day. … and then around 11:20 am my instructor got a call from his wife. “Ohhhhkay. I’ll call you back.” He shot up from the table we were working at, looked at us and said, “You guys stay here. There is a shooter in the building.” 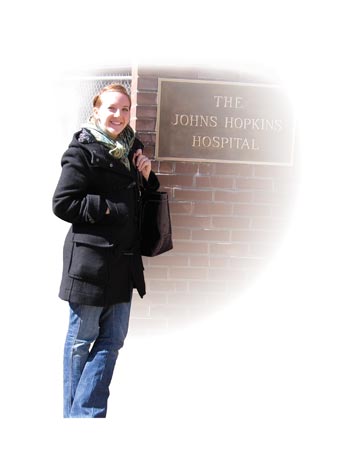 I sat in my chair and felt like my heart had dropped to my feet. All eight of us looked around the room at one another, “What?”

Over the next three hours we watched the news and waited for updates from the hospital. The patients were so wonderful, and despite the fact they were sent to their rooms and were really hungry, they stayed in their rooms and were very compliant. Nurses and docs on the floor did what they could over the next three hours we were in lockdown—continuing assessments, giving meds, and providing therapy.

Eventually we were cleared to head down together to go back to the School, which had also been on lockdown. We were ushered into the auditorium, where [Sandra Angell, Associate Dean for Student Affairs] addressed us kindly, gratefully, and respectfully. What a day!

I am so incredibly grateful to the hospital and to the School of Nursing for doing an amazing job of ensuring our safety and well-being. As scary as the whole situation was, I never felt like I was in unsafe hands. We were always informed as to what to do, and as horrible as the situation was, we all got through it.

Nursing and Medicine are about helping, healing, and giving hope, and as a future nurse I pledge never to let violence and anger win in my profession.

Absolutely Superlative Care
by Sergeant Rod Hemphill, who was a patient on Nelson 8

They evacuated us to the cafeteria. As we got off the elevator, we saw maybe a dozen ambulances outside the main hospital entrance and SWAT team police swarming all through the corridors. One officer ordered another to “get all those pedestrians out there on the street out of the line of sight.”

After a couple of hours at the cafeteria holding area, I was moved again to Weinberg and put in a cubicle in the Post Anesthesia recovery area, and then eventually moved to a room a few doors down from my original room of the week before.

This is the only shooting that has ever occurred inside the hospital, even though its location is not in a very good area. I should also mention the absolutely superlative care all of us received in all areas of the hospital—not just during this evacuation event, but at all times from admission to discharge.

From the hospital administration personnel to the nurses and even to the man who scrubbed the floor, it was as though literally every person had a personal mission not only to do their part to get us well, but to look for opportunities to meet our needs and make us comfortable! I have been a patient a few times, and I have spent a lot more time as a pastor visiting in hospitals all across the Baltimore/Washington/Annapolis area over the last 45 years, and I have never seen anything like this.

It’s the day after the shootings at The Johns Hopkins Hospital triggered a complex-wide lockdown and made national news, and I’m thinking about security—both in practice and in perception. 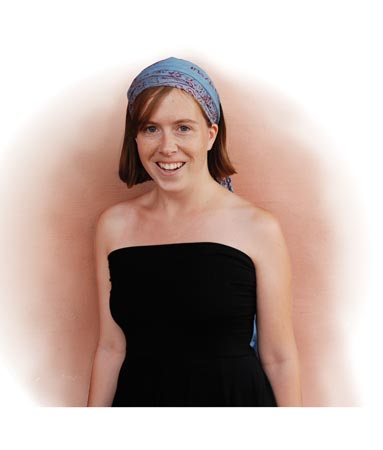 When we’re at the periphery of an event, the first way we gauge its severity is by the official response. If a single cop shows up, it’s not that bad, right? But if the SWAT teams come in, then it must be huge. There’s undeniable common sense in that logic. But at the same time, it means that some of the biggest responses—which create the most secure environments—can scare us into feeling much less safe than we actually are.

To walk away from yesterday’s events with an increased feeling of danger is, I think, a mistake.

Talking about it later on the phone with my mother, she compared it to a time in her youth when, during the race riots, the National Guard was stationed at the end of her block. “It was scary, to have men with guns on my street. But it didn’t mean that I was less safe. It was just that I’d never had to be kept safe before.”

The now-ubiquitous photo of a sniper stationed facing the hospital was taken at the main entrance of the nursing school. You don’t get much safer than having a sniper guarding your front steps.

Even more compelling, though, was the emotional response of the community itself. As I walked home yesterday afternoon, a dozen people—from the neighbors who knew me to people on the street who simply saw my JHU ID badge—stopped me to ask about the day’s events. Moms, mechanics, even the FedEx delivery guy wanted to know how things were up at Hopkins.

“Quite a scare, huh?” one man said to me. “I’m glad that the doctor who got shot is going to be okay.”

“We’ve been praying for all of the staff at Hopkins all day,” another woman told me from her front steps as she joggled a baby on her lap. “What a terrible, crazy thing to happen!”

What happened yesterday was significant, jarring, thought-provoking and tragic. I can only imagine what the men and women on Nelson 8, the floor where the shooting took place, went through, and what they’re still going through as they deal with the emotional aftermath. But this tragedy doesn’t make me feel like I’m in any more danger. If anything, the quick, concerned, and thorough response—and the fact that staff at JHH continued to treat all of their patients during the lockdown—has me more reassured than ever.

“Stay safe, chica!” my neighbor yelled at me from her second-floor window this morning as I packed my BP cuff, stethoscope and scrubs into my bike panniers. I have every reason to believe that I will be doing just that.

Yes, I was there… working at Johns Hopkins Hospital at the time of the shooting. I work in the NICU (Neonatal Intensive Care Unit), which is adjacent to the Nelson building where the shooting took place. We got word swiftly via our paging system and immediately our unit was secured. No one entered or left for three hours during the event. I am proud at how well our leaders handled the situation. Our Nurse Manager was keeping our NICU parents at ease and no one was worried about our own safety. All we could do was pray for the doctor who was shot by the gunman.

Needless to say, the day was eventful and now the most memorable to date in my 25-year career at Johns Hopkins. Please keep everyone involved in this in your prayers!

Ensuring a Culture of Safety
by Karen Haller, PhD, RNVP of Nursing and Patient Care Services

The tragic events of September 16th left us feeling sad and vulnerable. By the end of the day, we understood that a distraught son of an inpatient had shot and wounded one of ours—a physician—before fatally shooting his mother and himself. Both the Hopkins community and the public were stunned. 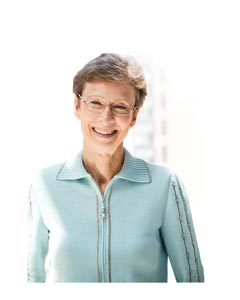 Some in the public were equally stunned that the hospital did not close. Johns Hopkins never closes. Our nurses and other clinical staff took care of over 1,000 patients during the crisis. Staffs were calm and professional, and patients felt safe and secure.

The event sparked an outpouring of support from the national nursing community. Jeanne Floyd, Executive Director of the American Nurses Credentialing Center, wrote that “such acts of violence are beyond comprehension in an environment meant to heal,” but also expressed unwavering confidence in the abilities of our interdisciplinary teams to manage the event.

Gladys Mouro, Chief Nursing Officer at the American University in Beirut, noted that the day’s events may become a “sad memory difficult to erase.” Mouro has seen multiple cases of violence within her hospital during years of war, but expressed confidence in our professionalism and our resilience. Both Floyd and Mouro have been at Hopkins, and know us well.

The event triggered a national re-examination of how hospitals can prevent violence by patients and visitors against health care workers. While the media focused largely on the use of metal detectors, gun violence in hospitals is rare. Kathleen McPhaul, Assistant Professor at the University of Maryland, noted that violence by patients who use their hands to assault staff is far more common. Writing a commentary in the Baltimore Sun, with Jane Lipscomb, she noted that although such assaults are not fatal, they can be life-altering and career-ending. We need to focus on preventive measures for all types of violence.

Others called for a re-examination of how clinicians deliver bad news to those who are already under stress, and more clinical education on working with families who are having difficulty coping. Hopkins executive team has been weighing these suggestions and all others brought forth by staff to ensure a culture of safety on our campus.