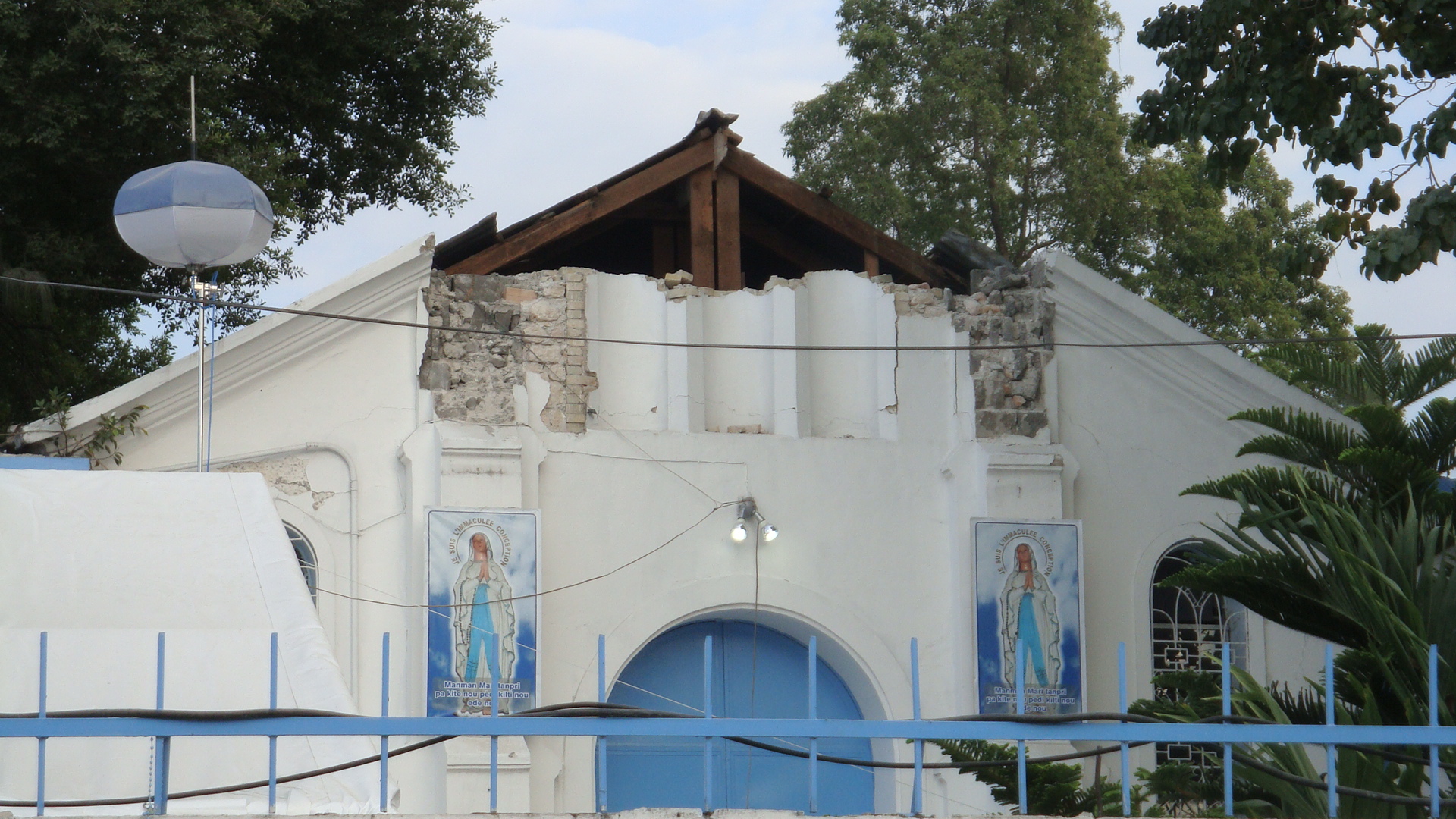 After my latest trip to Haiti last month, I have been asked by many about the changes I noticed. Are things getting better since the earthquake? Are things worse? Although my time was spent mostly in the southwest in the rural mountain village of Leon, I also spent some time at the end of the week in Port-au-Prince.

From my limited time in Port-au-Prince, it seemed that there were fewer piles of rubble, at least on the streets that I traveled. But there were still plenty. Noticeable were the many tent camps, clusters of tents everywhere and anywhere.  Some clusters were white, from a particular NGO such as CARE; some clusters of tents were a sea of blue, from another organization such as the UN; etc, etc. The obvious difference was that most of the tents were real camp-style tents with zippers, instead of the makeshift sheets and rags pulled over sticks and rods that were prominent in the weeks immediately following the earthquake. So that is a definite improvement. Still, these tents won’t last forever, and they are still tents, not homes. There was no obvious rebuilding of homes.

The streets were busy with people going about their business. It seemed that the tap taps were full to the brim as usual, women were on the side of the streets selling their wares, and children were holding hands walking along. The vibrant colors and hustle and bustle were deceptively normal-looking, and then a big pile of rubble would appear that a couple of men were on top of, picking through, looking for something of value.

I spent some time at University Hospital, where I was stationed in January after the earthquake. The large Red Cross tents in the middle of the road that were our ER and pediatric wards were gone, replaced with men working with hoes by hand, digging a trench of some sort. The church on the hospital grounds that had been boarded up and damaged was now full of people singing and praying. The church’s damaged roof remained. Most striking was the nursing school.

It had been a pile of rubble where the whole second-year class of nursing students had perished. Now, the rubble has been removed and huge Unicef tents are in the space where the nursing school once stood. I stood outside the tents on the road, and listened to some singing, then some talking. It was lunch time and the nursing students were on a break from school. But they were in school, a small miracle.

The positive signs for me were the nursing school in session, people singing in church, and the overall sense that people are busy and life is going on. The big picture, however, is mind boggling. There are so many people who are homeless, piles of rubble standing as evidence of the January tragedy, and everywhere the baseline of crushing poverty. I am hopeful that little by little Haiti will transform and people will have a better life. I just don’t know how that will happen with the seemingly insurmountable piles of rubble and the huge tangle of Haiti’s pre- and post-earthquake problems.