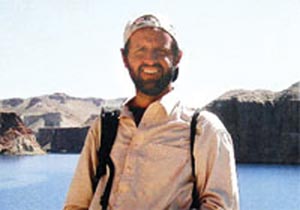 Glen Lapp, ’95, often spoke of the importance of showing love and respect to the people of war-torn Afghanistan. He couldn’t give many details about what he was doing there, but he shared his sense of purpose with his family when he could call home via Skype. 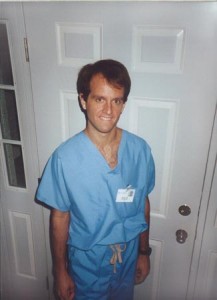 “Glen was working to bring peace to a country devastated by war…He gave assistance to people the rest of the world had forgotten,” said his cousin, Joe Lapp, at Glen’s memorial service.

Glen Lapp was one of ten aid workers killed in Afghanistan on August 5th. The international team was ambushed while returning to Kabul after several weeks of delivering medical supplies to local villages. All ten team members were shot to death and their vehicles looted.

Glen learned about the opportunity to volunteer with the Mennonite Central Committee’s partner organization, the International Assistance Mission, in 2008. He’d fallen in love with Afghanistan when he visited a friend there in 2004, and wanted to volunteer in the country where aid workers were desperately needed. Still, he consulted his parents for their opinion. They urged him to take the opportunity, knowing that he’d regret it if he passed up the chance. He took the leap, and found fulfillment.

Marvin and Mary Lapp say their son was always like that. Mary remembers that Glen loved his first nursing job, at a nursing home in Arizona, not despite of—but because of—its particular challenges.

“He told me he liked functioning in crisis,” she says. “He found it meaningful to help families through the grief process when their loved ones died.”

He was similarly helpful to Mary Ellen Francescani, his classmate at Johns Hopkins. When she went to Lancaster, PA to study diabetes among the Amish, Glen helped her with key introductions to the community—and to his brother Jerry, whom she later married.

“Glen was such a calm presence,” says Mary Ellen. She later worked with him in the ICU at St. Joseph’s in Lancaster. “He was such a great nurse, so good with people. You’d call him when you had a patient who was agitated because he was so good at calming them down.”

Glen used to tell his mother that “life’s what’s important.” And he lived: he cycled, trekked through Nepal with his brother Ernie, and played with his beloved nieces and nephew. “He loved being around kids,” says Ernie. “It was a joy to see how he was with them.”

What would Mary Lapp like to tell people about her son Glen and the kind of man he was?  “He was full of love,” she says. “We will miss him.”