Now that the Fall Semester is in session, you may notice that the lines for the JHU Shuttle have become longer. With the return of students to campus, the shuttle can get a little crowded, and you may want to adjust your schedule to make sure you make it to your classes/meetings/clinicals on time!  Here are a few tips to make sure you get where you need to go!

The route between JHU and JHMI begins service from the Homewood Campus at 6:15am Monday-Friday. The shuttle schedule only makes note of when the shuttles leave from Homewood or JHMI, so if you’re picking up the shuttle at say Penn Station or Mount Vernon, you have to anticipate what time the shuttle will arrive.  A good rule, is to show up at the stop you want to get on around the time the shuttle leaves Homewood (or JHMI). This should give you plenty of time without having to consult your high school math “If the shuttle leaves this stop at 10am, traveling at 28 MPH…”

Leave enough time between catching your shuttle and when you need to be at your destination. In the morning and evening rush the lines at the shuttle can be long, especially after 8am. Therefore, you may not actually be able to get onto the shuttle you were waiting for because there isn’t enough room left; forcing you to wait for the next one.  This may mean you’ll run late. Instead, plan to catch the shuttle that arrives before the one you absolutely need to catch, if you plan it right you catch the earlier one, if not, you’ll be in the front of the line for the next. This is even more important to those who get on at Mt Vernon, in many cases the shuttles can be packed by the time they reach this stop.

In the afternoon, try leaving a little later.  You’ll sometime notice the lines outside of the School of Public Health wrap around Monument Street and down Wolfe Street when classes are ending for the day, or around 5pm when staff get off from work.  If you try leaving a little later than usual (I don’t endorse skipping out of class/work early), the lines slack off, and you can actually get a seat on a shuttle!

In some cases the Local will arrive before the Express. You may think that the Express will always arrive at Homewood before the Local, but that is not always the case.  The Express shuttles aren’t as frequent, so in some cases you don’t need to wait for the Express when the Local is there and waiting to leave. Unfortunately, if you get off before 33rd Street, your only option is to take the Local.

Don’t hesitate to ask the driver questions. The destination sign on the shuttles don’t always reflect the right thing (I think a lot are broken), so each driver carries a placard that says “Local” or “Express”, so ask the driver what shuttle it is if you don’t see this. Especially during the rush the shuttles are running off schedule because of traffic and rider volume, so what you see on the schedule might not be the reality.

When in doubt, ask another Hopkins rider. If all else fails, ask another rider! They are all experts for navigating the systems, so use them as a resource. 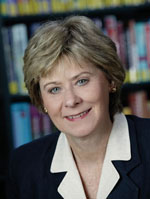