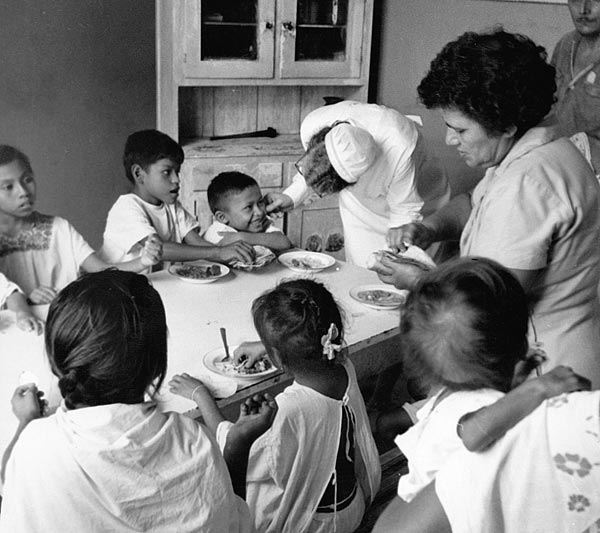 Elva McMahon Legters, ’35, visits with pediatric patients in Mexico’s Yucatan peninsula.  “I have faith in the Mayan children,” said Legters.  “Like their Mayan ancestors, they are proud and self-sufficient.  With this fine legacy they can cope with a world changing around them.”

Together with her husband, D. Brainerd, Legters devoted her life to working with the Mayan population.  As of 1961, when her story appeared in Johns Hopkins Magazine, Legters had been living in Merida, Mexico for 25 years, fighting disease, teaching people to read, and sharing her nursing knowledge.  Her house became known as the “Hotel Legters” because anyone who needed medical help was welcomed there.

When a new hospital opened in Merida, “there were ninety nurses here.  None of them were trained,” reported Legters.  The nurses didn’t know how to use charts, and most had never even taken a pulse.  Legters spent a month training the nurses, and later continued to “make rounds” and coach the supervisors.  “It’s like a shot in the arm to their morale when I get into uniform and show I’m interested,” she said.