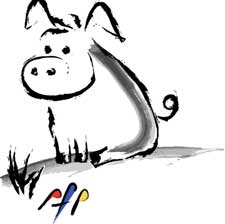 On Friday evening, the team had a meeting to plan for our presentation of the project evaluation to participants on Sunday afternoon in the village of Ciriri. The discussion became very animated, as team members had very different perspectives on the ability of participants to grow their resources in animal husbandry from a pig into an all-important cow. Cows are symbols of health and wealth in rural villages. Most families lost their cows during the years of conflict, so they lost their source of milk to reduce malnutrition in children and the families lost their ability to pay a dowry for a marriage and future family.

Several members of the team said it was perhaps too ambitious to expect participants to acquire a cow, that participants did not have the capacity to save some of the resources from their pigs given their level of poverty. My colleague, Mitima Remy, the Director of PAIDEK microfinance who co-founded Pigs for Peace along with me, was adamant that it could be done and said participants were already working toward the goal of a cow. He gave multiple examples from his experience in development and microfinance with rural villagers and reminded the team that development is a process, not a quick fix to poverty. Development required a vision and objective of what the participant wants to achieve in the future, he said. With this vision, hard work and persistence, the project and participant will be successful. Team members remained unsure of the potential for a participant to grasp this concept of a pig project allowing them to have a cow in the future.

On Sunday afternoon the participant meeting was held. Fifty participants attended to learn more about the evolution of the project. Women stood up to express their thanks for the pig, to talk about the challenges of feeding and caring for the pigs, and to discuss their hopes and plans for the future. One of the team members asked the group how to turn a pig into a cow. Two women and a man jumped up to explain their strategy to realize a cow from pig husbandry.

For example, one mama said – my pig had 6 piglets from her first pregnancy. I  used two of the piglets to pay back the loan to the association, sold one piglet to help pay school fees for children and saved the other 3 piglets to raise and breed. She said after 1 year, the 3 piglets can each give me each 6 piglets – then I could have 18 piglets to sell at $30 each. She said I will easily have the $350 to buy a cow for her family from selling pigs and she said she will still have some pigs to continue to raise and breed to help with household expenses.

The team was so pleased to hear this example, as it was not us who gave the idea of how to make a cow out of a pig, but the participant. She gave an outstanding example of development and 49 other project participants heard and hopefully started to incorporate this information into their vision for the pig and their future. I am not naive enough to think that all participants will be successful in achieving their goals, but this example reinforced our process of growing slowly with a vision of what a woman and family can do with a small push forward rather than a one-time hand out.

The evening ended with the team sitting at the village home of Mitima Remy playing a Congolese version of chess, drinking cheap wine, and laughing and talking with joy about our small success and plans for the next steps. What a good life I have!